This month, the amazing television network and godsend for all cinephiles TCM spent an entire day, a full 24 hour block, to honor the greatness of the entity known as the George Eastman House.   One of the world’s oldest museums and film archives, George Eastman House has been at the forefront of restoring some of the most classic and important pieces of cinema that the film world has to offer.   And the team at Kino seem to be in the same frame of mind.

Last week, the company released a pair of Blu-rays featuring restorations done based on archival material lent out by the group.   Under the guise of ‘The Selznick Collection,’ this pair, both films of which were produced by legendary producer David O. Selznick, share something far different.   They share the same impeccable craft, and sheer greatness.

First up, ‘˜Nothing Sacred.’

Starring the pair of Fredric March and Carole Lombard, ‘˜Nothing Sacred’ is a whip smart black comedy following the story of a woman looking for a trip to New York, that she doesn’t have to pay for.   Faking a life threatening illness, she meets a newspaperman who tells her story to the masses.   However, as things begin to unravel, Ben Hecht’s screenplay proves that in some cases, nothing is sacred.

As clever a comedy as you’ll find from this era of screwball comedy, ‘˜Nothing Sacred’, penned by the aforementioned Hecht, thrives when the actors give this masterpiece of a screenplay some room to breathe on screen.   Lombard is fantastic here as the fame starved lead, in need of a trip to the Big Apple, and March is equally as good as the man she meets on the way.   Their chemistry is beyond believable without being cartoonish or melodramatic. It’s not a spoiler to say that the two fall in love, and their moments near the end are both touching, or in the case of a bedroom-based fistfight, absolutely knock out hysterical.  Even more relevant in this Kardashianized world where fame is bought, traded or simply given to by the media, ‘˜Sacred’ and its narrative may be viscerally laugh inducing, but it’s far more than that.   It’s a pitch black story of fame gone wrong, and featuring a ton of fantastic lead and supporting performances, ‘˜Nothing Sacred’ is a witty but also quite dense piece of screwball filmmaking.

Visually, the film is as you would expect, gorgeous.   Director William A. Wellman isn’t the strongest of filmmakers, nor does he have the most artistic sense of style, but what Wellman does nail perfectly here is both the direction of the comedy, and the choreography of the slapstick moments.   There are a lot of great beats here that, in the hands of a lesser filmmaker, would have felt slight.   Here however, Wellman keeps the film’s pace at a breakneck speed, and allows for each beat to really sink in.   The film also features some killer cinematography.   Shot in Technicolor, the film is mastered from an original nitrate 35mm print from Eastman House, and it looks that way. ‘˜Sacred’ looks absolutely killer here in HD, and the Technicolor really flourishes here in 1080p.

And then there is the second of the two Selznick-related releases, Frank Borzage’s beloved adaptation of the equally adored Ernest Hemingway novel, ‘˜A Farewell To Arms.’

One of a multitude of adaptations of the story (there would ultimately be one more big screen take just 25 years following this film’s release), Borzage’s take clocks in at a rather brief (given the source material) 89 minutes, and stars the impeccable duo of Gary Cooper and Helen Hayes.   Following the story of an ambulance driver during WWI, the semi-autobiographical story centers on this man, and the nurse who he encounters during an air raid. With the war in full swing, the pair are routinely torn apart, leaving Frederic to decide what is more important to him, fighting or staying back with his new love.   The epitome of a classic romantic tale, this adaptation of the iconic novel is all that and then some.

A Best Picture nominee, this was the first film adaptation of the novel, and in many cases, is the best take.   The film stars Gary Cooper, Helen Hayes, Mary Philips and Adolphe Menjou, all four of whom give brilliant performances.   Cooper proves that he was an absolute chameleon when it comes to performances, able to jump from pre-code screwball comedies like ‘˜Design For Living’ to a hunk of a romantic lead in this picture, and his ability to give fantastic performances in each type of film is utterly uncanny. Hayes plays off him extremely well, and their chemistry is to die for.   Culminating in one of the more touching conclusions from this era of cinema, the film works as a great war film, but also a great romance drama, looking into how the effects of war bleed into other areas of life, not just the battlefield. The ending itself may be controversial (Hemingway was said to despise the happy turn the story was given), but the lead up to it, thanks to this top notch cast, is one hell of a watch.

Borzage, as a filmmaker, seems to be routinely overlooked.   This being the director’s masterpiece, one can delve into this film, and see just why Borzage (whose film History Is Made At Night can be found on the Criterion Collection Hulu Plus page) is one of the most underrated filmmakers of his generation.   This is a wonderfully stylish and emotive piece of filmmaking, featuring some of the more breathtaking black and white photography one will find from this decade on Blu-ray.   Produced by David O. Selznick, ‘˜Farewell’ has a wonderful sense of style, and a sense of melodrama that today may seem a bit out of place, hence why an adaptation of this book hasn’t been made in quite some time, but it’s breathtakingly visceral and wonderfully lavish.

As far as Blu-rays go, these suckers may be slight on supplements, but the transfers alone are worth the purchase.   Both transfers, one Technicolor and one black and white, are mind meltingly gorgeous. Toss in some wonderful sound mixing, and you have something special here.   Both releases have trailers on them, with ‘˜Farewell’ also including the always welcome if sometimes cumbersome image gallery.

Overall, these releases are far from dense, but what they do do well, is give us the best possible version of two classics from the 1930s.   Featuring reference-quality transfers given to the world thanks to the George Eastman House and Kino, these releases should be on everyone’s must-own list. 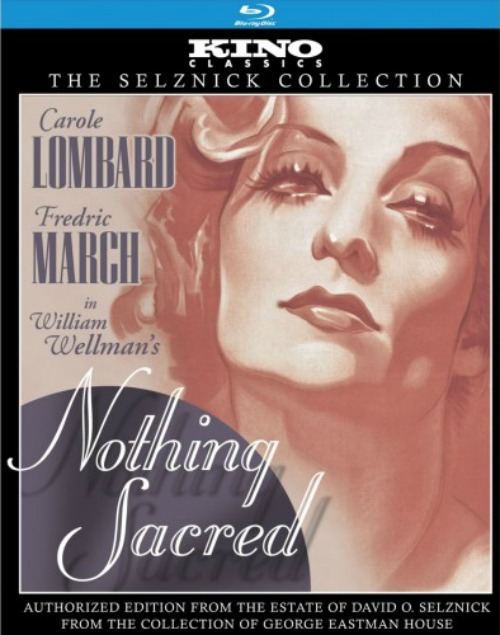 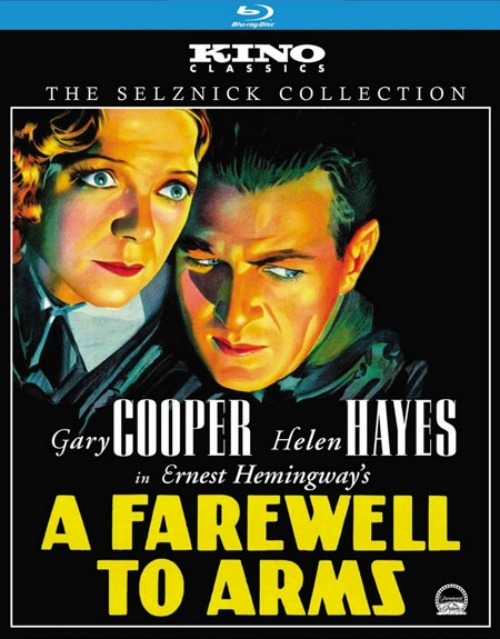