A Journey Through the Eclipse Series: Jaromil Jires’ The Joke

After spending a good chunk of this summer poring over Eclipse Series 32: Pearls of the Czech New Wave, it’s time for me to wrap up my coverage of this important and fascinating collection of six films shot between 1965-68. They document the short-lived outburst of creatively provocative experiments that took place in Czechoslovakian cinema during a period of reform and unprecedented artistic freedom within the Soviet bloc that came to an abrupt crashing halt in the summer of 1968, when the Prague Spring was crushed by military intervention and firmly centralized state control was asserted once again. This week’s film, The Joke, directed by Jaromil Jires, was actually released in early 1969 after the intellectual blockade was reimposed. It had a successful enough run, but once that was finished, the authorities clamped down hard, to the extent that the film wouldn’t be publicly viewed for another two decades, following the general collapse of Eastern European Communism in the late 1980s. 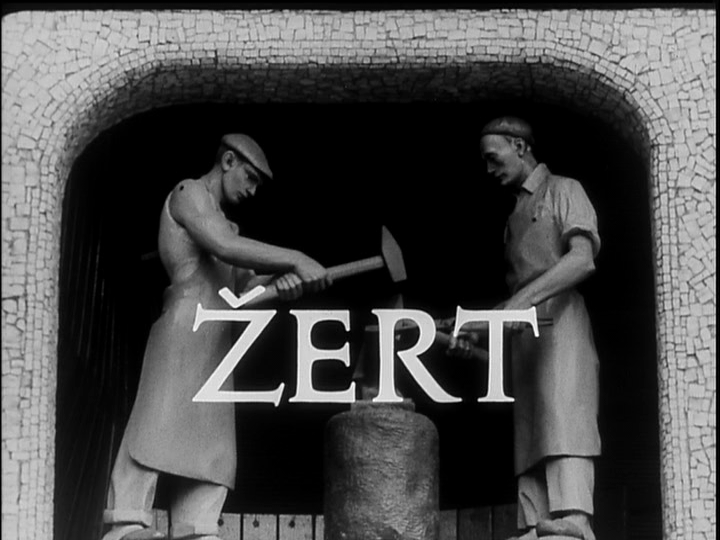 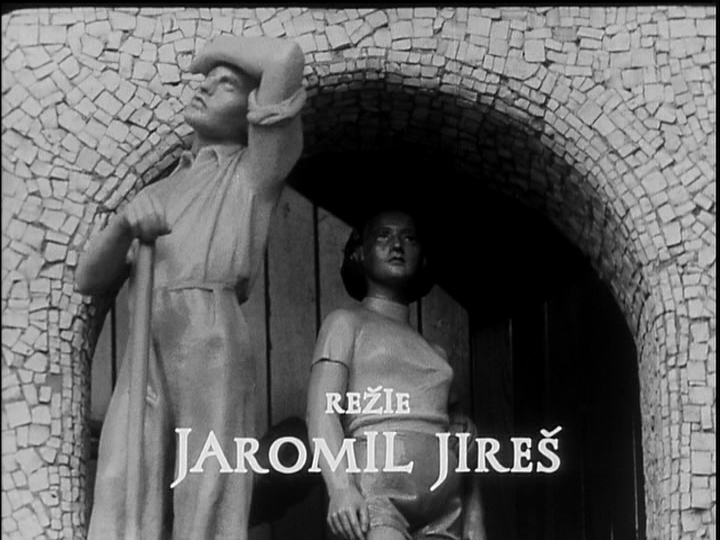 Though I never side with totalitarians of any sort, it’s not too difficult for me to see how a film like The Joke would rub them the wrong way and force their hand at imposing an oppressive crackdown on free speech. Whereas most of Jires’ Czech New Wave peers had leveled their barbs at the Marxist regime through indirect parables or slanted observations, by mid-1968, he was feeling bold enough to depict the enforcement of thought-crime persecution in plain and unambiguous view of everyone who happened to be sitting in front of the screen. Drawing blunt correlations between the emergence of a new Stalinist order in Czechoslovakia in the aftermath of World War II and the cruel hardships inflicted on those who dissented from the official party line in subsequent years, Jires and his screenwriting collaborator, novelist Milan Kundera both felt bold enough to call it as they saw it. And that proved to be too much for the authorities to handle. While their sensitivities to other films in this set that were also censored (like Daisies and A Report on the Party and Guests) comes across as over-reactive and thin-skinned, The Joke is a straight-up repudiation  and mockery of the means used by the Communist Party to keep the populace in line: intimidating committee reviews, ostracizing from loyal citizens and, ultimately, imprisonment and forced labor for those who refused to meekly comply. 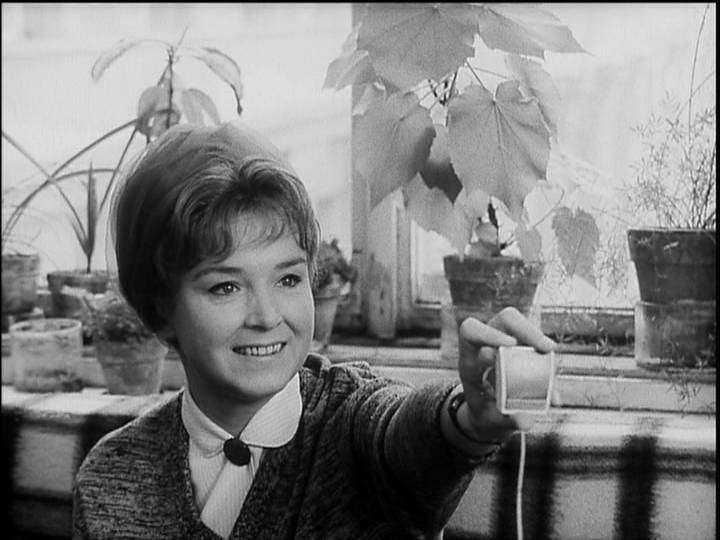 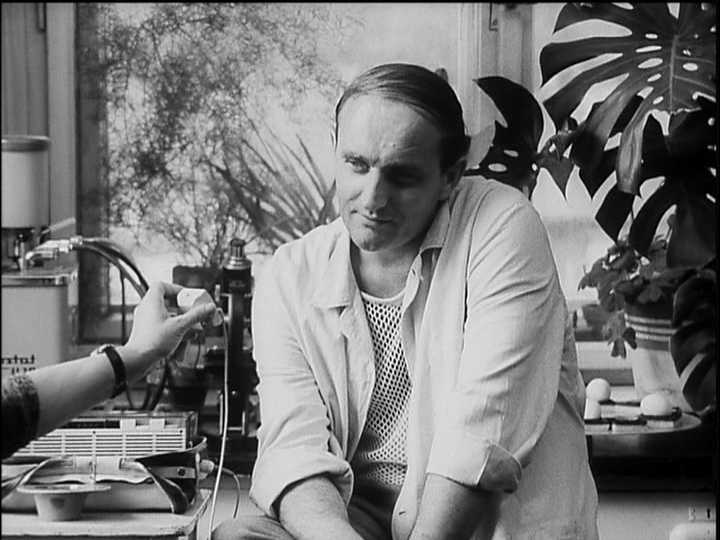 After moving through its clockwork opening credits (where all of the figures have a distinctly proletarian aura about them), The Joke opens with the return to his hometown of Ludvik Jahn, a scientist who’s been away for nearly 20 years for reasons we’ll soon discover. The location is never specified, but it’s clearly one of the lesser cities in the area, some distance from Prague, stuck in an uneasy balance between preserving cultural traditions of the past while trying to stay sufficiently modern in the face of mandated social experiments. Ludvik’s work draws the attention of Helena, a reporter who stops by his office to conduct an interview in which he describes his latest contributions to the nation’s progress. After tossing off a few vague banalities in response to her questions, Ludvik pounces on a subject much more interesting to him – namely, the seduction of the aging-but-attractive woman sitting alone with him in his office. It turns out that Helena is not only ripe for the plucking, but that, by an uncanny coincidence, she’s married to an old rival of Ludvik’s, the memory of whom pulls him back to some pivotal events in his life that took place over a decade ago. This unexpected development sets in motion Ludvik’s “cynical mission” to exact revenge upon a man who betrayed him once upon a time… 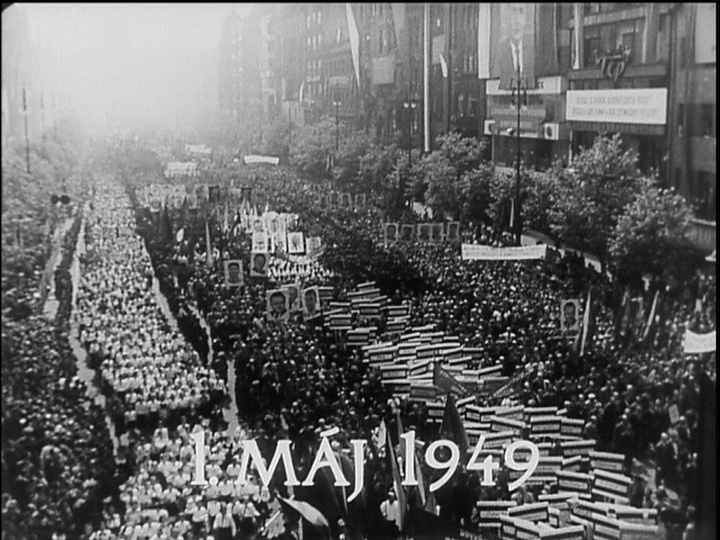 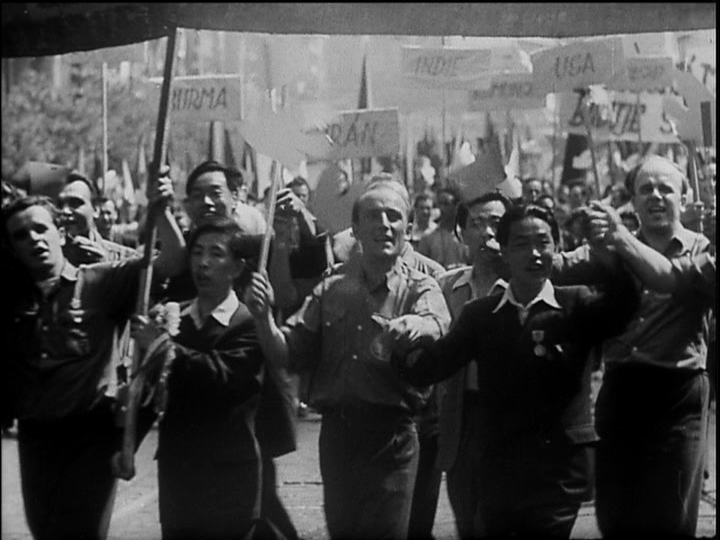 Jires incorporates archival footage from the late 1940s that surely must have triggered profound recollections for many of the older members in his audience who lived through that tumultuous postwar era, when Czechoslovakia once again found itself sitting at the crossroads of empires. A massive effort at public indoctrination swept over the populace, and their embrace of Communist ideology is easily understandable if one considers the relief they must have felt after being liberated from the Nazi occupation. But Ludvik serves as a proxy for the essentially unconquerable spirit of Czech culture, a resilience that ultimately served to thwart Stalinist ambitions for that country, though the process took several decades and a lot of hardship to complete. 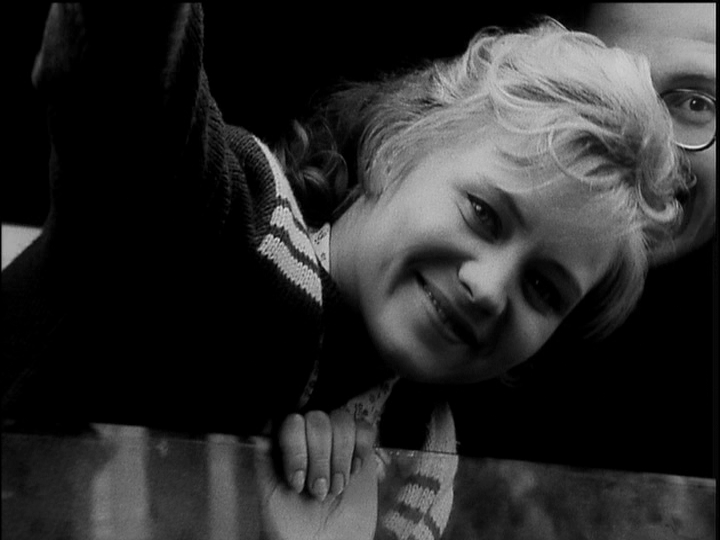 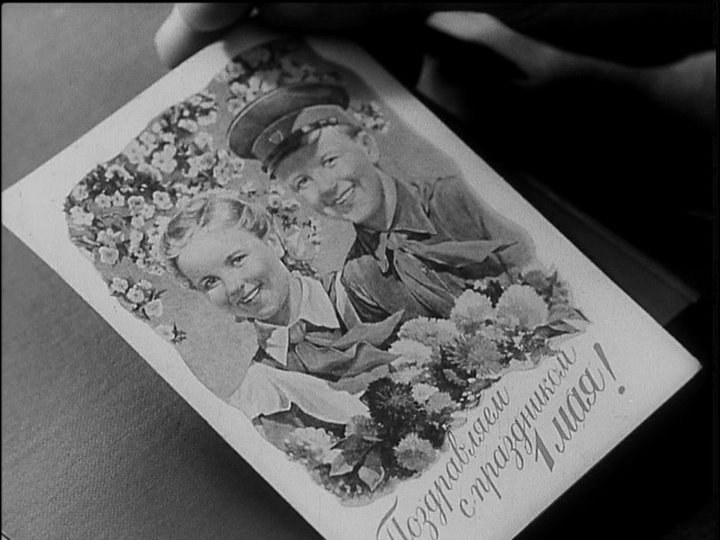 Not that Ludvik himself serves as an especially noble or inspirational role model. Indeed, a big part of The Joke‘s lasting impact is that nobody emerges from the story unscathed. Though the central protagonist serves as an admirable example of someone who refused to capitulate to state-sponsored coercion, his underlying motives are as self-serving and petty as the most obnoxiously obtuse bureaucrat. As we accompany Ludvik in his remembrance of things past, we learn that the great grievance of his life is an unrequited love for Marketa, a pretty woman with whom he fell in love as a young man. The insurmountable obstacle that stood between them was her unreserved dedication to the authority of Marxist doctrine and his insatiable desire to get in her pants, a lust that she never acquiesced to despite his most earnest pleadings and skillfully applied pressures. The ensuing frustration, felt by both, led Ludvik to make an unfortunately candid but essentially harmless joke in a postcard he wrote to her that, due to Marketa’s subservience to party decree, wound up in the hands of humorless enforcers of Communist orthodoxy. His offense? Writing these words:

“Optimism is the opium of mankind. A “healthy spirit” stinks of stupidity. Long live Trotsky! Yours, Ludvik” 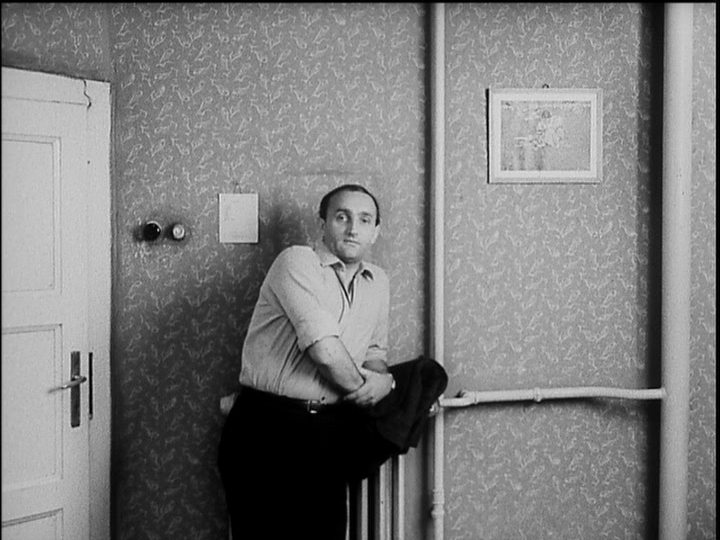 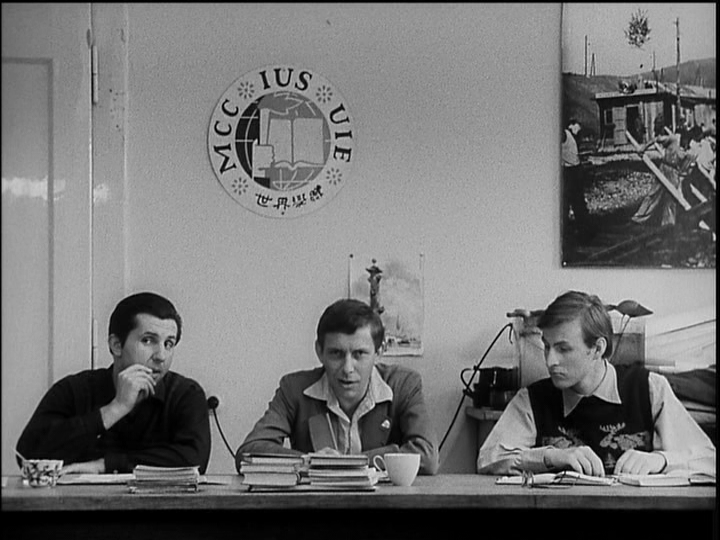 This central portion of The Joke is, to me, the most compelling and intriguing section of the film. Jares uses an effective method of intercutting Ludvik’s present-day movements in the cheap hotel he’s staying with the indelible memories of crucial life events that led to his embittered state of mind. As he seemingly idles away empty hours, his imagination is preoccupied in reliving those moments, and we see his adversaries addressing him in a direct, first-person point of view. The technique continues for the next twenty minutes or so of the film, even as Ludvik changes locations. As he instinctively follows a pretty blonde in a short dress just to see where she’s going, he’s led into a state-sponsored infant dedication ceremony, a secular baptism ceremony of sorts. His inadvertent enlistment in the “congregation” recalls the scene of his expulsion from the university, as all his classmates were compelled to raise their hand in support of his condemnation, with him as a witness. Successive encounters move him further ahead in his machinations of revenge while simultaneously filling viewers in on the various setbacks he had to experience along the way. 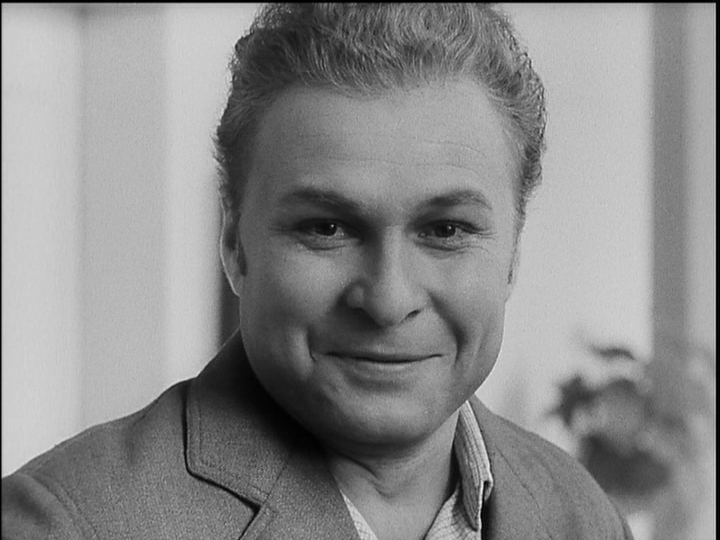 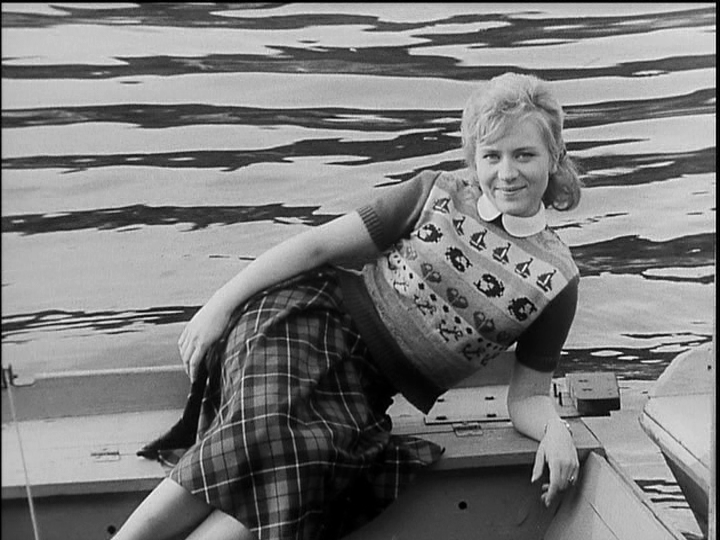 Most damaging to his ability to trust others are his exchanges with Pavel, the university colleague and confidante that Ludvik relied upon to get him out of the predicament caused by his intemperate sarcasm in the postcard to Marketa, and in Marketa’s ultimate failure to stand by him herself as the situation grew increasingly bleak. Despite her assurances that she would stand alongside Ludvik no matter what, it turned out that her loyalty was conditional on the long-range prospect that he would eventually convert over to doctrinaire Marxism. But when that hope was lost, so was Marketa’s willingness to hang in there on Ludvik’s behalf. It’s the kind of thing that can drive a man crazy, even if his own scoundrel habits are at least partly to blame.

This video clip, though long (over 14 minutes) and edited (with some key scenes omitted by whoever uploaded it) provides a generous sample of The Joke‘s most forceful critique of the Czechoslovakian government’s brutality toward its own people. It’s important to note that the subtitles you see are substantially different from what is found on the Eclipse DVD. (I think it’s from an earlier Facets Video release of the film.) The most crucial omission is that the lyrics of the songs being performed in The Joke’s present day are not translated as the film goes into flashback mode in detailing Ludvik’s ordeals in a penal military unity and working as a miner in a forced labor camp. Thus the scenes are robbed of the Kubrickian dark satire that fans of Full Metal Jacket and Paths of Glory embrace in those treatments of the rigors of military life. But maybe that can just serve as an incentive to pick up the box set itself, or at least watch the restored version available on Hulu Plus, if that’s an option. 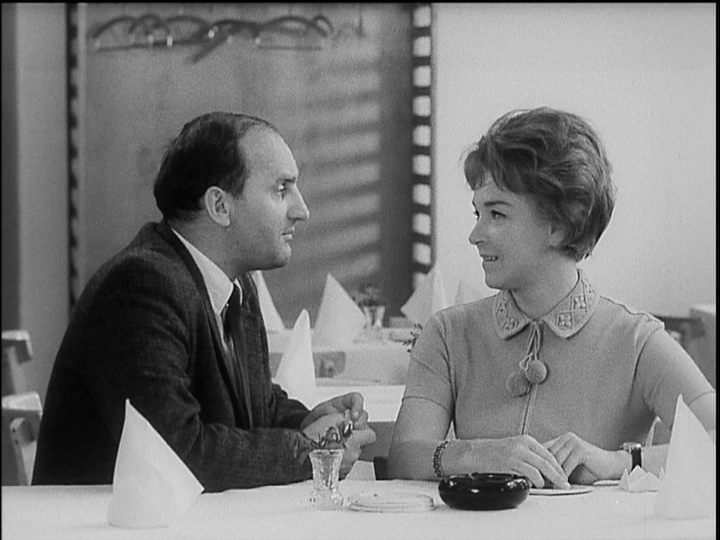 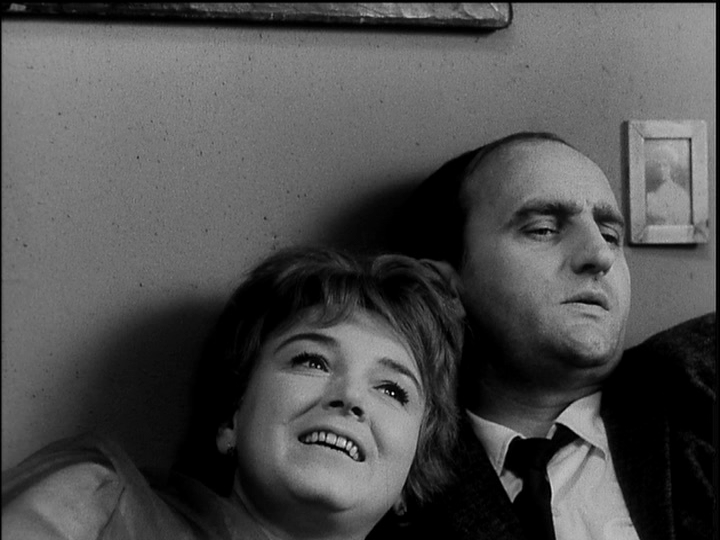 Once the extended flashback portions have run their course, we spend the rest of the time watching Ludvik pursue his retaliatory goal. Helena is invited back to meet with him, and he parlays his sharply honed skills as a skirt-chaser to woo and win her – not based on any sincere admiration for her, but purely as an act of spite that he longs to eventually throw in the face of her husband Pavel, whom he holds largely responsible for turning him in to the authorities, and failing to advocate on his behalf when it was within his power to do so. Helena is, unfortunately, just a pawn in his game, despite the obviously sincere attachment she now has for him. 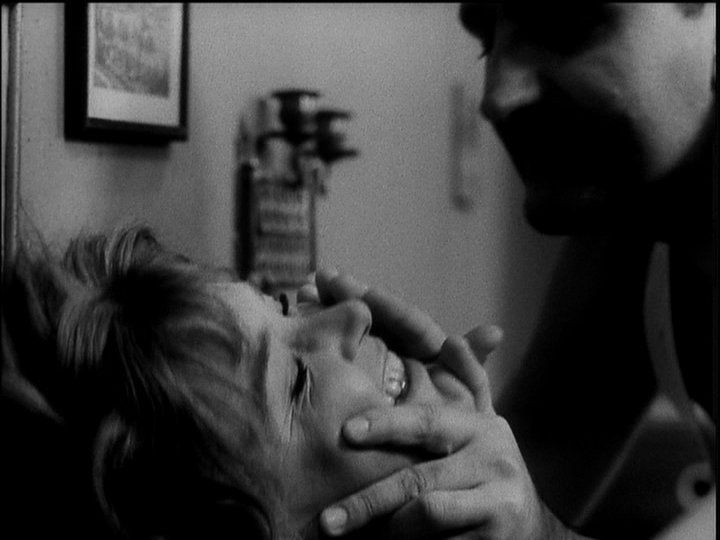 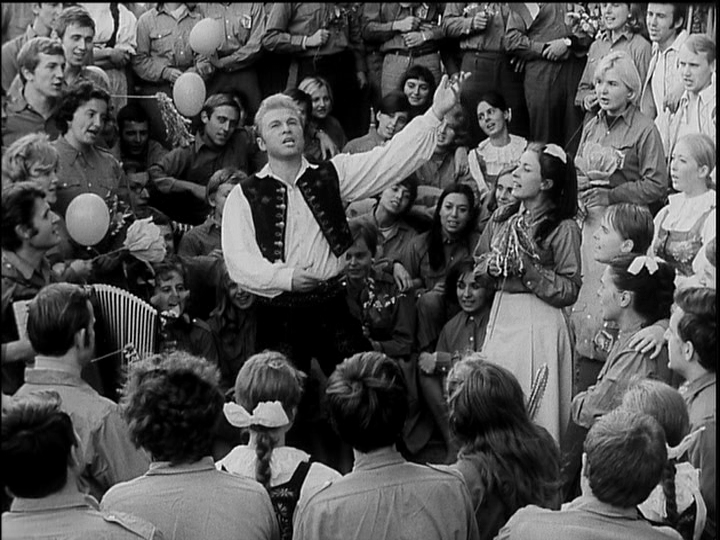 It turns out, however, that there’s more than one trick being turned in The Joke, and it wouldn’t be very sporting of me to spell out the plot twists in much more detail than I already have, for the sake of those who haven’t yet seen the film. But a few hints can safely be dropped without giving too much away. It turns out that there’s a reason why Helena is as susceptible to falling for Ludvik’s pick-up lines as she is, and it has a lot to do with how Pavel’s been conducting himself. It turns out that his past fanatic devotion to the Party has significantly waned, as he’s found a way to pursue his interests in music – Czech showbiz, if you will – and set the politics aside. 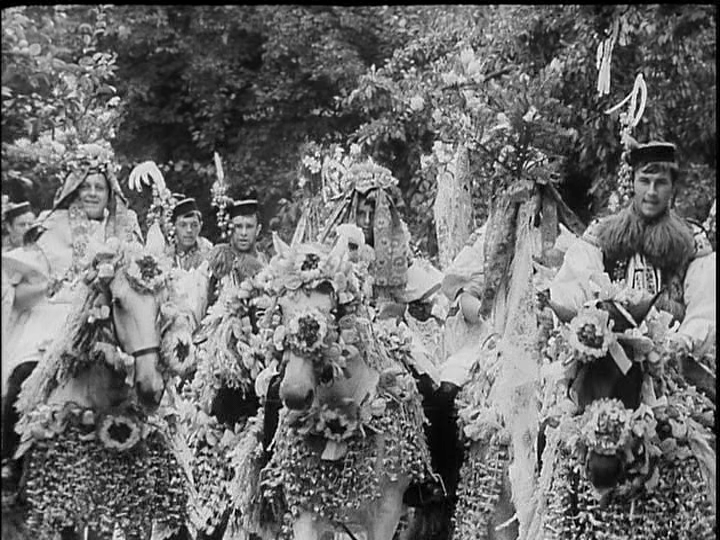 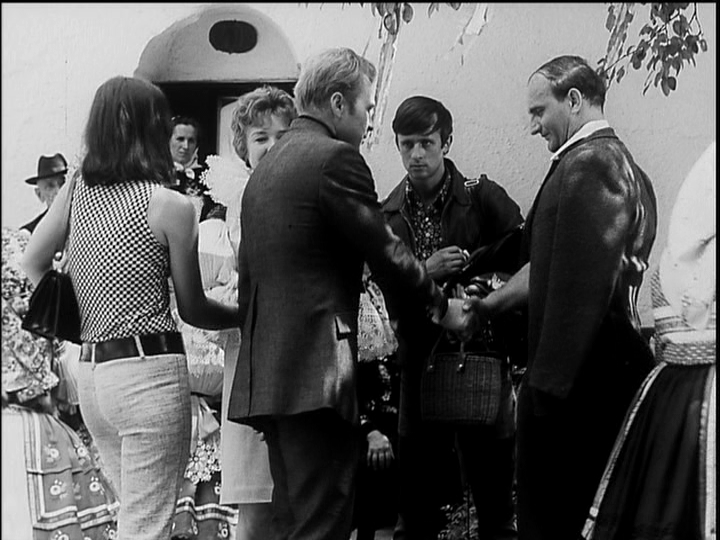 Beyond the frontal disparagement of the government’s suppression of free thought and open expression, Kundera and Jires expand The Joke‘s cultural relevance to ponder more universal themes. The unsatisfying pursuit of revenge and its illusory promise of some crude form of justice stands out, as Ludvik pursues his scheme to a conclusion that is about as efficient and perfectly realized in the deed as possible, without delivering much in the way of emotional catharsis.  Another big idea that comes to the forefront toward the end of the film is the irreconcilable tension between Czechoslovakia’s present geopolitical conundrum and its rustic, independent past. The Bohemian contentment to sidestep the ambitious striving of Europe’s mighty empires as they strut about to their own eventual destruction had served Czech culture quite well over the centuries, all things considered. Though not embracing full-fledged hedonism to the same extent that their Yugoslavian/Serbian peer Dusan Makavajev was pushing for around this time, one fairly obvious implication to draw from The Joke would be to keep the wounds and scars from our past in perspective, in order to more fully live in the moment, lest life’s most regrettable and irreversible prank turns out to be played on ourselves. 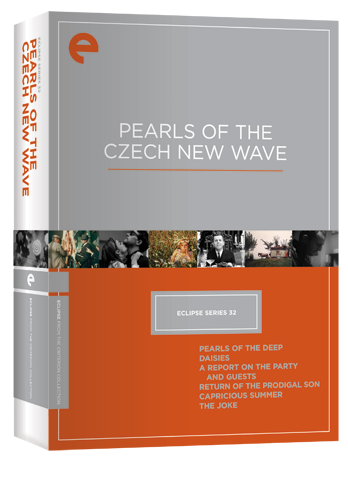 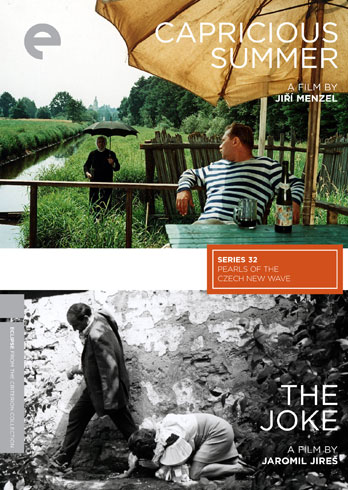