A Journey Through The Eclipse Series: Kenji Mizoguchi’s Street Of Shame

I’ll live to see what becomes of a prostitute. I’ll see it for myself. 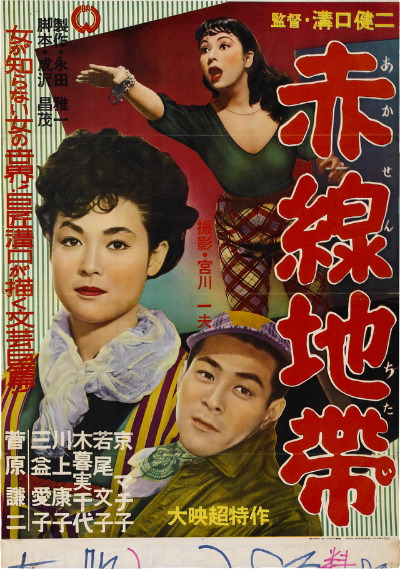 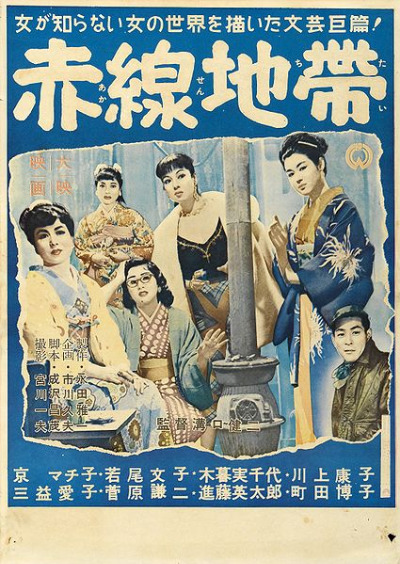 After a pair of columns over the past two weeks dedicated to the early and later films of Yasujiro Ozu, and an earlier review of Akira Kurosawa’s I Live in Fear, it seems only fitting that my attention should turn toward the last of classic Japanese cinema’s ‘Big Three’ directors. As was the case last Monday with Early Spring, today’s selection happens to fit right into my on-going project of reviewing Criterion films in chronological order. It’s Street of Shame, from Eclipse Series 13: Kenji Mizoguchi’s Fallen Women, which also turns out to be the last film that Mizoguchi ever made (and the only film I’ve watched so far from this set, which I recently purchased during Barnes & Noble’s 50% off sale) 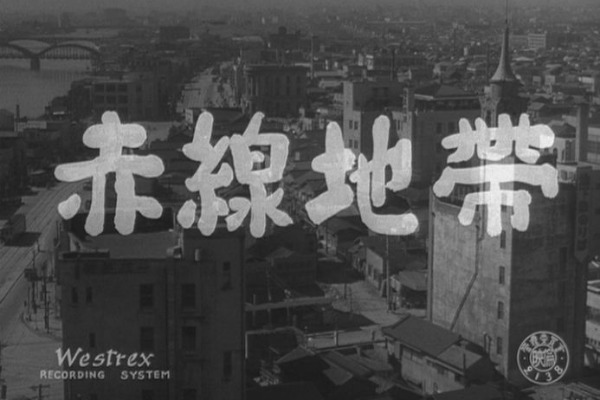 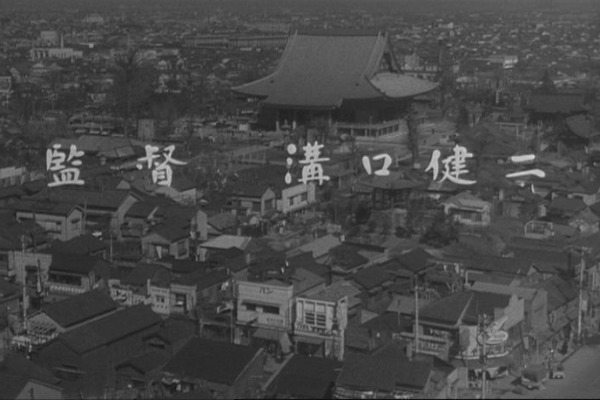 This set is somewhat unique in that it focuses more on the theme of a director’s films rather than the period they were made. Besides Street of Shame from 1956, Eclipse 13 features two movies from 1936 and another from 1948, each providing a look at what many Japanese women had to put up with due to the social and economic pressures they faced. Though I’ve only seen the one film so far, Street of Shame certainly expands my esteem for Mizoguchi’s artistic range. Up until now, I’ve been part of that group of cinephiles who think of him mainly as the guy who specializes in grand, quasi-mythic historical costume epics like Ugetsu and Sansho the Bailiff – the only Mizoguchi works issued by Criterion until this set came out in 2008. Those two films are supreme works of art, to be sure, but Mizoguchi was obviously more versatile and in touch with contemporary issues than those two masterpieces might lead us to believe. I will enjoy deepening my familiarity with his earlier works as I delve further into this set!

With Street of Shame being Mizoguchi’s last film, it marks an end of an era in more ways than one. The movie focuses on the then-legal (but soon to be outlawed) practice of prostitution in Tokyo’s notorious Yoshiwara district. (You might recall the name Yoshiwara as the place where the upper classes in Fritz Lang’s Metropolis pursued their sensual indulgences, and where the Man-Machine False Maria danced with such wild abandon.) Though Yoshiwara had served its unique function in Tokyo’s local economy with tacit government approval for several hundred years, times were changing as pressure built to make prostitution illegal across the board. One cause of the growing public condemnation was a sense that the old traditions of elegant courtesans servicing respectable men of substance had been degraded by the influx of American soldiers who took advantage of Yoshiwara’s liberties during the years of postwar occupation. This political hot potato generated debate and controversy from all sides, and one of the most fascinating subplots of Street of Shame focuses on how the proprietor of the Dreamland brothel presents himself as a solid, sensible businessman and benefactor of the women he ’employs.’ Though it’s pretty clear to me that his enterprise is based on rank exploitation and a deliberate effort to create prolonged, enforced dependency among the women of the house, the economic principles he adopts aren’t that much different than the basic elements of capitalism, when it gets right down to it: pay them just enough to get by and look for opportunities to bury them in debt! 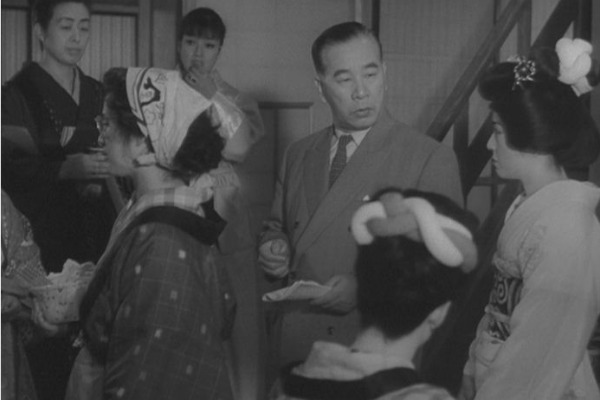 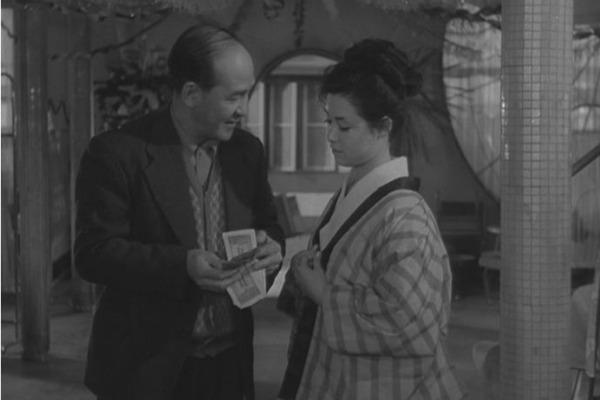 But as I said, that’s just a subplot. Mizoguchi’s main effort is to draw our attention to the women’s personal stories in their workaday world at a run-of-the-mill whore house, and to touch our empathetic nerves. In this, he succeeds magnificently by creating an ensemble cast of memorable characters who each develop realistically, revealing aspects of what led them into the sex trade over the course of a briskly paced hour-and-a-half. The women range in age and experience, and each harbor their own aspirations. For Yorie, it’s the prospect of finding a husband who will enable her release from working as a prostitute. For Yumeko, the goal is earning enough money to return to her hometown and reunite with the son that sheer poverty forced her to leave behind. Hanae has no viable alternative but to offer herself to Dreamland’s customers, since her husband is too sick with tuberculosis to support her and their infant son. Yasumi, the most classically beautiful and desirable among this assortment of prostitutes, boasts a ruthlessly shrewd business sense among her other attributes, turning the tables of the exploitation she endures toward customers and co-workers alike. And finally, there’s Mickey, the most sensational attention-grabber of the bunch, with deep reservoirs of ‘father issues’ fueling her reckless plunge. Here’s a video clip featuring Mickey’s Dreamland debut. Keeping watching past the first couple of minutes to meet the others who ply their trade on the Street of Shame:

The actress who plays Mickey, Michiko Kyo, also boasts a pair of other top-shelf roles in her career – as the wife in Kurosawa’s Rashomon and as Lady Wakasa in Mizoguchi’s Ugetsu. I think I’ve noted and appreciated her performances in my reviews of those two films, but now that I’ve seen her in a role quite different in its demands than those earlier movies, I have to challenge the implicit sexism of why she’s not as celebrated or well-known as male actor peers like Toshiro Mifune, Takashi Shimura or Chishu Ryu. Maybe she has received her due recognition, and I’m just showing how much I have yet to learn about Japanese cinema, but as of today, I’ll put Michiko Kyo right up at the top ranks of actors from that country, period. I’m totally impressed by her ability to transition from the ethereal ghostliness of Lady Wakasa to the gum-snapping Westernized tough cookie who provides a vital counter-balance of youthful indifference and cynicism to Street of Shame‘s bittersweet sentimentality. The scene where she absorbs and overcomes her father’s manipulative guilt trip functions as the film’s dramatic centerpiece, injecting the kind of ethical ambiguity into the narrative that gives Street of Shame its ring of truth. 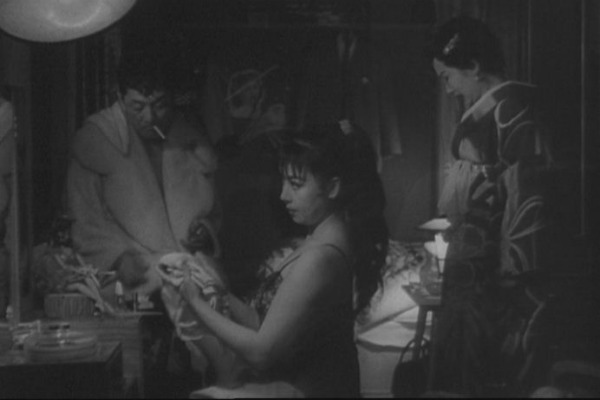 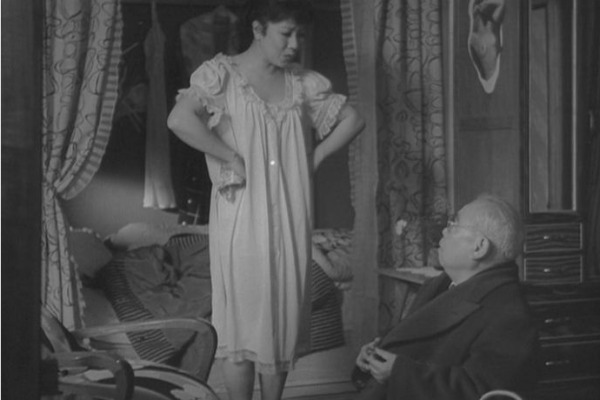 That pivotal scene kicks off the film’s final half-hour, in which the other plot threads find a degree of resolution, mainly of the heart-breaking variety, as seems to be common with Mizoguchi (see the mournful conclusion of Sansho the Bailiff for further confirmation.) Tragic elements compound on top of each other in such a way that an attentive viewer can’t help but sigh in frustration at the contemplation of each character’s plight. The threatened criminalization of prostitution may make sense as a long term plan, but obviously won’t help the women out of their current predicaments, as they will continue to bear the scars of poverty and humiliation long after their involvement in the business wraps up. Though the whores of Dreamland, Yoshiwara and the other red-light districts across Japan bear the burden most explicitly, Street of Shame captures on film the weight of culturally-approved victimization and even violence that women in male-dominant societies must often endure. The film’s powerful conclusion, showing a new recruit, recently hired to fill an opening in Dreamland’s staff, cowering behind a pillar while Mickey drums up some customers to initiate her into the business, reminds us that though laws and customs may change, the existence of a powerful, entrenched status quo that unhesitatingly exploits the dependent and vulnerable remains constant – a fact of life that we cannot avoid. 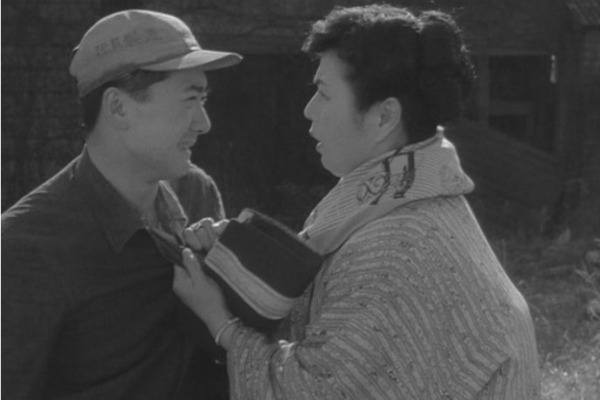 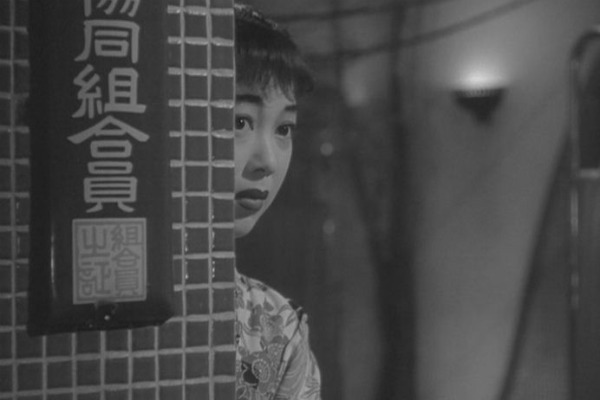 Another surprising and satisfying element of Street of Shame that I want to bring to your attention is the unexpectedly avant garde soundtrack composed by Toshiro Mayazumi. I haven’t taken note of his work until now, but he did collaborate subsequently to this film with Ozu (Good Morning, The End of Summer) and Shohei Imamura (Pigs and Battleships) so I have that to look forward to. The opening credit music, using proto-space-age electronics, disjointed female vocals, asymmetric strings and tape edits, creates an odd sense of disorientation as it accompanies a long slow pan shot of what I presume to be Tokyo’s Yoshiwara district, featuring landmarks undoubtedly familiar to Mizoguchi’s original audience. I’d love to see what that section of town looks like today! Here’s an audio clip to listen to for yourself: 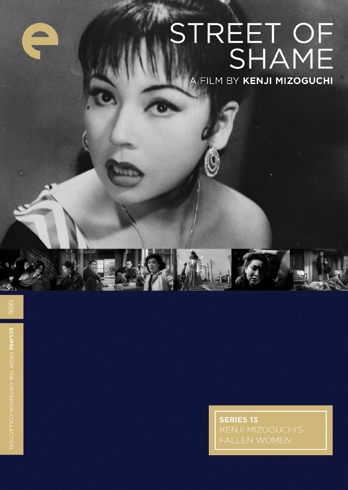 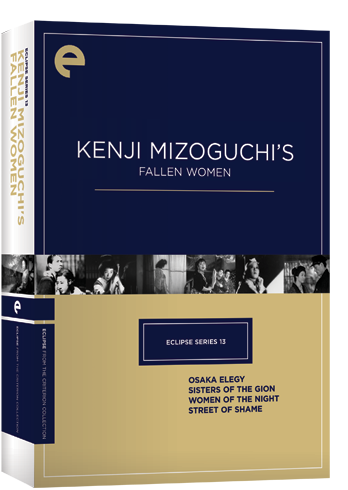