Last week saw the release of the first new set from the Eclipse Series since late last year, box #38: Masaki Kobayashi Against The System. For me, and for that select group of Criterion fans who take a special interest in this sideline label of obscure and little known films, it’s an auspicious event, one that we’ve been eagerly awaiting and are now happy to celebrate – especially since we do so with the slightly troubled awareness that it may be our last chance to do so for awhile, at least. There are no more Eclipse sets scheduled until September at the earliest (we’ll see what happens on May 15 as to whether or not we extend the waiting game out another month), and that precipitous decline in the frequency of new additions to the Series has prompted speculation that this DVD-only, no supplements format may  be getting phased out as Criterion’s emphasis shifts over to upscale blu-ray releases for the collectors and the Hulu Plus streaming service as the most efficient way to get the full library of Janus-distributed films onto the TVs, monitors and mobile devices of their audience.

But so much for all that idle prognostication – at least for now. Even if this turns out to be the last Eclipse Series release for the foreseeable future (or – gulp – ever!), I’d have to say that it’s ending on a high note, by issuing a quartet of important, formative and fascinating titles from one of Japan’s greatest and most celebrated directors. Masaki Kobayashi may not quite rank up there as high as names like Kurosawa or Ozu, who clearly surpassed him in sheer volume and magisterial authority over their lengthy careers, but in his greatest films, Kobayashi produced works such as The Human Condition and Harakiri that easily hold their own as masterpieces not only of Asian cinema but also among the greatest artistic accomplishments ever captured on film. He made the kind of movies that linger long in the imagination, burning impressions into the memory that stand out clearly well after dozens of other films have been experienced. While the titles in Masaki Kobayashi Against The System may not approach the same heights as stunners like Kwaidan or Samurai Rebellion that he directed in the mid-1960s, these earlier efforts document the accumulating power and clarity of his voice that came to full fruition at his peak. As the set’s title implies, Kobayashi was an artist willing to express himself in boldly defiant terms, breaking out of the culturally refined and tactful middle-class standards of polite respectability that characterized most of the films produced by Shochiku Studios, his employer during this phase of his career. Shochiku was the imprint that boasted Ozu, as well as the prolific and commercially successful Keisuke Kinoshita, another candidate for an Eclipse set of his own some day. (Here’s a link to one of Scott Nye’s Hulu Plus reviews of Carmen Comes Home, an early Kinoshita film.) While Kobayashi’s internalized discipline and formality never allowed him to break free into the wild territory explored so fearlessly by directors like Suzuki, Oshima or Imamura, his confrontational style and indifference toward sentiment and sweetness certainly paved the way for the Japanese New Wave and its plethora of angry dissidents. 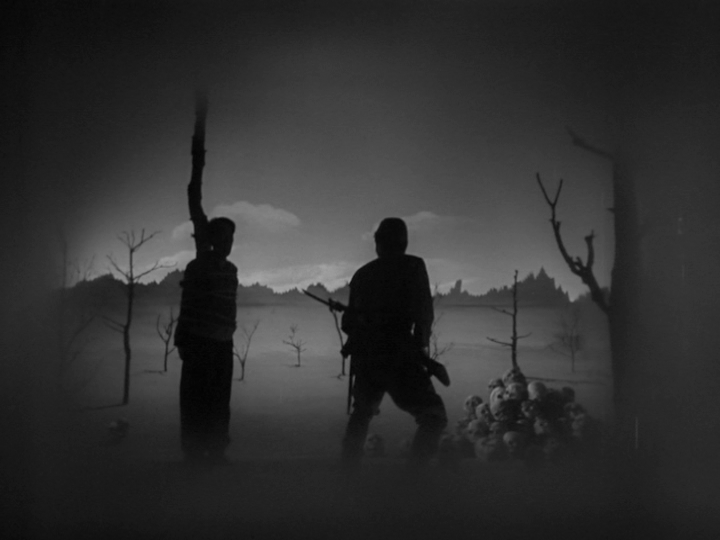 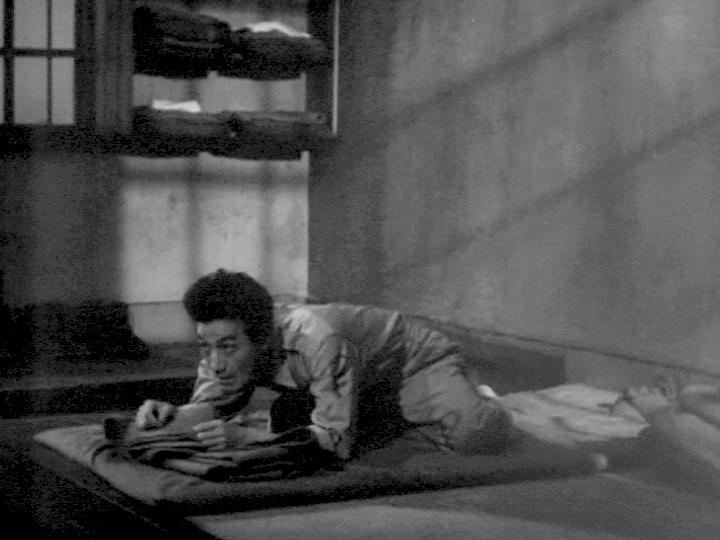 Because I’m so enthusiastic about this Eclipse release, and want to get the word out quickly to those curious about its contents, I won’t take the time to give them each an individual write-up at this point in time, as is my usual style in covering these films in this column. I basically tore through this set in a weekend, ravenously taking in each disc once through in preparation for this review. To do them proper justice, I’d rather immerse myself in each one, giving them more thoughtful consideration and an extra viewing or two – and when the time comes, I will definitely enjoy revisiting them all and delivering more extensive comments afterward. For now, a brief summary will have to suffice.

The Thick-Walled Room, filmed and scheduled for release in 1953 until the finished product proved too provocative and unvarnished in its denunciation of both the American postwar occupation and the upper ranks of Japan’s military establishment that allowed lower-ranking soldiers to bear the brunt of punishment for the war crimes they committed while the uppermost chiefs found ways to avoid the kind of hardships suffered by their underlings. Kobayashi’s raw portrayal of hypocrisy and exploitation forced his film to be shelved for another three years, well after the USA had packed up its provisional martial government, its cultural conquest of “Westernizing” Japan all but complete, since the director was utterly unwilling to cut or alter a single scene in order to please the censors and studio heads. That confident stubbornness went on to serve Kobayashi quite well in crafting such immaculate films later on. The Thick-Walled Room, peppered with gritty prison camp conflicts, eerie post-traumatic dream sequence flashbacks and the discomforting spectacle of shattered men putting their lives back together as a new postwar normalcy sets in, offers a fascinating insight into the mindset of the front-line combatants as they came to grips with not only their own sins and failures that occurred during the war, but also the degree to which they had been manipulated and exploited before, during and after their military service. The psychologically heavy portrayal of burned out warriors succumbing to the horrific pressures of war makes for an effective prelude to revisiting The Human Condition, as if anything to make that experience even more weighty or extended is actually necessary. 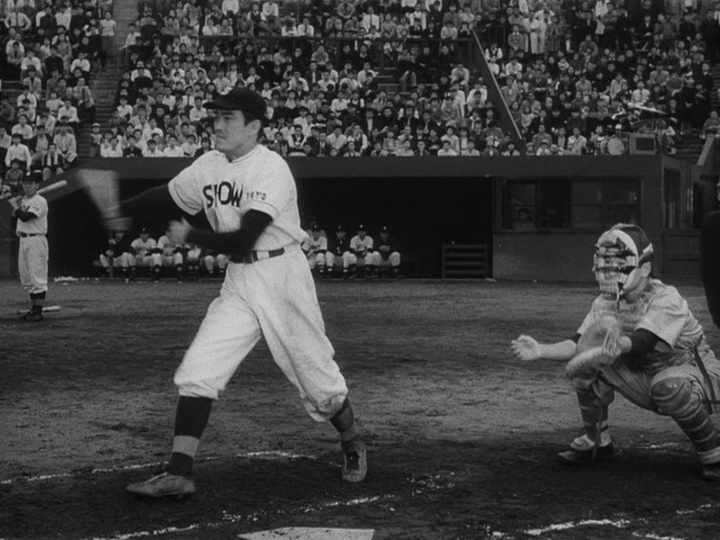 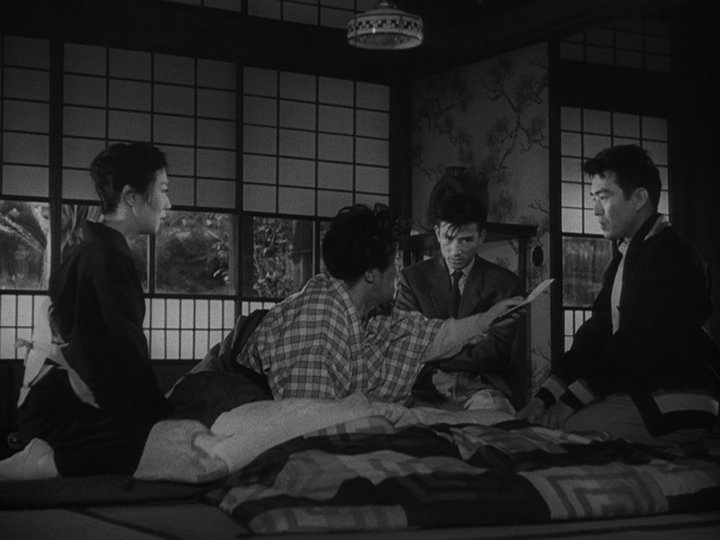 I Will Buy You puts forth one of the least inspirational and presciently cynical explorations of what big-money professional sports does to the many people whose lives become consumed in its ceaseless quest for glory, triumph and the undying allegiance of the fans. And for that, I’m deeply grateful to find such a refreshing take on the game of baseball, from such an unexpected source in regard to its place and time. Though I follow Major League Baseball pretty closely and have throughout my life, I had no clear sense of what a force it was in 1950s Japan, despite the occasional scene that pops up in a few Kurosawa and Ozu films I’ve watched over the past several years. The sports action in I Will Buy You is fairly minimal, when it gets down to it, just enough to establish the athletic prowess of Goro Kurita, the aspiring slugger finishing up a college career and patiently sifting through the pitches of various agents who want to help him sign a big bonus-baby contract. Most any American film of this time would have injected some concocted melodrama concerning a pennant race, a batting title, a heart-warming bounce-back from injury. Kobayashi wants nothing to do with that – his intentions are to strip away the masks and expose sports as just one manifestation of the human meat market that the economic status quo thrusts nearly all of us into, one way or the other. 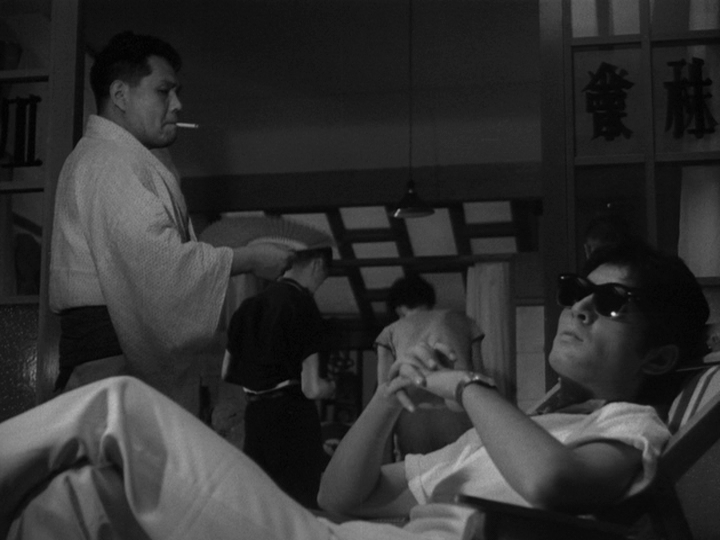 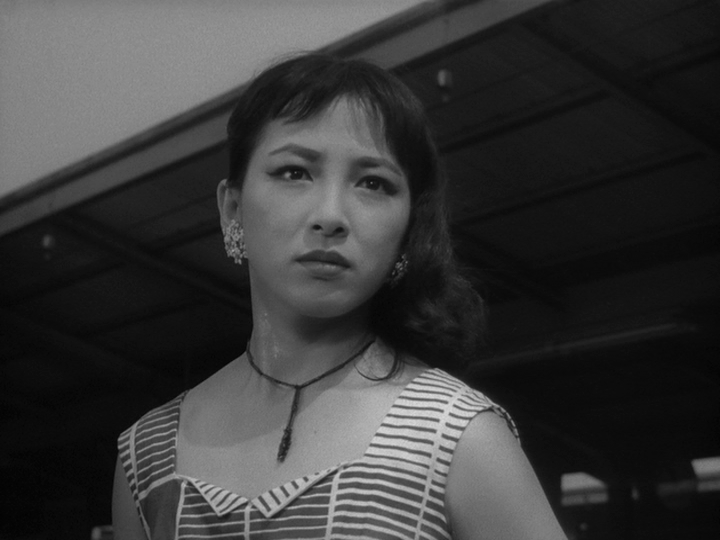 As impressed and intrigued as I was with the first two installments in this set, Black River from 1956 kicks things into a whole ‘nother gear. That’s largely due to the simmering presence of Tatsuya Nakadai, never younger or fresher than he was here in his first leading role, one of several star-making performances under Kobayashi’s tutelage. Inimitably cool, insolent and arrogant, Nakadai is the straw that stirs the drink in this grimy dive into the squalor surrounding a US military base and the assorted riffraff, working poor and barely-scraping-by students who congregate in that environment – an outstanding kickoff for one of Japan’s greatest-ever movie stars.

Of course, Black River has more going for it than just the spectacle of Nakadai strutting his yakuza foot soldier stuff. In his return to examining the turbulence that occurs at the intersection of American and Japanese cultures, Kobayashi in effect establishes a marker that shows the evolution of that relationship since 1953’s The Thick-Walled Room, a mere three years later. The American presence is presented neither as a villain nor an excuse, but merely a fact of life that in various ways draws Black River‘s seedy characters together in their respective self-serving pursuits. At its dark heart, we find an embroiled love triangle involving the petty gangster Killer Joe (Nakadai, of course), an earnest college student Nishida and the woman they’re both pursuing, Shiziko, who’s portrayed by Ineko Arima, fresh off her role as the troubled kid sister in Ozu’s excellent Tokyo Twilight, itself one of the deepest descents into darkness of that great director’s career. The rivalries that develop between these three, and the other hangers-on caught up in Black River‘s slipstream, keep us on edge as we follow the current to its unpredictable destination. 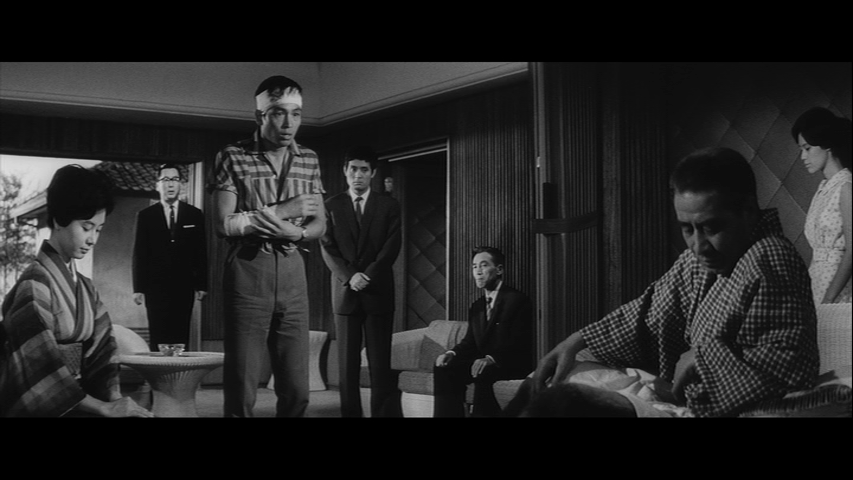 It wasn’t until after I’d already started watching The Inheritance that I realized that a substantial amount of time and filmmaking experience had passed between its release in 1962 and the three other films in this box that preceded it. Namely, the full 9+ hours of The Human Condition, filmed between 1958 and 1961. In that stretch of time, Nakadai had blossomed into stardom, widescreen aspect ratios became the new standard and the influence of the West on Japan’s economy and culture was not so much a matter for debate as it was an established fact to merely be reckoned with. The Inheritance clearly represents a leap forward into the sensibility of the early 60s, a shrewd move for Kobayashi as he pivoted from The Human Condition‘s history of the Pacific War to a more classical historic setting in Harakiri, which followed quickly on the contemporary interlude of The Inheritance. Like Kurosawa’s High and Low, released early the following year and set in the same upper-middle class business milieu, The Inheritance was adapted from a popular novel of that time. The story reveals the convoluted machinations surrounding a wealthy businessman in the last stages of terminal cancer, whose estate is ripe for division amongst a snarl of predatory acquaintances – including his wife, his secretary and a few rumored heirs, legitimacy as dubious as their whereabouts are unknown. Upon the event of his demise, there’s a fortune ready to be split up, but in this case, the more is definitely not the merrier.

Like all of the films in this set, just as in Harakiri and The Human Condition, the first impressions we get of the main characters are not necessarily to be trusted as reliable indicators of what we’ll think of them when we reach the end of each story. In allowing their personalities to develop in ways that are both naturally convincing and unflinchingly venal, Kobayashi simultaneously critiques the simplistic shortcuts and deceptions of conventional “feel good” movie narratives and the illusions about ourselves that real people seek to impose upon each other and upon their own consciences. There are valid reasons as to why these films aren’t afforded the full Criterion treatment – whether its the rougher film elements of the older titles that wouldn’t justify a blu-ray release, or the relatively minor, transitional nature of an in-between project like The Inheritance. But this set as a whole offers illuminating context that is guaranteed to enhance the degree of respect and appreciation that Kobayashi has already earned from those who admire his accomplishments in his films already released by Criterion. I hope that this release generates sales and feedback robust enough to keep the Eclipse Series going for several more years, but whatever happens, I know that I’ll enjoy the opportunity to revisit them in the months ahead in order to deepen my own familiarity with the fundamental challenge that Kobayashi leveled against the corruption and hypocrisy that too often goes unchecked in the usual order of things. 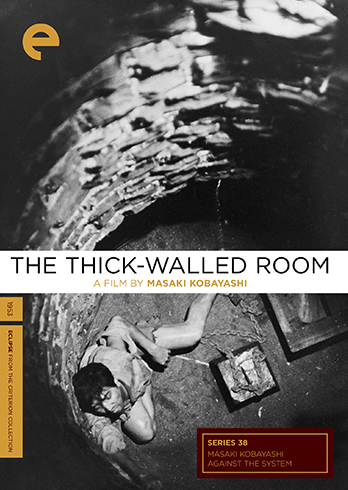 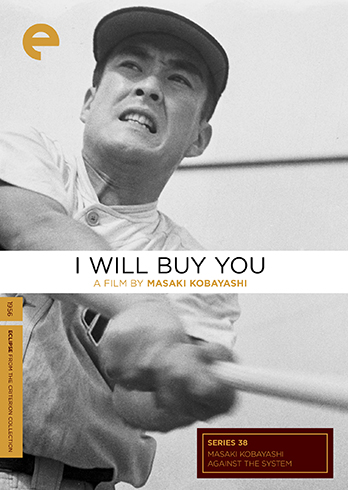 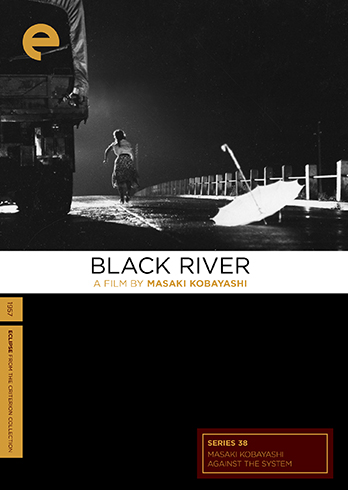 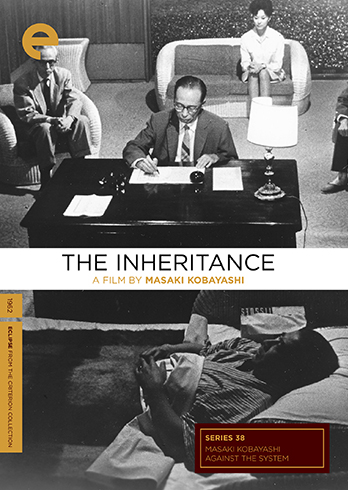