A Journey Through the Eclipse Series: Samuel Fuller’s The Baron of Arizona

To start things off, let me admit that the main reason I picked The Baron of Arizona for this week’s Eclipse review is that the Arizona Diamondbacks are in this year’s Major League Baseball playoffs. Nothing more complicated than that, and I figure I better take this opportunity to capitalize on an Arizona theme when I can because at the moment it doesn’t look like the D-backs are going to advance much further in the postseason. As I make my way through the Eclipse Series, I find that I need to stretch quite a bit to come up with some kind of thematic tie-in to current events on those weeks when I don’t have a title from my long chronological list of Criterion films to plug into the lineup. The Baron of Arizona, released in early 1950, comes from Eclipse Series 5: The First Films of Samuel Fuller. 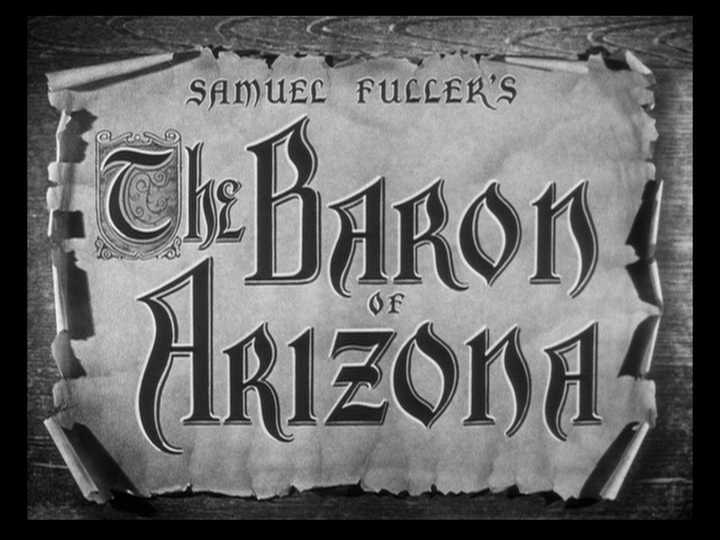 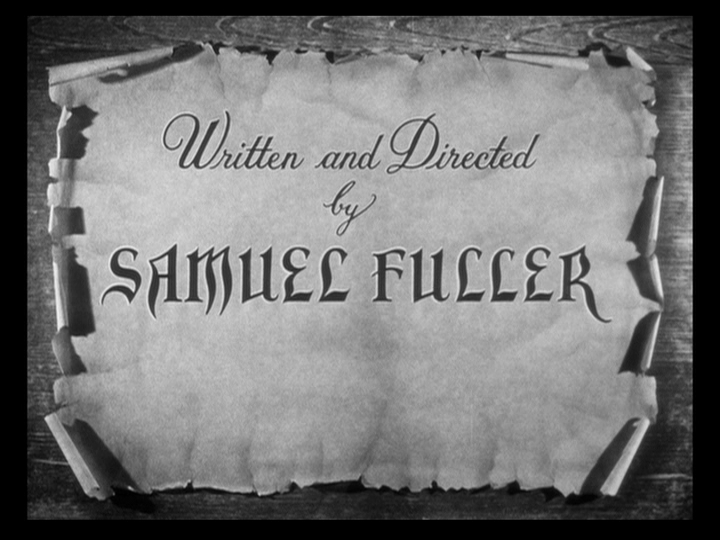 Though it was only his second outing as a director, Fuller had apparently made a big enough impression on his studio to get his name above the film’s title – or maybe he just knew that someday his reputation would be sufficiently established to warrant the extra honorific. Either way, it’s well deserved, even though The Baron of Arizona shows the signs of a still-developing talent behind the camera and a voice yet to reach the heights of provocation and iconoclasm that would earn Fuller his lasting fame. Still, in this story based on historical fact about one of the most successful scam artists of the USA’s westward expansion, it’s already clear what direction Fuller was moving in. Like his earlier I Shot Jesse James, released just about a year earlier than The Baron of Arizona, Sam Fuller took special delight in telling the stories of great American outlaws, relating their ethically-challenged exploits to a generation of WWII vets who had their own share of shady dealings and moral compromises to live with as they went about their business. 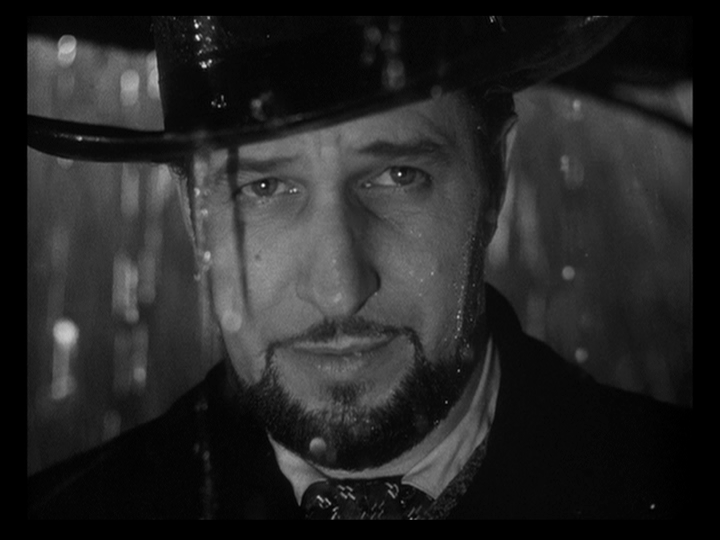 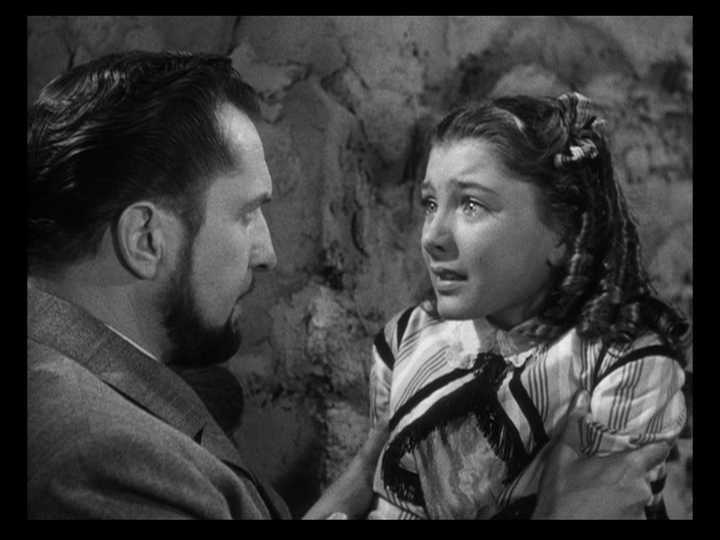 As is so often the case with movies based on historic events, the factual details that inspired The Baron of Arizona are much more complex and fascinating than the more streamlined story that Fuller sketched out for his film. James Addison Peralta-Reavis ranks as one of the most audacious and, for a time, successful forgers in our nation’s history. He went to extraordinary lengths to create documents and a completely fictitious back-story involving descendants of Spanish royalty who had once been granted claims to a huge swath of property that would now constitute practically the entire state of Arizona. This article from Wikipedia gives a sufficiently detailed summary of Reavis’ career (and yes, I note the implicit irony of citing Wikipedia as an authoritative source to get the facts on a notorious master of fraud!)

For the sake of directness and a compelling narrative, Fuller whittled an elaborate series of scams that Reavis concocted over the course of several decades (some in order to cover his tracks from earlier rip-offs) down to a more digestible conspiracy involving Sophia, a ragged orphan girl that he took under his wing in order to present her years later as the rightful heir to the “Peralta Grant,” supposedly bequeathed to her ancestors by Spanish monarchs long deceased. Taking advantage of her youthful naivete, Reavis sees her merely as a means to achieving his goal of wealth and power, even as Sophia develops a deep-seated attachment she considers love, but others would label the Stockholm Syndrome. 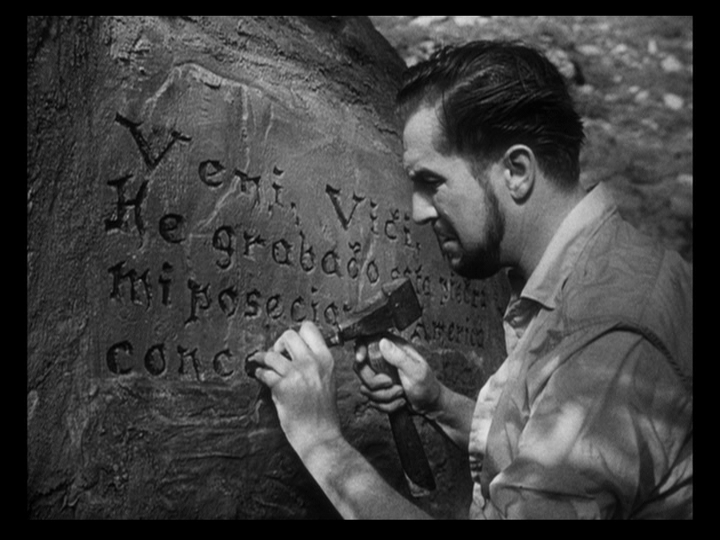 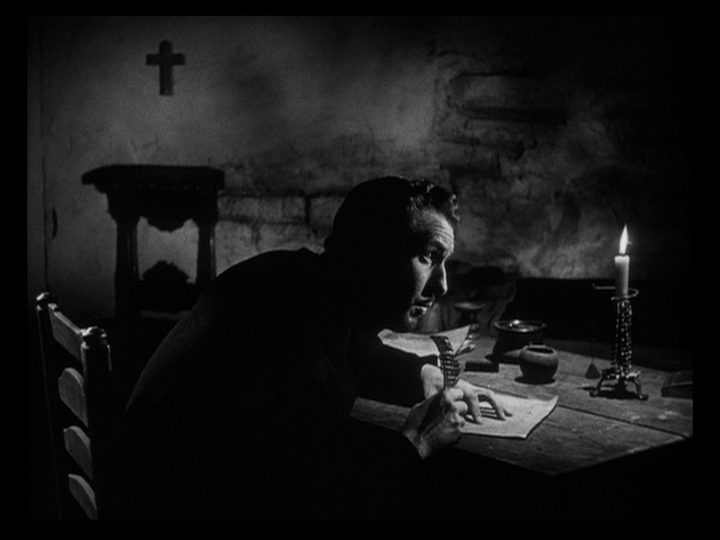 A big part of The Baron of Arizona‘s appeal comes from tracking Reavis through the various stages of his swindle, as he carves out bogus land markers and infiltrates the archives of Mexican monasteries and Spanish government offices to forge documents that will eventually serve as confirmation of the spurious claims he plans to make years later. At its heart, this is a caper movie involving a heist pulled off not by breaking and entering but rather by means of the legal system. Reavis expertly wields and manipulates the influence that old pieces of paper and title deeds can have in redirecting the lives and fortunes of ordinary working people and the custodians of privilege alike. It’s all a cruel and cynical game to the pitless Reavis, who like many a thief appears to enjoy the perils of narrow escapes from the discovery of his crooked deeds. 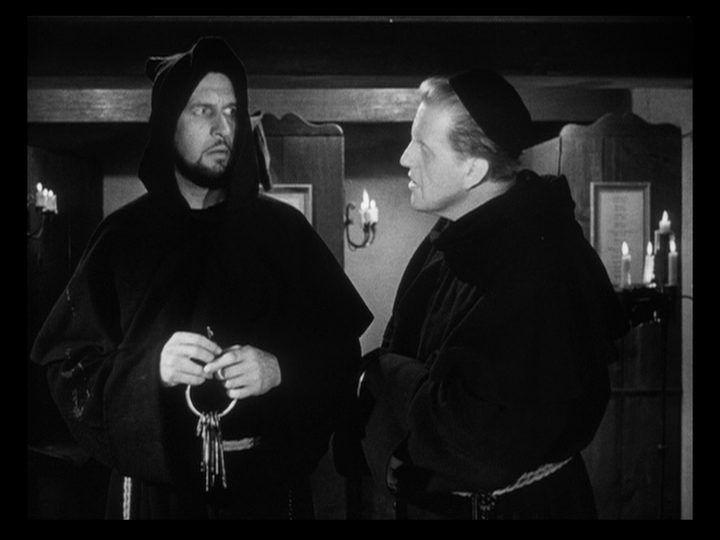 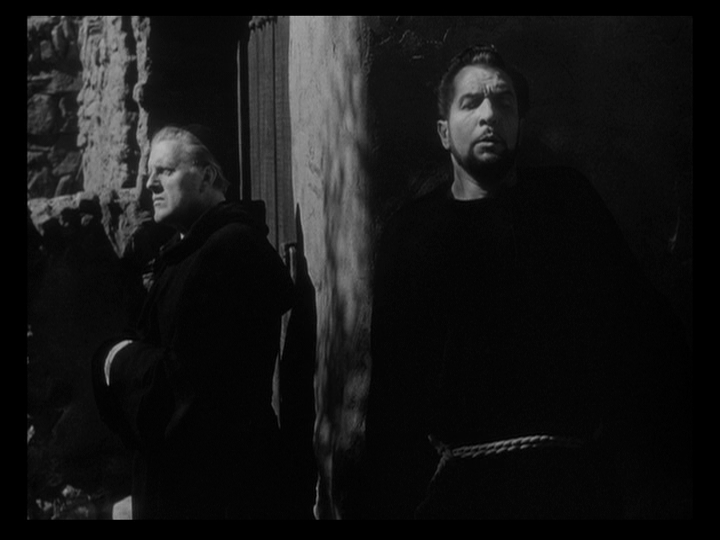 And of course, the biggest attraction in cinematic terms is a marvelous early performance by Vincent Price, most famous to today’s audiences for his numerous roles in horror movies he appeared in over the last few decades of his career. The Baron of Arizona precedes by quite a few years his eventual typecasting as master of the macabre. As enjoyable as those roles and films certainly are, it’s refreshing to see a different side of Price’s acting talents on display, though his perverse pose as a devious monk  fits quite neatly with future turns he would make as a connoisseur of sinister pleasures in the films he’s now most remembered for. 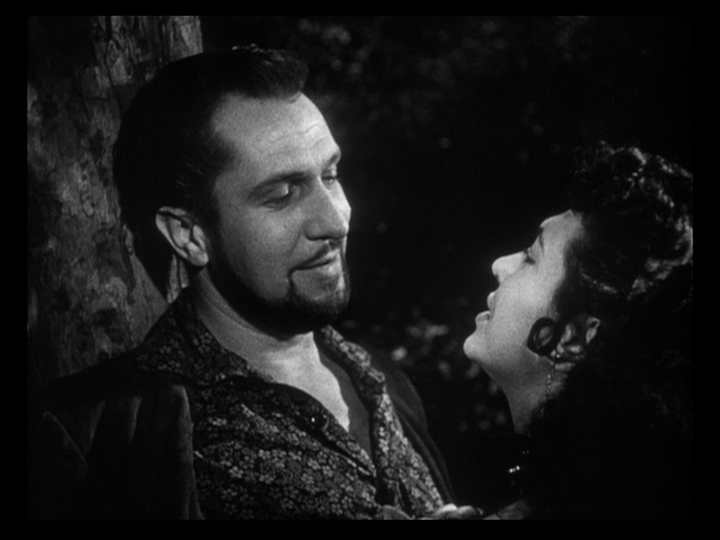 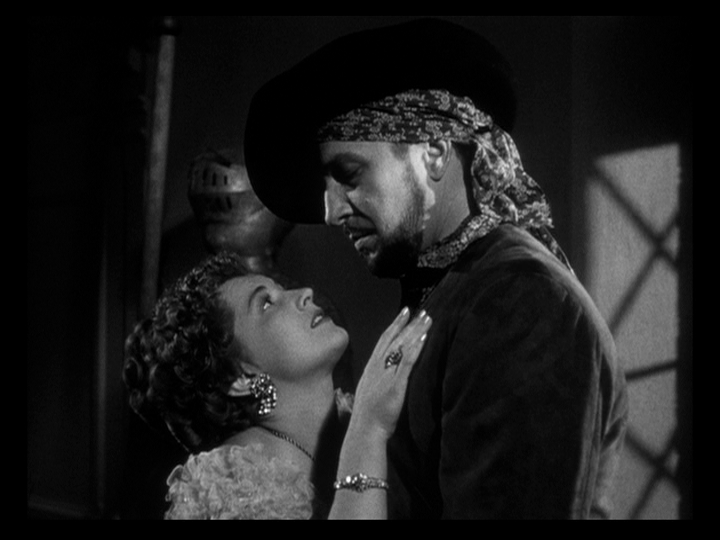 Especially delightful and surprising are the lusty moves he puts on a number of eager young women, namely a gypsy maiden who sees Reavis as her ticket out of a life of squalor and exploitation, and the more-than-willing wife of a Spanish marques who’s grown bored with the idle pastimes of her privileged life. If your only impression of Vincent Price is of him as a decrepit old fiend, here’s evidence of the more vigorous charisma he could boast of in the prime of his youth. 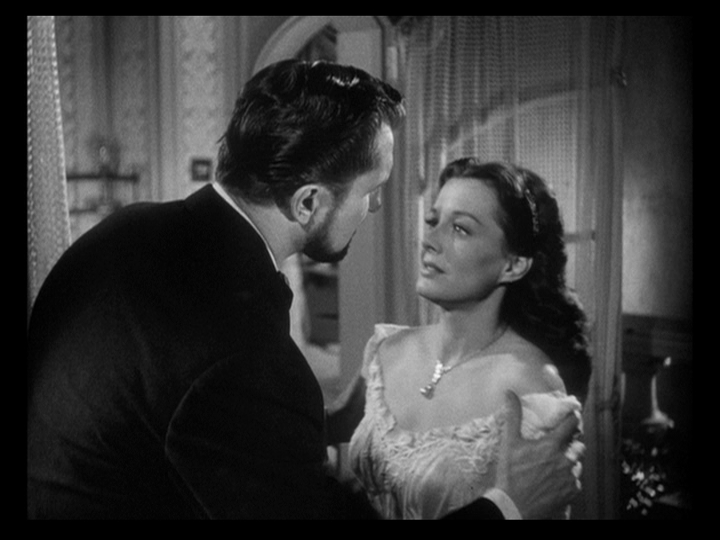 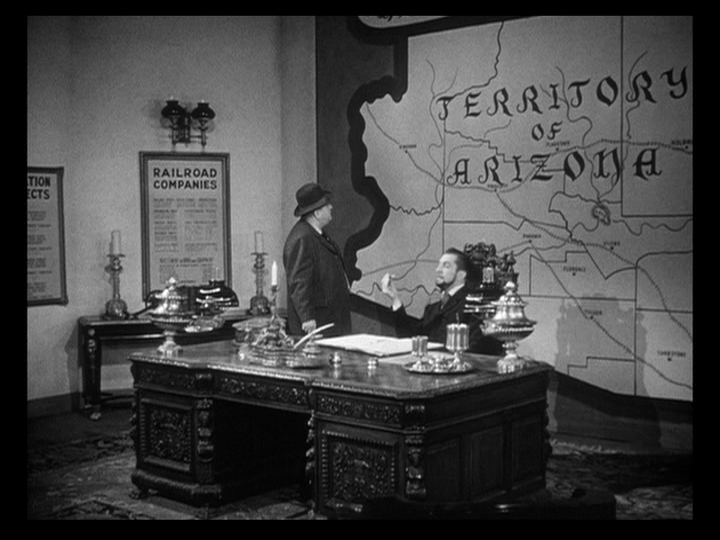 What we quickly realize about Reavis (or his cinematic incarnation, anyway) is that even his amorous exploits were just rungs on the ladder of power that he was intent on climbing as high as he could manage. His transition from being Sophia’s benevolent guardian to her humble suitor and eventual husband is just one among many cold-hearted deceptions he pulls off, simply for the sake of grabbing up the rights to lands, minerals, railroad passages and more… oh, so much more! 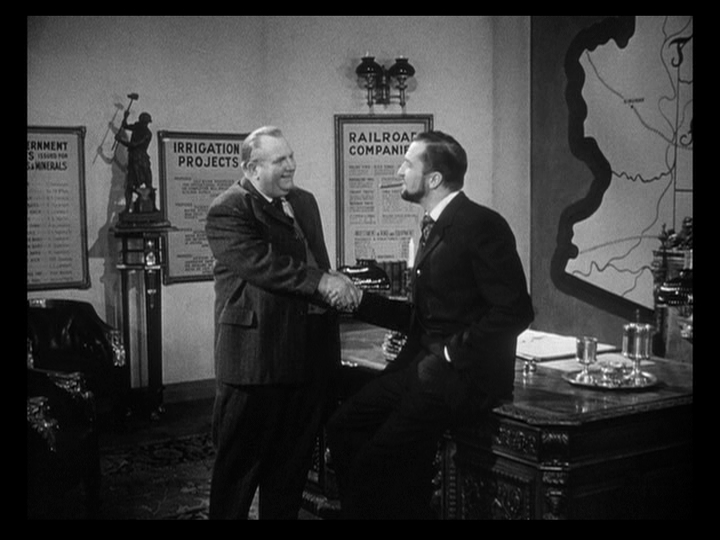 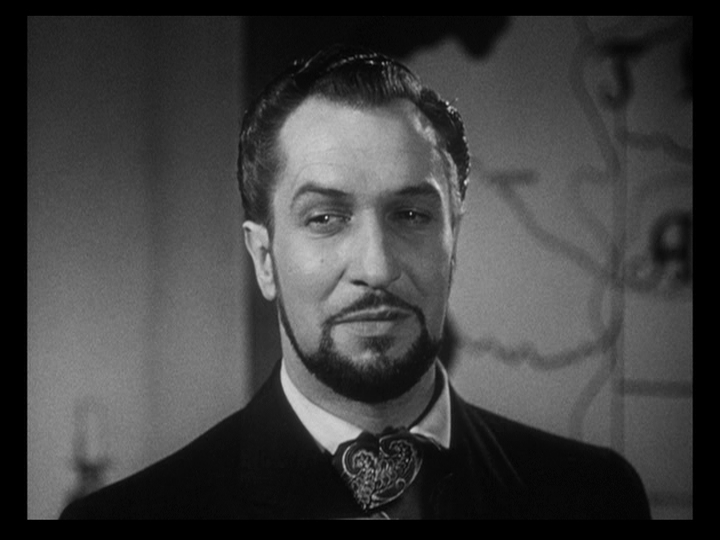 Despite the initial burst of inspiration derived from this weekend’s baseball games that led me to this film, even more fitting current events that came to mind while watching The Baron of Arizona are 1) the on-going economic and financial crisis that, regardless of its devastating impact on the global economy and millions of poor and laboring people, still seems to have resulted in little more than mild adversity and distraction for the craftiest fat cats among us… 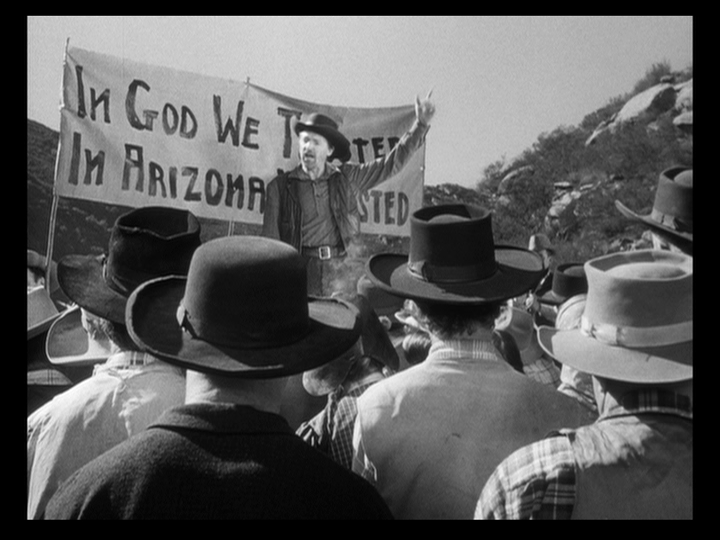 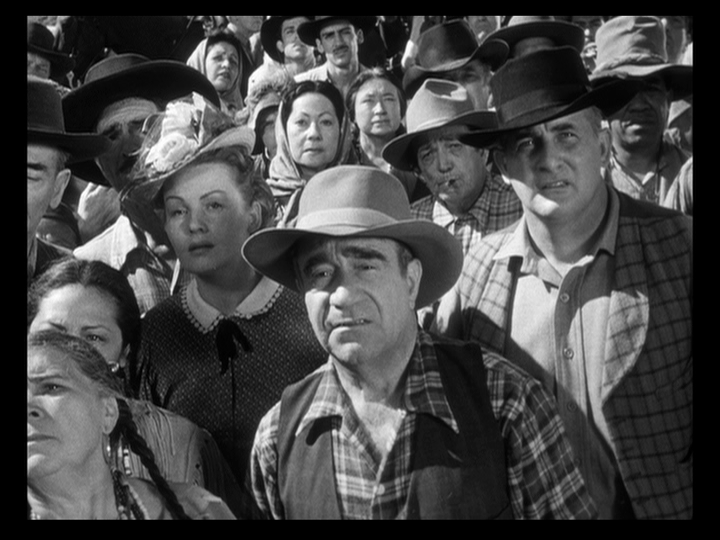 … and 2) emerging popular protest movements like the Occupy Wall Street demonstrations happening in New York City (and beginning to spread elsewhere.) Though Fuller’s focus remains mostly on Reavis, the mechanics of his fraud and its eventual detection by the forces of law, he takes a few brief side trips to examine the impact of those shenanigans on the working class and the original inhabitants of the region, who wake up one morning to learn that the land they thought was theirs turns out to be the property of a man who did absolutely nothing to earn that wealth beyond waving a few papers in front of various magistrates. As I see it, Reavis, despite Fuller’s fairly sympathetic portrayal, corresponds pretty closely to the financial chieftans and corporate CEOs who have systematically plundered the wealth and resources of our land through their connections and ability to push for legislation that’s not in the best interest of the majority of our citizens. The angry mobs, both then and now, often prove easy and willing targets for demagoguery (e.g. the Tea Party phenomenon) and convenient scapegoating of individual figures who they blame for their adversity… 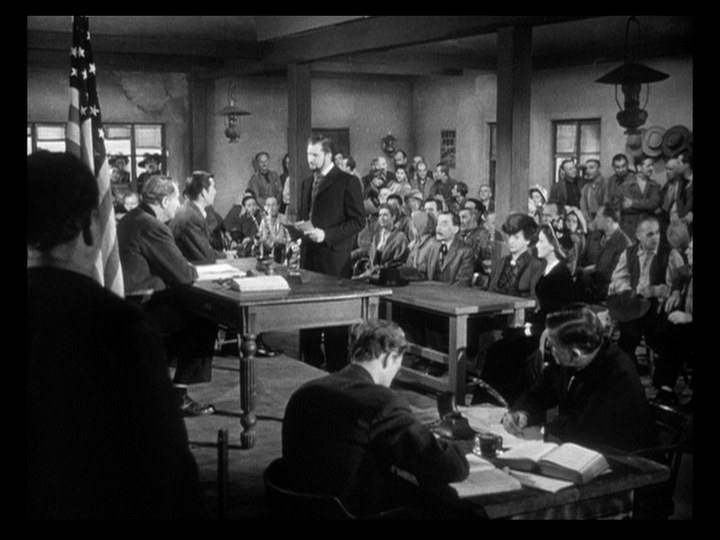 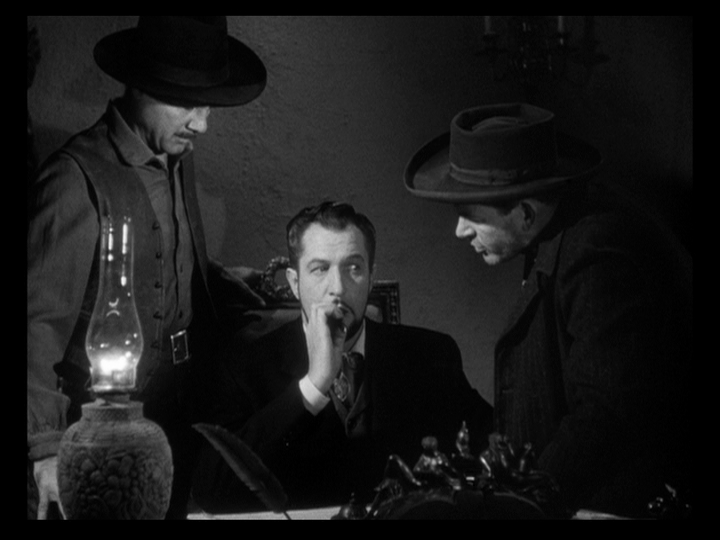 …when the real culprit is a vast and implacable system that generally serves the whims of interests much less conspicuous than flamboyant characters like Reavis or, more recently, Bernie Madoff and any number of other noteworthy large-scale scam artists, most of whom operate under full protection of the laws their lobbyists helped to write. 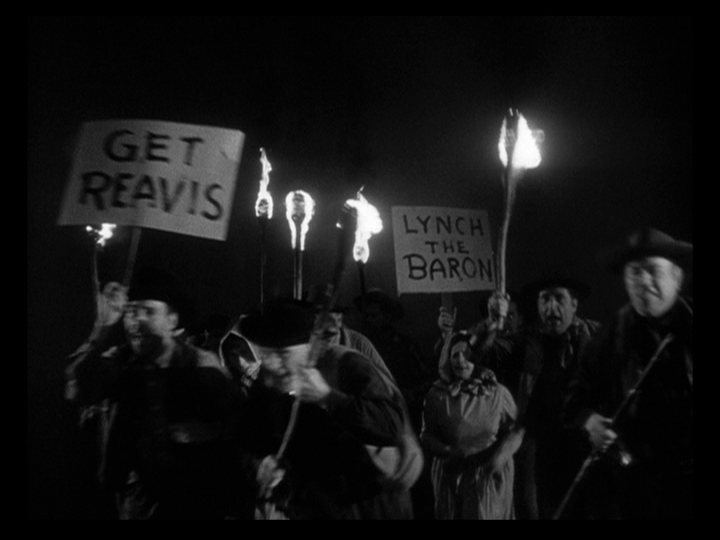 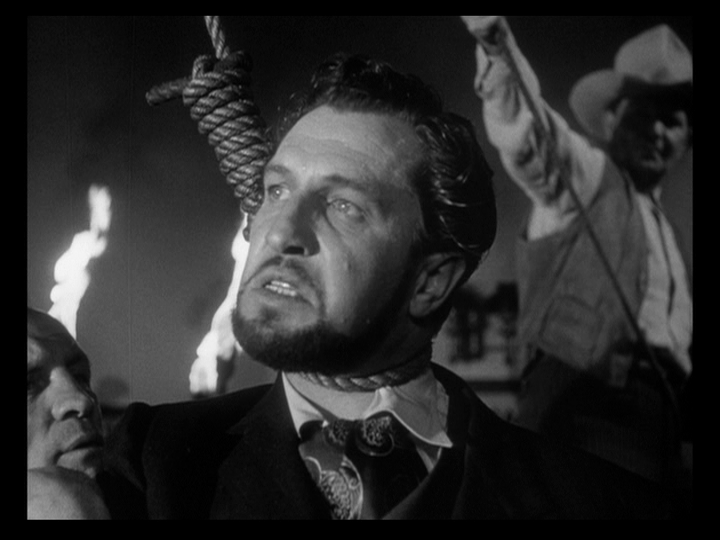 Ignoring the ultimate futility of vigilante justice, the crowd mobilizes to take Reavis into their own hands, rightly suspecting the worst about him and unwilling to trust the government to bring about a just solution to their grievance. The scenes are brief and relatively tame, but they provide a glimpse into the more unbridled violence and raw emotion that Fuller would capture on film over the course of his career, and they give Vincent Price a great platform to dramatically cut loose as well:

In keeping with the customs of its times, The Baron of Arizona winds up on a more domesticated note, again aiming its message at the postwar audience of combat-conflicted men (like Fuller himself) and the patient faithful women (real or idealized, depending on one’s individual circumstances) who stood by them despite their flaws and whatever crackpot schemes they cooked up to find that elusive shortcut to Easy Street. 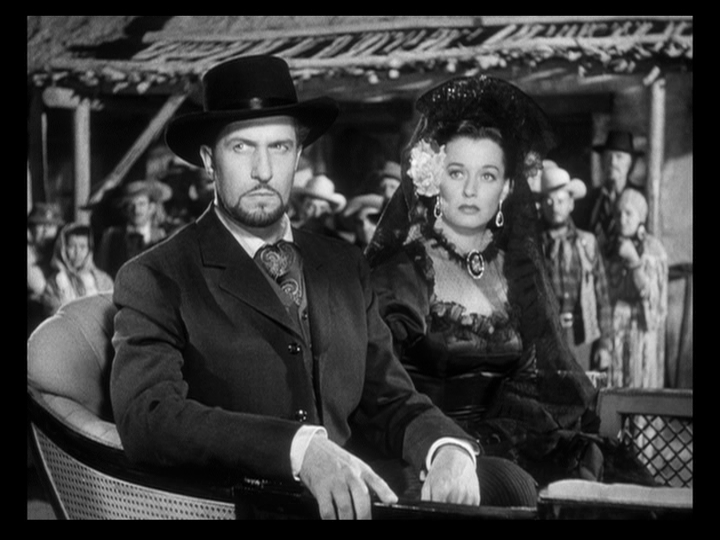 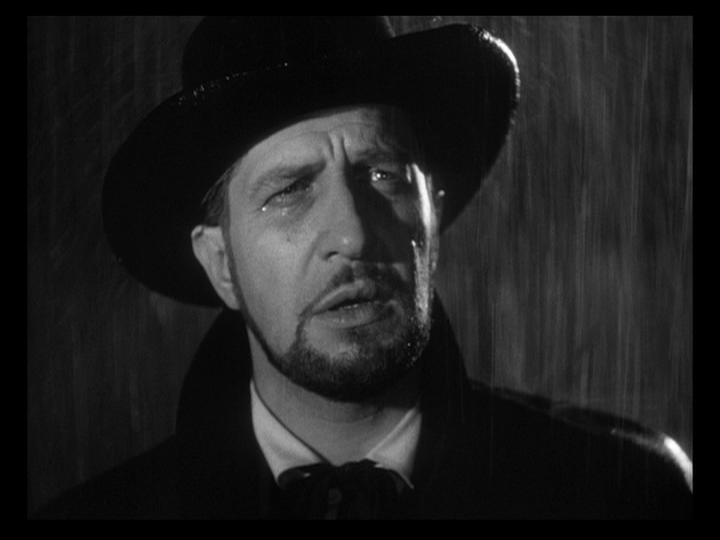 After escaping the lynch mob and undergoing a moral conversion based on his wife’s stalwart fidelity even after his crimes have been exposed to her, Reavis does his time and emerges again from the rain, worn out but wiser from his ordeal. As it turns out, Fuller scripted a more sentimental and heart-warming ending than the route that Reavis and his “baroness” traveled in real life, but hey, this is the movies after all, and Fuller was just getting started. The gloves would definitely come off from this point going forward, starting with his next film, a hard-hitting insider’s look at the Korean War titled The Steel Helmet. 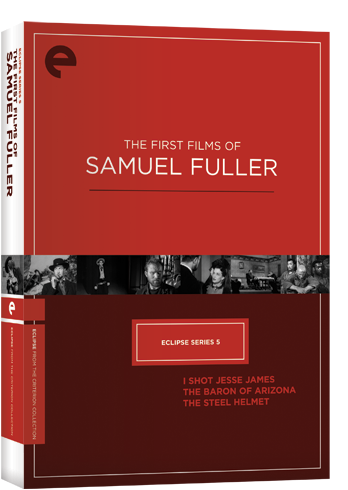 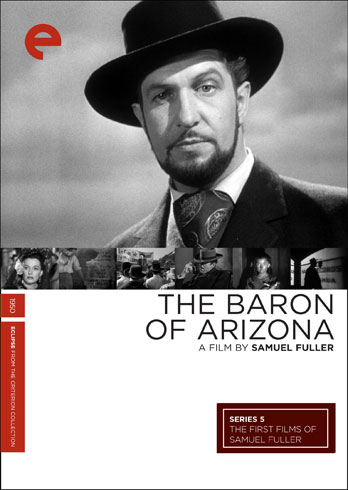