Summer 2012 is over. September is finally here, and with that, comes the holiday season. It may only be the ninth month of this calendar year, but that isn’t stopping major studios, classic film labels, and every boutique home entertainment company around from shipping out some of their biggest releases to date. Fan of silent Buster Keaton comedies? There’s something for you. Have a taste for Fritz Lang-directed noir? You’ve found yourself a killer month. Have a thing for H.P. Lovecraft? Yup, September is your month. And to think, all of this can be found in just the first week? Here’s your guide to five DVD and/or Blu-ray releases to help make September go down a tad bit easier (and a handful of other ones to keep the keenest of eyes on. 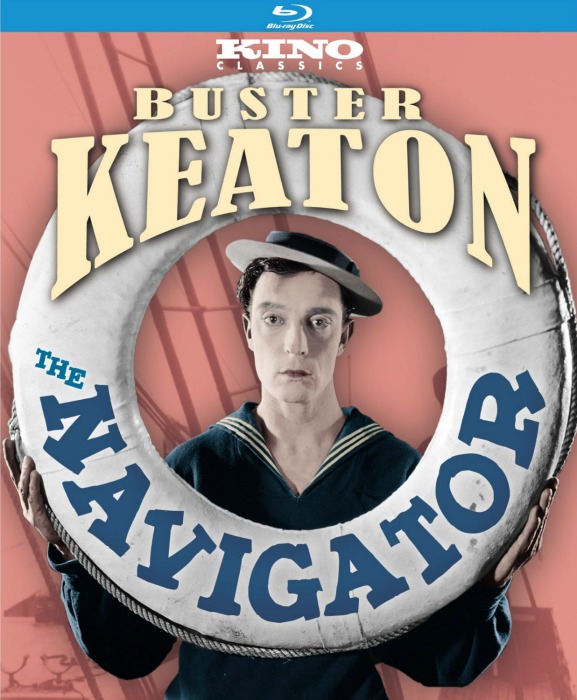 What better way to kick-start the month of September than with what may very well be one of the greatest silent film comedies ever filmed. Directed by and starring the era’s greatest artist, Buster Keaton, Kino will be releasing a brand new Blu-ray of Keaton’s masterpiece The Navigator on the first Tuesday of September, the fourth.

Making for one hell of a Labor Day week watch, the film will come with a brand spanking new transfer, a short documentary, an audio commentary with the pair of historians Robert Arkus and Yair Solan, as well as a photo gallery and a recording of ‘Asleep In The Deep,’ the song that is referenced in the film. It’s one of Keaton’s best films, and with all due respect to Criterion, Kino’s Keaton releases are every bit as superb and worth-while as the big ‘C’s’ work on Chaplin’s filmography. An absolute must-own, this release.

Other notable releases?: WB releases their 31-disc collection of the entire Harry Potter franchise; Jason Statham’s Safe hits stores (it’s actually a tad more entertaining than you’d think), Fringe hits with its fourth season on DVD and Blu-ray; Re-Animator hits DVD AND Blu-ray; Mother’s Day grabs a few scares to start off September; Fritz Lang’s Secret Beyond The Door finally comes to Blu-ray; The Dark Mirror hits; Warner Archive has a ball to start off the month (Lisztomania, The Life and Times of Judge Roy Bean, The Last of Sheila, Portnoy’s Complaint, Young Cassidy, Seven Seas to Callais, among many more). 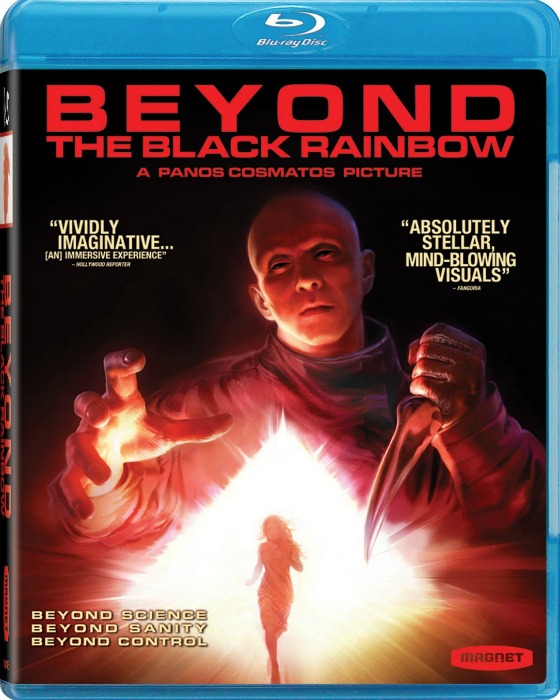 4. Beyond The Black Rainbow (September 11th)

Take one part Kubrickian brood, one part Tron: Legacy‘s eletro-punk bravado, a dash of World On A Wire philosophizing and just a pinch of Cronenbergian body horror, toss in a neon colored blender and pour onto film. That’s the recipe for Beyond The Black Rainbow, director Panos Cosmatos’ debut feature.

Easily one of the most singular and original films to come out of the genre world in quite some time, Rainbow is a beautiful and thought-provoking bit of science fiction from a voice that is unlike any in the genre. It’s as if science fiction got kicked in the stomach, and Rainbow is its first full breath after recovering. And now, it’s all for the viewing on DVD and Blu-ray via Magnet.

Other notable releases?: Easily the month’s weakest week, there are slim pickings here. Snow White And The Huntsman is far better than the tabloid fodder it has become; Fox releases a trio of horror films in Jeepers Creepers, The Texas Chainsaw Massacre 2 and Killer Klowns From Outer Space; Where Do We Go Now finally hits home video; The Loved Ones makes its long awaited debut on home video; Goats boasts a score from Jason Schwartzman aka Coconut Records; Kino releases the Juliette Binoche film 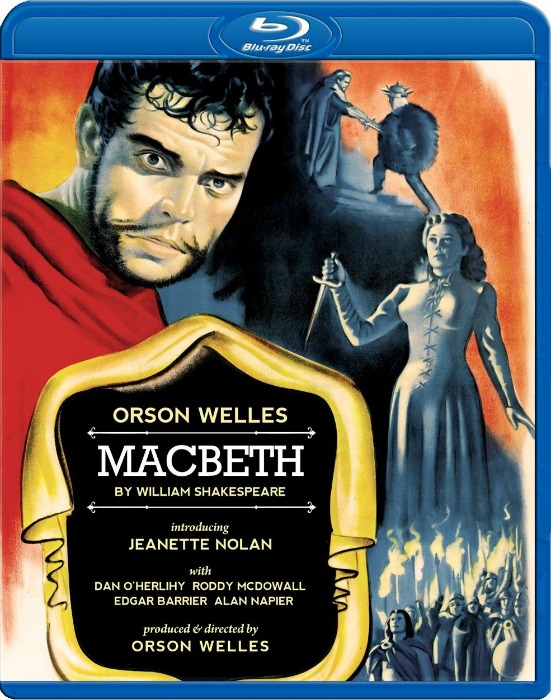 There are boutique labels, and then there are home video distributors like the tiny brand known to the world as Olive Films. However, while their reach may not be as broad as even an art house staple like Criterion or Kino, their quality as of late has been more than on par. On the 18th of September, Olive Films will release a brand new Blu-ray of Orson Welles’ iconic take on the Shakespeare story of Macbeth. Starring Welles and Jeanette Nolan, Macbeth was released in 1948, and has become considered one of the crown jewels of a filmography that is far greater than just his iconic debut, Citizen Kane.

The film is a dark and highly stylized feature, proving the auteur behind the camera to be one of the luminaries of his generation, and while it’s relatively underseen, Olive Films giving this picture a much-needed HD upgrade is a more than welcome addition to the September release slate. Featuring cinematography from Psycho cameraman John L. Russell, the film is one of Welles’ most underrated features, and this release comes with ‘Orson Welles’ Ghost Story: Return To Glennascaul’ with an intro from Welles scholar and his oft-right hand man, the one and only Peter Bogdanovich. It’s a short film starring Welles, and is an Academy Award nominee, making this release a rather stacked disc, given the light number of supplements.

Other notable releases?: Cabin In The Woods gets all meta and scary on DVD and Blu-ray; THE GREAT MOUSE DETECTIVE FINALLY COMES TO BLU-RAY; Ed Wood hits Blu-ray; Judge Dredd comes to Blu-ray in anticipation of the pending reboot/remake; Kino releases four Mario Bava films in the form of Black Sunday, Hatchet For The Honeymoon, The House of Exorcism and Lisa And The Devil (the latter two in one set), Chico And Rita; Cyrano De Bergerac comes to Blu-ray; Love Exposure makes September a little more kinky on Blu-ray; The Duplass Brothers have their own Olympics in The Do-Deca-Pentathlon. 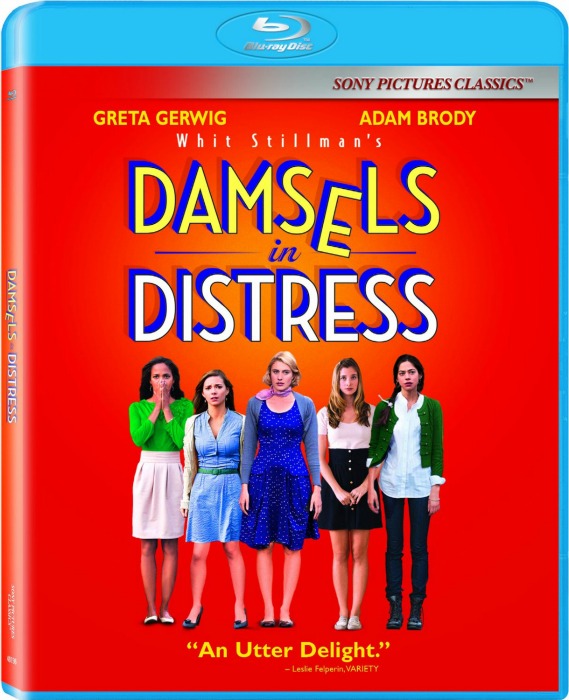 As Whit Stillman still finds himself as one of Criterion’s most beloved entities (the recent re-release of both Last Days of Disco and Metropolitan prove he’s one that they think is worthy of the double-dip), his latest film is now ready to hit home video via Sony Pictures Classics.

Damsels In Distress is the auteur’s latest work, and has been one of the more talked about indie releases of 2012. Hitting to solid notices, the film has been years in the making, and while it hit theaters briefly earlier this year, this is now finally the majority of the public’s chance to lay eyes upon the latest film from one of the most singular and original voices in all of American cinema.

Other notable releases?: DC Animation releases Batman: The Dark Knight Returns, Part 1 on DVD and Blu-ray; Portlandia Season 2 hits; Gerhard Richter Painting proves itself to be one of the best documentaries of 2012 and available on Blu-ray; Klown arrives with one hell of a cover; Zombie ends the month with a scream. 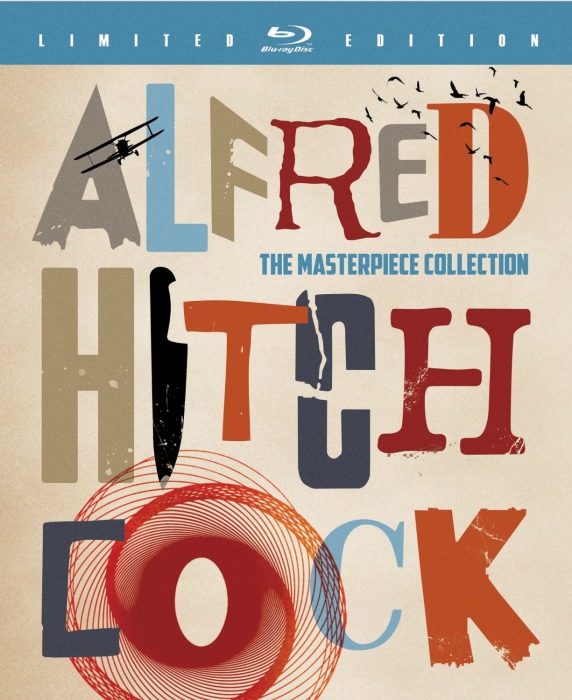 For this inaugural attempt at tabulating the five biggest home video releases for the month of September, one couldn’t have picked a tougher week. Not only is Criterion releasing one of their most anticipated releases in quite some time (the aforementioned The Game), but studios are shelling out Christmas wish list items like they are going out of style. The gigantic, franchise collecting Bond 50 box bows in stores on September 25th  and the same day Universal bows their Masterpiece Collection box set of Hitchcock films, all on Blu-ray. The week prior? Yup, the entire Indiana Jones franchise hits Blu-ray.

Myself? I think I am most excited for the Hitchcock box set, especially since Vertigo‘s recent rise in cultural status thanks to those behind Sight And Sound. All sets, however, have this writer drooling all over his keyboard, so it’s about that time that I sign off, and head out to the bank and see just how much more of a hit my credit score can take.