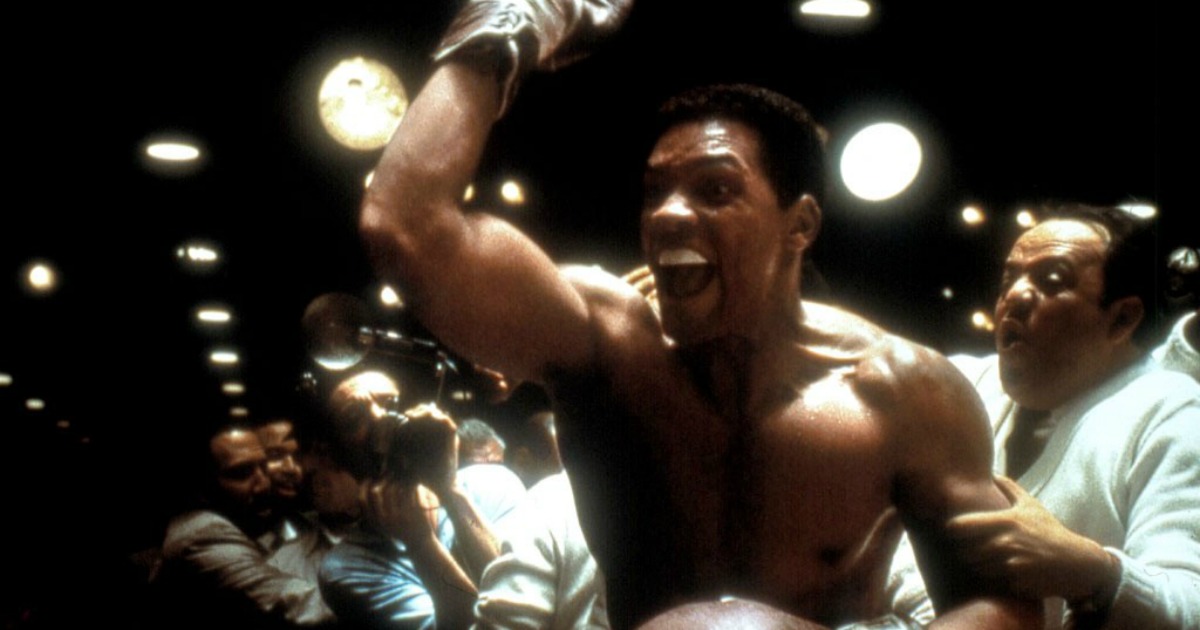 Sports have been the fodder for filmmakers and their pictures almost since the dawn of the medium. With silent classics like Harold Lloyd’s The Freshman all the way to recent gems like Darren Aronofsky’s haunting look into the life of an aging professional wrestler, The Wrestler, sports have been the entry point for many legendary auteurs and some of their strongest pieces of work. Filmmakers like Spike Lee (He Got Game), Martin Scorsese (Raging Bull) and even John Huston (Fat City) have made films looking into the heart of athletics, athletes and the lives they lead, all creating some of the best work in their respective careers. However, one of the best sports films ever made not only comes from one of this generation’s most beloved auteurs, but also is one of the harder films to hunt down on home video, making it a perfect contender for a future Criterion Collection release.

With his latest film, Blackhat, arriving in theaters this month, the discussion surrounding director Michael Mann has been in full swing, and yet there’s one film that people seem to forget when looking at his canon. Sure, everyone loves and appreciates his classics like Heat, and there are even people (like your’s truly) who will battle to the death in order to defend the honor of unsung masterpieces like Miami Vice and Public Enemies, but it’s his look at one of the great athletes of all time that seems to be forgotten.

Released in 2001, Ali stars Will Smith as the legendary boxer who we meet for the first time while coming up in the boxing world under his birth name, Cassius Clay. Over the span of the next 157 minutes, Mann’s film follows Clay as he is introduced to one Malcolm X, converts to Islam, changes his name, and ultimately battles both boxing greats like Joe Frazier and George Foreman as well as the United States government in what has been one of the most fully lived lives in American history. Far from your typical biopic, Mann’s picture isn’t so much a typical “warts and all” biography as it is a purely human portrait of a man known to most as nothing more than a broad concept. Known to most as a handful of quotes and a style that spawned as many hip hop artists as it ever did professional boxers, Ali is the type of drama that transcends the stigma of “biopic.” A beautifully cinematic look at a cultural icon, it’s a travesty more people aren’t discussing this as one of Mann’s masterpieces.

And it’s an even bigger crime that it has never been released, domestically, on Blu-ray.

Aesthetically, this is perfectly distilled Michael Mann. Opening with a beautiful sequence splitting time between a gorgeously shot musical performance and footage of Smith’s Ali running through a dimly lit town (a sequence we cut back to throughout the film), the aesthetics here are perfect examples of Mann’s stylistic duality. Clean and crisp, the musical number here (finding David Elliot performing as Sam Cooke) is decidedly cinematic, beautifully framed and photographed, this type of filmmaking is a style Mann seems to be getting further and further away from. And in its place is the second sequence we cut to here, a digitally shot stunner of a montage. Grainy and naturally lit, this type of digital photography would become Mann’s calling card going forward, ultimately turning the great filmmaker into as polarizing an auteur as American cinema has produced. He would go on to make this style the crux of his work, especially in films like the aforementioned Vice and Enemies, but would only seem to experiment with it in this film.

That said, the film still feels entirely of its own ilk. Very much an experiment by Mann, the film has an urgency to it that many of his more thoughtful pieces sadly don’t. A far cry from a film like Thief and it’s existential crime narrative, Ali is Mann at his most vital. Still mining the same appreciation for mythology and myth making that has been a through line throughout his career, the film takes the charisma of its central character and spins it into as idiosyncratic a film as Mann has ever produced. And then there are the boxing sequences. Few things in film are as percussive and viscerally unsettling as the punches thrown here, particularly in the film’s final act. The fight with George Foreman is a brutally shot piece of work, all set up by one sequence set in a training facility an act prior. We don’t see Foreman talk. All we do is see him throw his punches, and the brutality they cause. Even if it is just a bag he’s punching, each punch thrown feels like there is true malice behind it, and that makes the final act here all the more potent. Toss in some ace sound design, and you have a film that has an energy and vitality to it that is both refreshing and entirely of its own, within Mann’s filmography and the greater canon of sports-based cinema as a whole.

Performance-wise, the film is also revelatory. Smith stars here as Ali, and gives inarguably the best performance of his career. There’s an energy and charisma to his performance that is rarely seen in his career, despite grinding his teeth in comedic television. However, it’s not a necessarily comedic performance, despite having the viewer laughing throughout his anarchic monologues. The depth Smith brings to this performance is fitting for a man, Ali, who had lived a life full of harrowing moments. Be it his various marriages, his battle with the US government over his disinterest in fighting in the Vietnam War, the idea of him becoming “the People’s Champion,” or his conversion to Islam through The Nation of Islam and his relationship with Malcolm X, Ali’s life was one fully lived and one lived by a man who himself is full of contradictions. It’s an unforgettable performance by an actor who has never reached these heights again.

He’s joined by a fantastic cast, all of whom give great performances. Jon Voight is the biggest takeaway from the supporting cast, as his turn as Howard Cosell is breathtaking. Completely committing to the role, and absolutely nailing Cosell’s legendary pattern of speech, Voight’s Cosell is a perfect example of what type of picture this is. Instead of Mann making myths out of these men and women, these mythological figures like Ali and Cosell are given humanity and depth, and their relationship is easily the most moving of any shown here. Ron Silver and Mario Van Peebles have small roles here as Ali’s trainer Angelo Dundee and Malcolm X respectively, with stars like Jamie Foxx and Jada Pinkett Smith getting much of the on screen time opposite Smith. Both are fantastic, but it is the ensemble as a whole, including names like Jeffrey Wright, that gives the film real depth and power. None of the performances feel like an SNL parody, with a few moments here, like Ali talking about who his real opponents are after being sentenced to five years in jail for avoiding the Vietnam War draft, that leave the viewer gasping for air.

However, despite being arguably one of the greatest sports films ever made, this masterpiece is far from readily available on home video here stateside, and has yet to see a domestic Blu-ray release. This has to change. Not only is there, as there is with most Mann films, a director’s cut that is unanimously considered a better film, it is a cut that is hard to hunt down. A DVD release with the cut is out there, and it includes a commentary and behind the scenes feature, so some supplements can be taken from this release. A Criterion release would do well to include both cuts of the picture, and also the commentary and behind the scenes feature, along with a few new features like a retrospective behind the making of the film, and a look into the real life relationship between Ali and names like Malcolm X and Howard Cosell. This could not only add depth to the film, but a greater overall context with regards to Ali and his life. Another way to add depth would be a welcome addition of the documentary When We Were Kings, that would really help add depth to the film’s final act, the “Rumble In The Jungle.” A film that’s far more interested with the life of Ali outside of the ring than that inside, Mann’s film deserves this type of all encompassing release, and hopefully Criterion, you’re listening, and give the world (read: me) exactly what we want.