Male stripper film starring Channing Tatum. An action film starring a female MMA fighter-turned-first-time-actress. A George Clooney-led trilogy of jazzy heist pictures remaking a classic Frank Sinatra picture. A noir picture, also starring Clooney, set in Nazi Germany. These are just a few films from the truly mindblowing canon of filmmaker Steven Soderbergh. A beloved Criterion Collection staple, an equally mixed bag of films from the director have made their way onto the beloved brand. Traffic. Schizopolis. Che. The pair of Spaulding Gray-related films, the documentary And Everything Is Going Fine and Gray’s Anatomy.   Talk about being one of the most enigmatic directors around.

However, there is one film, among Soderbergh’s extensive and beloved filmography, that while an oft-maligned film in some circles, that truly deserves to join the ranks of Soderbergh pieces within the Criterion Collection.

Soderbergh’s next film following wrapping on Ocean’s Twelve, Bubble tells the story of a group of workers currently employed at a doll factory. Featuring a cast led by unknown actors, we follow these men and women through their daily lives, only to have these lives turned upside down when a member of the group is found dead. Penned by one Coleman Hough, the same man behind the script for Soderbergh’s underrated Full Frontal , the film is one of Soderbergh’s first forays into extremely low budget, digitally shot feature films . Only grossing $70 thousand in its theatrical run, the film has become one of Soderbergh’s most polarizing, and also most forgotten, feature film efforts. But it should be considered one of his most fascinating.

As mentioned up until this very point throughout this review, through the entirety of Soderbergh’s career, one would be hard pressed to nail down just what Soderbergh’s true style is. However, Bubble may see its greatest pro in its ability to do just that. Stylistically muted, the film has utterly breathtaking use of cinematography and digital photography, and the style fits what is for all intents and purposes the most intimate of intimate noir pictures. A character piece at heart, Soderbergh’s camera is absolutely lively, featuring a sense of energy emanating from the frame’s use of the aforementioned cinematography. Built on a foundation of atmosphere and intimacy, the film can be seen as an early predecessor to many of today’s attempted faux documentaries, more in style than substance. Clocking in at 73 minutes, the film is economical, rarely meandering and feels aesthetically like one of the more personal outings for Soderbergh.

Performance wise, the film is admittedly weak. Using unknown and first-time thespians, Bubble‘s strongest aspect is its ability to infuse a distinct sense of realism within a world that is steeped in honest, true-to-life atmosphere. A distinctly style-over-substance picture, think Ramin Bahrani-by-way-of-Daschle Hammet, the performances here are fine, but sub-par at best. A brooding and moody thriller of sorts, the performances here are spearheaded by the likes of Debbie Doebereiner, Dustin Ashley and Misty Wilkins, all of whom give fine turns, but are second fiddle to Soderbergh’s camera, and for just reasons. These three are the closest things to leads that we have within the film, and they are heads and shoulders above the supporting cast. These three are solid, almost coming off as ‘too natural,’ if that silly clarifier makes any sense. Often stilted in their deliveries, the performances are bizarre naturalistic, while having a cartoonish lack of style and flare, giving them an oddly uninteresting sense of momentum.

Momentum is something that this film doesn’t think is all that important, however. Arguably Soderbergh’s slowest feature, the film’s miniscule runtime may feel a tad longer, as his pacing here is deliberate and molasses slow. That said, it’s all for the film’s betterment. There is one singular reason why these 600 or so words up to this point have been written. The film is Soderbergh’s child. Easily his most distilled independent piece, the film features some of his best filmmaking, particularly in the conscious pacing. Adding a distinguishing sense of impending doom and dread to an already ominous sense of atmosphere, the film is a film that only Steven Soderbergh could have made possible, and to such a great extent. Odd lead performances be damned, this is not only an underrated gem, but yet another masterpiece found within Soderbergh’s historic filmography.   Toss in the fact that the film has a rather poor home video release and some stunning digital photography that would look brilliant on Blu-ray, and you have a film that is long overdue for its day in the Criterion sunlight. At least this writer thinks so. 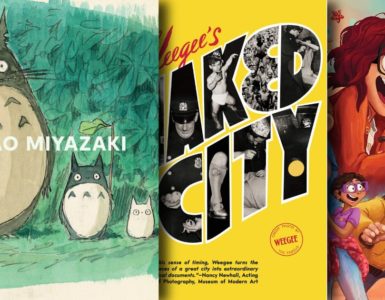