With his name on the tips of everyone’s tongues, or at least the ones of those who appreciate, adore or are obsessive (or all three?) with The Criterion Collection, director Teinosuke Kinugasa has seen his work (particularly his recently Criterion-approved Gate Of Hell, come under the spotlight recently.

One of Japan’s forgotten auteurs, Kinugasa is finally entering the Collection with this classic film, but is this the route Criterion should go when introducing the director into their ranks? Especially when, all the way back in 1926, the director released what many see to be not only the director’s crowning gem, but a crowning gem of Japanese silent cinema.

Released that year to almost no response, A Page Of Madness was thought lost until, in 1971, the director found a copy of the film in a storage shed, struck a new print, and the film has seemingly been languishing ever since. With only a 3D version available stateside (one that, I mind you, does not include a 2D version of the film as well), this masterpiece of surreal silent cinema seemingly ripped out of the mind of a director like Luis Bunuel, the film (known also as The Forgotten Pages) is easily one of the most startling pieces of silent cinema, and something that more than deserves a Criterion-approved restoration. 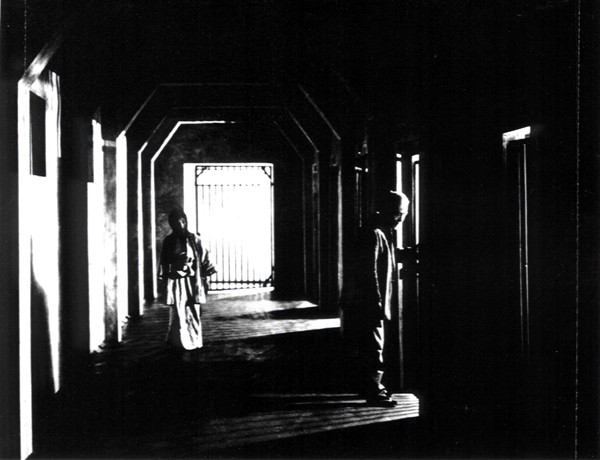 Without dialogue or title cards, the film’s premise is shockingly simplistic. The film itself introduces us to a woman who is held within an insane asylum, and her husband who happens to be the asylum’s janitor. When their daughter arrives to discuss her pending nuptials, the movie becomes a hurricane of flashbacks, kinetic editing and proto-Expressionistic photography/set design. The lack of title cards makes the film a tad tough to follow, but there is a reason for this.

The film was created in collaboration with a group of artists looking to break away from what they felt at the time was a crippling focus on realism within the world of Japanese cinema. The style itself makes this apparent, and the film was meant to be narrated, live, by a Japanese storyteller, known as a benshi, which would go along with its live score.

Making a home video release a tad more difficult, something, albeit to a lesser extent, like Abel Gance’s final, three screen-using act in Napoleon, this is something easy to overcome for any viewer, and distributor, as this is one of the most aesthetically evocative films of its era. 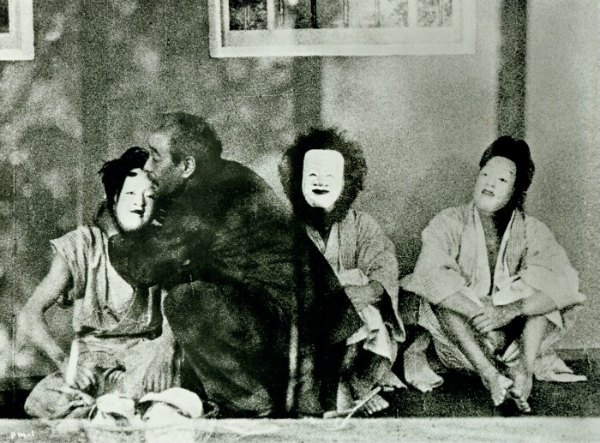 A stunning work of fever dream-inducing genius, A Page Of Madness is just that. Clocking in at, in its current state, only 60 minutes in length, the film is as brisk a viewing as you’ll find, but also as aggressive. Using every trick in the book that had been written up until that point, the film feels very much like an experiment in the vein of something like Lonesome, just tonally on the opposing pole.  Using everything from Soviet-style montage editing (or something akin to the editing being used by the aforementioned Gance at the same time) to superimpositions to black and white photography and light use found in German Expressionist cinema, the film is as if Kinugasa stayed up for weeks on end, tossing film tropes of the era into a blender and filming whatever ultimately was bred from it.

Performance wise, the film is a relative blank slate. With the stone faced Masuo Inoue and Ayako Iijima playing the husband/father and the daughter respectively, the film doesn’t rely on emotional connection to entrance the viewer, at least not narratively. The picture does ask, rather bluntly, to get a reaction. A manifesto for a generation fed up with naturalism, this group, including director Kinugasa and writer Yasunari Kawabata (who would later win a Nobel Prize in the late ‘60s) make a film that plays as the predecessor for the works of people like Bunuel. A picture like Un Chien Andalou (another shorter length film that deserves some sort of Criterion Collection DVD and Blu-ray) doesn’t seem too far off, and neither does a film like The Cabinet Of Dr. Caligari. This is truly a melting pot of silent era cinema, and one that plays as a brilliant and entrancing turning point in a cinematic landscape that has become as influential as any, Japanese cinema.

With Kinugasa now firmly part of The Criterion Collection, one has to wonder if the group, or any major company, will finally give this film the proper restoration that it truly deserves. Unlike anything made at that time, this is as fresh and vital a motion picture experiment as any you’re bound to see. A frightening, experimental silent proto-horror picture, this is something you will never forget.