Cinema is nothing if not a collection of moving images attempting to evoke an emotional response out of any given viewer. Be it a piece of experimental filmmaking or the latest summer blockbuster, the end goal for any artist, when taken at its most pure and distilled level, is to effect an emotional change in a given member of the audience.

And few films do that quite like the opening handful of sequences of Fritz Lang’s forgotten masterpiece, the thriller Man Hunt.

Best known for legendary, game changing features like Metropolis, it’s a tall order to be one of director Fritz Lang’s more memorable and affecting moments. However, this film most certainly has a handful of the filmmaker’s greatest beats. A tense and taut thriller, the picture tells the tale of a man named Capt. Alan Thorndike, one of the world’s foremost big game hunters. And what’s a bigger hunt than that of a historical figure?

Released in 1941, our lead sets his sights on none other than one Adolf Hitler. In what is one of the most eye catching opening sequences you’ll ever see (made even more enthralling when thinking about the film’s overall anti-Nazi stance in a film world where that just wasn’t the case), we see the monstrous dictator caught directly in the crosshairs of a rifle backed by Thorndike, only to discover that getting him in that position was the thrill he was seeking. When he pulls the trigger to reveal he hasn’t loaded the gun, before he is able to actually load and fire the shot that would have forever changed the world, he is caught and forced to either sign a confession saying he attempted to kill Hitler as an act sanctioned by the British government, or forever be tortured until he gives in. After finding a way to escape, the film becomes a breathless thriller featuring a handful of truly great action set pieces, and some of Lang’s most assured and lyrical filmmaking. 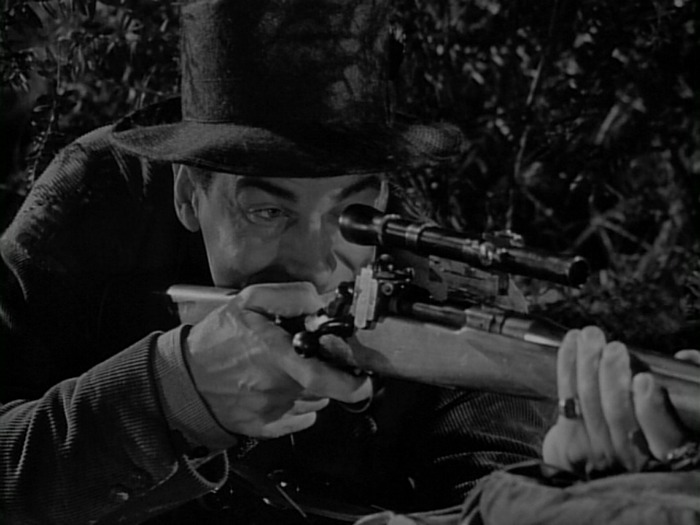 Not all films are created equal, and they aren’t all created under the same circumstances artistically, sociologically and in this case politically. In this era of Hollywood history, the idea of taking such a hard lined stance as this one was not conceivable. Taking a mostly hands off approach to any topic with a political leaning, Hollywood very rarely, if ever, took as scathing a stance on the rise to power of Hitler, and while the picture never becomes an outright rally point for any domestic involvement in the war (this is pre-Pearl Harbor after all), its point is clear and biting.

In Lang’s canon, this film is not only forgotten, but many people may truly not know it even exists. Along the lines of his Criterion Collection approved noir Ministry Of Fear, Lang’s later work is simply not as discussed as it should be, and this is very much a perfect example of just how brilliant an auteur he was. While much of the talk will be focused around the heart racing and shockingly quiet opening sequence (that is truly as close to a perfect thriller set piece as you’ll ever see), there are a handful of fantastic set pieces here, ranging from a series of sequences set aboard a ship, to an unforgettable chase sequence in the London Underground, all with Lang’s distinct eye for set design, camera placement and most importantly the use of lighting and the black and white photography. Very much a typical Lang picture, the use of lighting here is top notch, and the use of blacks and whites is heart stopping in a handful of segments, particularly the above mentioned London segment. There’s always a certain feel to a Lang film, a feel bred by the expressionistic filmmaking he helped pioneer in his native Germany, a geometry that sees him, today, rightly considered as one of the greatest and most influential filmmakers of this time period. From the very outset, there is a great sense of unease and tension, as while the shock of seeing Hitler through a rifle scope is enough to make someone jump back in their seat, the reveal that follows when he pulls the trigger is so startling that the entire rest of the film is shrouded seemingly in a mist of tension and uncertainty. It’s a tour de force directing job that is as definitive a piece of Lang’s canon aesthetically as anything the filmmaker would go on to make.

And it has some great performances to boot. 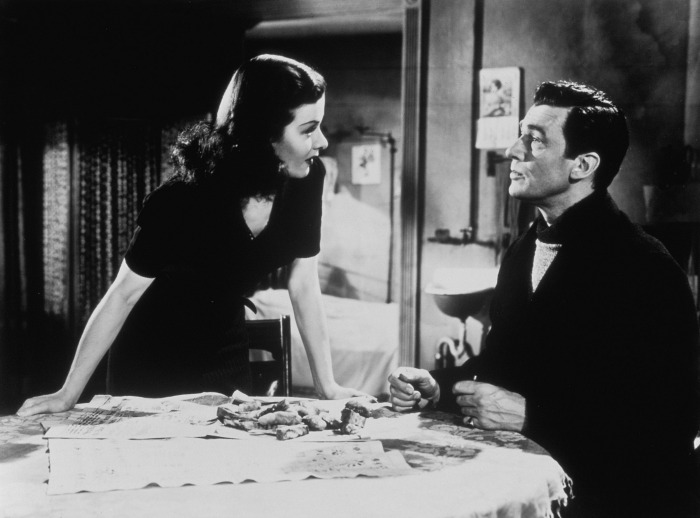 Led by Canadian born Walter Pidgeon, the cast here is uniformly great, with Pidgeon giving a superb lead turn. It’s an interesting character and an intriguing performance, as the main idea is that while he was found with a rifle, the entire point he wanted to make wasn’t that he was going to kill the man, but that he could if he wanted to. It’s a really enthralling bit of thematic discussion itself, beyond the obvious political stance, and the performance is charismatic enough to carry the film narratively as well. A really good bit of acting, the film thrives thanks to this performance. Joan Bennett co-stars as Jerry, a woman of the streets, and absolutely steals the show, as does George Sanders as the evil villain here, the monocled Maj. Quive-Smith. Both really add a great deal of depth the the film, and help make the film’s roughly 100 minute runtime zip by.

The film has enjoyed a bit of a revival recently, as there is a relatively easy-to-find DVD available thanks to Fox. It’s not a bare bones release either, as there is a commentary and a making of documentary, as well as a restoration comparison, highlighting a new restoration for the feature. However, it’s sadly not available on Blu-ray and that is just a wrong that needs to be righted. Criterion could do well adding this to their Lang catalog, and not only port over the commentary and making of, but give us a look at the politics of the film, and Lang’s relationship to it. A director who himself was once asked to join the Nazi Party as the leader of their film and propaganda machine, his views are loud and clear here, and it would be interesting to learn more about Lang’s time in Germany and what led him to leave. Toss in a look at Lang’s work in America, and you could have a fantastic Blu-ray release that would once again shine a light directly on the fantastic work of this filmmaking legend.