“I love the pathetic tenacity of human beings that carry on living in the infinite vastness of the universe.”

“I am moved by the sadness to be found in the simple lives of people in the limitless space of the universe.”

The first version of that quote can be found at the beginning of Criterion’s Hulu Channel presentation of Mikio Naruse’s 1951 film,  Repast. The other comes from other presentations of the film. They originate from a statement made by Fumiko Hayashi, the novelist upon whose novel the film is based, and, not really knowing any Japanese, I couldn’t tell you which is more accurate, but the duality inherent to the sentiment is worth noting. In one translation, she seems almost to be looking down upon humanity for attempting to find meaning in their lives; in the other, she finds beauty in simplicity against the void. Both indicate the other, as the second still assumes a position of superiority, while in the first we realize that she, too, is just another human being, carrying on.

Opening with this quotation imbues the film with a grandness it otherwise does not assume.  Repast stars Setsuko Hara, best known for her collaborations with YasujirÅ  Ozu, particularly their “Noriko trilogy” (Late Spring,  Early Summer, and  Tokyo Story), three totally unconnected films that each feature Hara as a character named Noriko. Her characters never share any traits besides being single women in postwar Japan – and, in the first two, resisting marriage. In  Repast, we find her quite unhappily married, noting immediately in a quickly-dispatched voiceover, “I had hopes and dreams before. Where did they go?” The phrasing of this question is key, as she mourns not only what happened to her specific designs for living, but also the very act of hoping.

As with most unhappy marriages, she is not particularly mistreated, but rather neglected. Her husband’s position, as a stock broker, has forced them out of Tokyo to Osaka, over three hundred miles away, and his unwillingness to trade stocks himself or advance his career has kept their income rather limited. Additionally, Hatsunosuke never accords her much respect or affection. Five years in, Michiyo never seems comfortable, her hair constantly unkempt and her expression too often downtrodden. We wonder if this could indeed be a reflection of the same woman Hara played in  Late Spring, five years on and just as unhappy as she predicted. 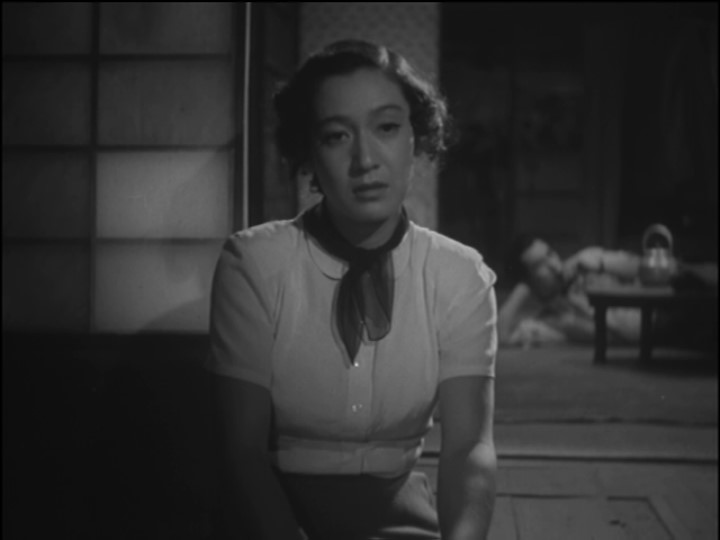 Matters are exacerbated when Michiyo’s niece, Satoko, runs away from home in Tokyo and comes, unannounced, to stay with her. This causes some immediate financial worry, as there is now an extra mouth to feed, and as is so often the case with someone at twenty, Satoko is not a terribly loyal or considerate person, far more given to her personal whims than any larger concerns. When Michiyo finally gets a night to herself to visit with old school friends, she asks Satoko to prepare dinner; Satoko instead takes a nap and flirts with Hatsunosuke. He is, naturally, endlessly charmed by the affection he feels absent in his marriage, but which he remains helpless to engender, preferring instead to steer conversation towards ways in which Michiyo can satisfy his needs – he’s hungry, he’s thirsty, his clothes need washing/mending, etc.

The title, in fact, refers specifically to “a meal” (the more literal translation of the Japanese title  Meshi, though “repast” means the same thing), a concept to which the film returns time and time again to convey, yes, comfort, but with a twist. It’s the sort of comfort that comes with the knowledge that life will more or less play out in a certain way, with very little you can do to change it. “Putting a meal on the table” is (and was more certainly at the time of this film) considered the bare minimum of a man’s responsibility to his family, and Hatsunosuke is very much a man willing and able to meet his most basic duties, though little more than that.

Yet Michiyo is not all victim here, and Naruse approaches her role in the film with surprising perspective. Throughout the film, we’re meant to think of her as the long-suffering wife type, entirely deserving of our sympathies, with Satoko playing the role of the flighty, pretty little thing whose immaturity is contemptible. But when a character, late in the film, condemns the latter for being driven purely by emotions without concern for her own responsibilities, Naruse frames Michiyo and Satoko together, linking the two in a very key moment, and soon after assigning them the exact same responsibility – to make the bed they will share for the evening. It’s a tossed off moment of righteous indignation of the part of the speaker, barely registering as a “big moment,” but it conveys incredible thematic depth. 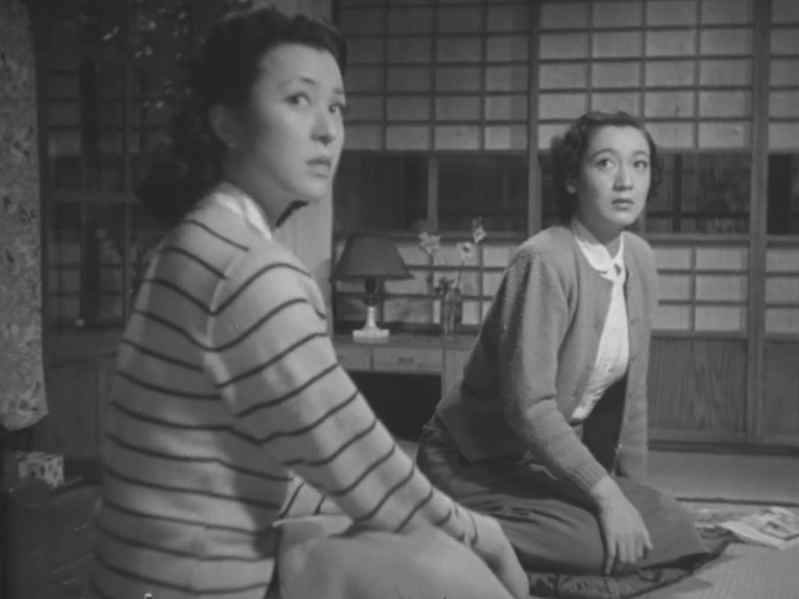 Presented in its original full frame aspect ratio,  Repast  comes to Criterion’s Hulu Channel in an HD transfer that looks less than ripe, but not quite rotten. It’s slightly compressed and washed out, but still shows fine detail, decent depth, and a little bit of film grain. For most of its running time, it scarcely looks better than a better-than-average SD stream, but when it pops, you really appreciate the extra effort.

This will be a running theme throughout this series, but Naruse needs better than what he’s been accorded, by distribution companies like Criterion surely, but most of the blame must fall to audiences. I really hope a market emerges at some point that would welcome more of this great director, and if it ever should, this should immediately warrant conclusion. It visits themes so deeply ingrained in Naruse’s work – a woman’s place in postwar Japan, the inability to escape one’s station, and the sentiment of the quote that opened this article – but by situating us with a housewife instead of a geisha, its setting is more recognizable, personal, and for many of us, more resonant. Naruse’s vision of Osaka at this time is stunning and knowing, and would look beautiful in a more fully-rendered HD transfer. Appropriate supplements, such as a video essay tracing Hara’s ascent into the role of a married woman, and how that might inform how we see her more familiar work, would make this a very interesting package.