It should come as no surprise by this point in the series that Mikio Naruse possessed an endless fascination with the marginalization of women. And is there any more traditionally  subservient  role a woman can play than that of “wife”? Naruse begins and ends his so-titled film with scenes of a woman doing chores while her husband heads to work, writing voiceover for each that indicates neither are happy. They’ve been married for ten years, but feel more distant than ever. It’d be one thing to begin a film this way, another to end it, but by doing both, Naruse is in many ways downplaying the drama that plays out during the intervening time – in spite of everything that has happened, nothing has changed, and perhaps never will.

That intervening time is consumed largely with infidelity, both within the central marriage and without. Mihoko and her husband Toichi rent their upstairs room to a couple who has fallen on hard times due to the husband’s drinking habit. When they inevitably fall apart, the room is taken over by a young woman with a rich benefactor, and it isn’t hard to see what the arrangement is here. The money is good, however, so they take her in, and Mihoko seems to largely see the problem as someone else’s affair, so to speak. When she discovers her own husband’s affair (with a girl at his office), the upstairs activity suddenly becomes alarmingly personal, a constant reminder of her torment.

As always, Naruse approaches his story with tenderness and understanding, showing how easily one can slide into adultery without meaning to. Look, for example, at this brief, simple sequence, wherein Toichi is meeting up with his lover and, for the first time, her son. This is the exact sequence of shots as they appear in the film. 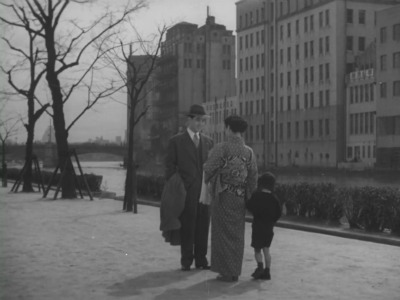 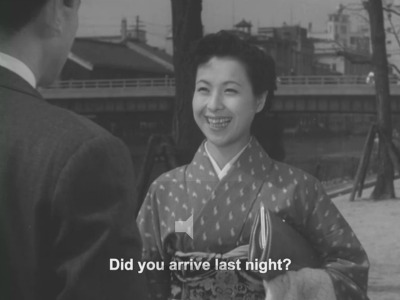 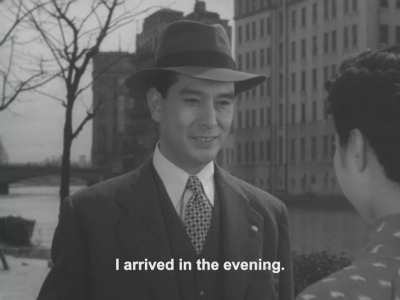 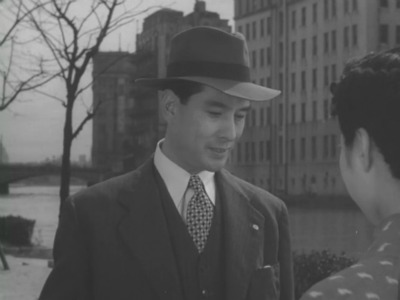 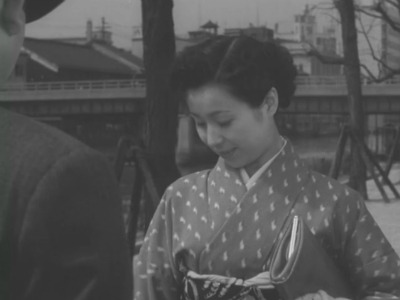 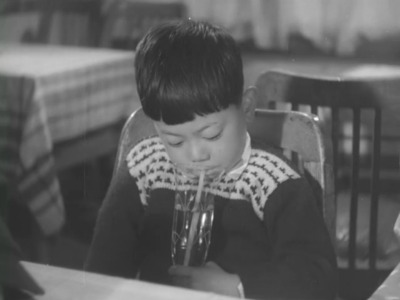 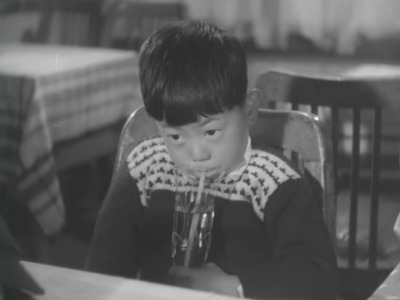 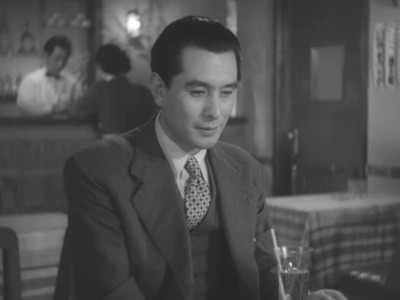 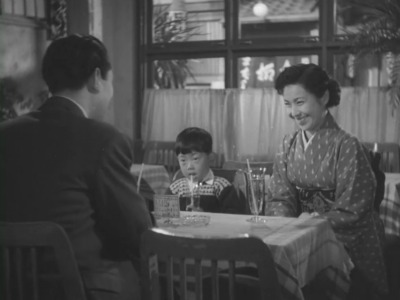 It’s so simple, yet so profound. Without skipping a beat, Naruse is at once communicating some basic expository information (not only about Toichi’s arrival in Osaka, where Sagara lives, but also their meet-up and the introduction of her son), while also revealing something deeper about the passage of time and the innocence of seduction – how easily one can meet up with an former colleague, and suddenly find themselves in an intimate setting, sharing a meal (drinks, anyway) as would a family. Within one frame, Toichi is transported into a whole different level of commitment and affection.

Naruse’s aesthetic has, on the whole, reached new heights with this film, packing much more action into each frame, allowing the foreground to inform, contradict, or enhance the background, and vice versa. 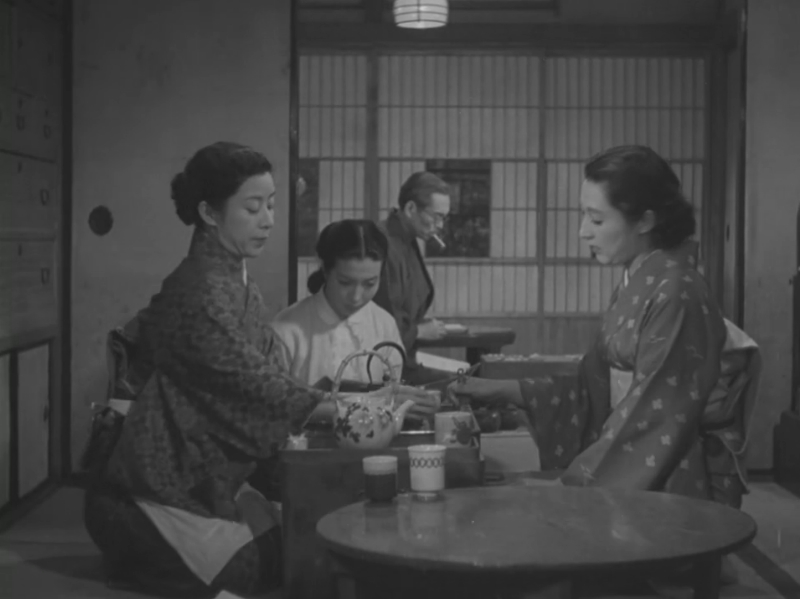 This is the second film in this series that was adapted from the works of Fumiko Hayashi. Like Repast, it’s about a marriage at a crossroads, and a wife who seeks the refuge of her family to think things over. Aside from a thematic preoccupation with women’s roles,  Wife  also looks at the politics of marriage. While Mihoko is considering her options while her husband is off with another woman, she discusses the prospect of divorce with her younger sister, whose childish fascination with the busy divorce courts is at once absurdly naive and refreshingly honest (once again displaying Naruse’s stunning duality). “Will divorce court be able to help me?” Mihoko asks. “Don’t be silly,” her sister replies, the implication clearly being that the courts are there to serve the interests of men alone. Were Mihoko and her husband’s roles reversed, and she was the one having an affair, there’d be no question of Toichi’s ability to seek justice.

Wife is yet another resonant work from Mikio Naruse, and along with  Repast, one of the better films I’ve covered in the series thus far. Criterion has brought it to their Hulu channel in HD, looking mighty fine at that. Compression is rarely as troublesome as it has been in the past, and the image is typically crisp and clear, often displaying filmic elements such as grain, flickering, and a little damage that does not distract.

The more I think about it, the more I’d love to see a Naruse/Hayashi box set with all of the films the filmmaker adapted from the novelist. Obviously these aren’t names with the same commercial appeal as a David Lean, Noel Coward kind of set-up, but even as an Eclipse set, it would provide a cost-effective method of introducing these films to a wider audience. Not all of them are available on the Hulu channel, so I don’t know what the rights situation is, but that would be a wonderful way to present these films “as a piece.” So much of Naruse’s work, like that of Ozu, gains greater depth when approached as a whole, so it’d make even more sense to release them together.

Until then, the Hulu channel continues to provide a wonderful avenue by which one can experience these largely-neglected films, and in rather becoming quality at that.