When Criterion first announced that they were putting up hundreds of films on Hulu Plus, the first thing I thought was “oh boy! Criterion movies by the truckload!” And then I noticed that their selection wasn’t even that limited. Rather, they were putting up tons of obscurities and curiosities. Not just early Bergman pictures or other such auteurist concerns, but random programmers and fill-the-seats attractions. In the 1930s especially, there was little else for the lower-class populace to do when they sought entertainment  except  go to the movies, so theaters needed new product, and fast. This environment sometimes yielded masterpieces, and sometimes they filled the screen and then disappeared.  I thought it was high time this column cover one such movie.

The Squeaker  takes the rather unlikely premise that a fence for jewel thieves would give the thieves to the police if they don’t sell to him. So yes, to explain the title, apparently in Britain at this time, such an action was called “squeaking” (so if gangs at the time made t-shirts, they’d read “Stop Squeakin’,” which is pretty funny). Anyway, this presupposes not only that the thieves would sell to a fence whose face they never seen, but that  all fences sit in the darkness; otherwise the thieves could just not sell to the guy whose face they don’t see. Which, while we’re at it, would be a good business practice on the all-around if you’re the  entrepreneurial  type. It’s entirely possible that I’m missing some cultural context, but I doubt it.

But I digress. Scotland Yard is having a hell of a time with these jewel thieves, so they decide to go for The Squeaker himself. Lacking any access to the underworld, they start rounding up the usual suspects, in the process picking up the former Inspector Barrabal (Edmund Lowe), who was a hell of an investigative mind until he turned to alcohol. Scotland Yard hires him back to go undercover, on the condition that he doesn’t touch any alcohol. And before long, he’s on the case! 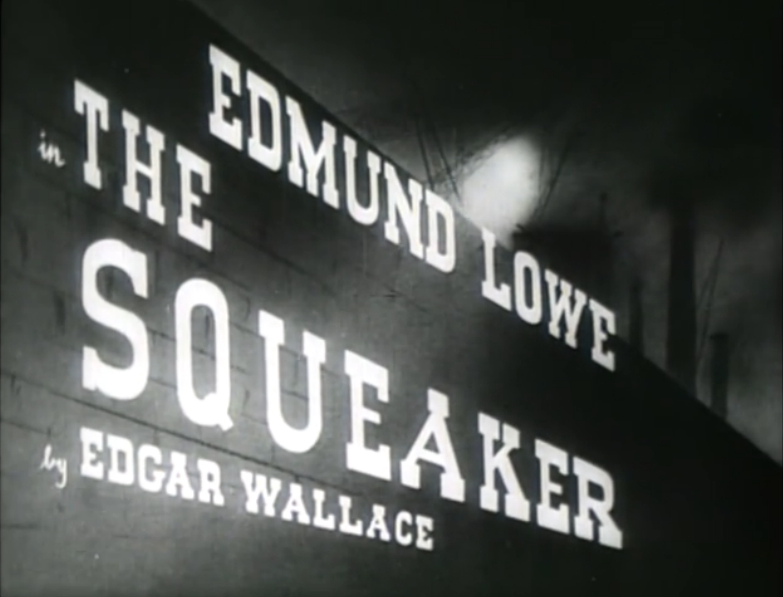 Lowe proves a fine comic lead, easily navigating the tricky waters into which he’s thrown, and it’s a pretty fun affair. The 1930s were when the film industry at home and abroad really cemented what kind of pictures they wanted to make. Sound came fast and furious at the dawn of the decade, and the melding of image and sound into a cohesive art form went surprisingly smoothly in retrospect. There are still silent gags aplenty, as when a clueless bellhop gawks at a beautiful woman in a lavish dress (for an entire scene, at that, inviting the audience to do the same), but with all the showmanship of the early sound era. Which is to say, it has musical numbers for no reason, and why not! If you have to throw together a supporting cast, whynot  make one of them a singer at an expensive nightclub, and why not show her singing and dancing to an entire song? There are few things more purely cinematic than people singing and dancing, and it’s a nice way to liven up an otherwise fairly routine procedural.

As for Lowe, he largely cruises by on charm and snide remarks, which, I have to say, makes for a much more entertaining afternoon at the pictures than the kind of grit and streetwise knowledge that would mark a modern telling of such a story. The supporting cast is stocked with enough side stories to fill three separate films, from ones as simple as a secretary who’s had enough of all these tramps coming through asking for work or the newspaperman who’s always a second away from getting fired until he rolls out the biggest news story of the week, to the jewel thief looking to make one last big score before blowing town forever. Never mind the whole deal with who we eventually discover to be The Squeaker. All in a cool 73 minutes, never feeling rushed nor short-changed. Sure, we don’t get long passages as Barrabal mourns the decisions of his past, and his budding romance is lightly sketched before blooming, but this is a movie, dammit, not a think piece. People are defined by their actions, and this is a cast born to perform. 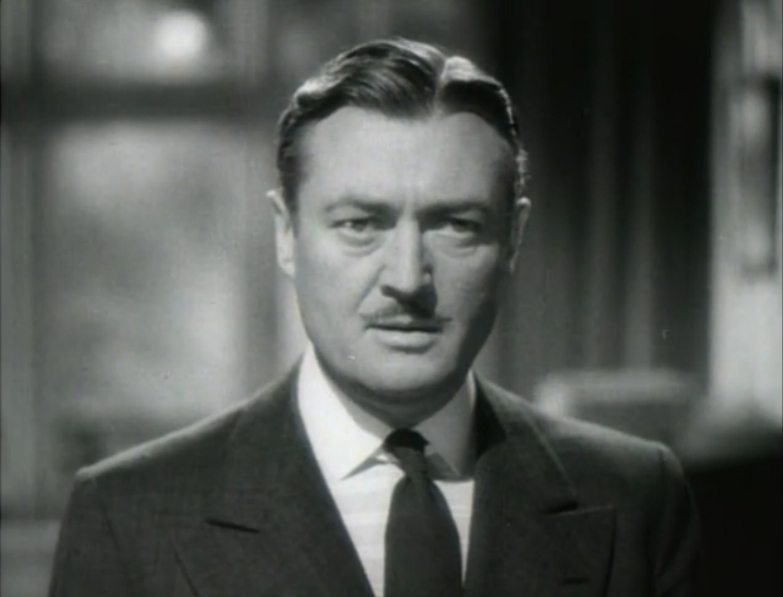 I don’t want to oversell the thing, as there’s a reason it hasn’t exactly gone down in history, but just last week I was noting that although it hardly turned out my favorite films of all time, I’d sooner watch a film from the 1930s than any other decade, and this is a perfect example. Not a great film by any stretch, but the inherent motivation to put on a show is evident throughout. Also, fellow  Star Wars  fans, Sebastian Shaw has a key role in this, proving he can do more than stand by a look sagely on at proceedings until being later replaced by Hayden Christensen.

Director William K. Howard didn’t exactly have an illustrious career, but working during a key twenty-five-year stretch in the film industry, managed to churn out fifty-four films in that time. I’d be interested in seeing some of his other work, as  The Squeaker, as much as it is a film about conversations, shows some flare when Barrabal corners his prime suspect, or especially in the musical numbers, one of which is filmed at a low, dynamic, eye-catching angle.

The standard-definition presentation on Criterion’s Hulu channel is a far cry from marvelous, but there it is for the taking. Compression issues are the biggest problem, as is a lack of a real bite in the contrast, which is sort of wishy-washy. The cigarette burns are still in there indicating reel changes, which would be evident anyway since the reels take on very different color tones from blueish to greenish to a more comfortable monochrome. If that bothers you, though, just do like me and turn the color on your TV way down, and you’ll be in black-and-white heaven. As far as the transfer lets you, anyway. Audio is a little rough, but never unclear, and a persistent hiss is in keeping with what you’d see at a rep house anyway so who am I to complain.

I’d be shocked – shocked! – if Criterion ever gave this a proper Blu-ray release, but hey, I’ve been shocked before; I can take it. What would be nice is a collection of this and other by-the-numbers London Films releases in an Eclipse set. Or, if they felt like bringing back DVD-only releases, they could do package them with a few supplements on London Films head honcho Alexander Korda’s standards of business. London Films was a grand operation when it was really humming, and as big a fan as I am of the  “Day at Denham” short on Criterion’s  Four Feathers  disc (and let’s be clear – I love that supplement), it’d be great to get more on them.

For now, though,  The Squeaker  remains on Criterion’s Hulu Channel for your viewing pleasure.