On the Hulu Channel: Carl Theodor Dreyer’s Master of the House

Perhaps humor really doesn’t translate, for master filmmaker Carl Theodor Dreyer’s 1925 silent “comedy” Master of the House is not exactly a rollicking romp. Sure, the set-up promises laughs aplenty, as it’s about a man who takes his wife for granted, treating her terribly at every turn, until, at the urging of the man’s former nanny, she takes an extended sick leave, and the nanny takes over the house with all the terror she brought to bear during the man’s upbringing.

Much comeuppance naturally proceeds, and that’s all well and good (though only “funny” in a kind of overarching sense of schadenfreude, not in any real “jokes”), but…it is a long, long road of misery to get there. Easily half of the film is spent with this poor, ill-treated woman as she tries to meet her husband’s many needs despite the fact that he’s currently out of work, leaving her with very few resources. Even when she’s moving about, trying to account for these needs, he complains that she’s moving too much! The first half is very thoughtfully-wrought, but excruciating to watch, to the extent that it’d be difficult to consider this a comedy on any terms. I wonder if much of that comes from looking at this lifestyle with modern eyes, and that the wife’s treatment was not so greatly exaggerated and only slightly egregious for the time, but Dreyer’s portrait is still so compassionate that I cannot possibly imagine another perspective. 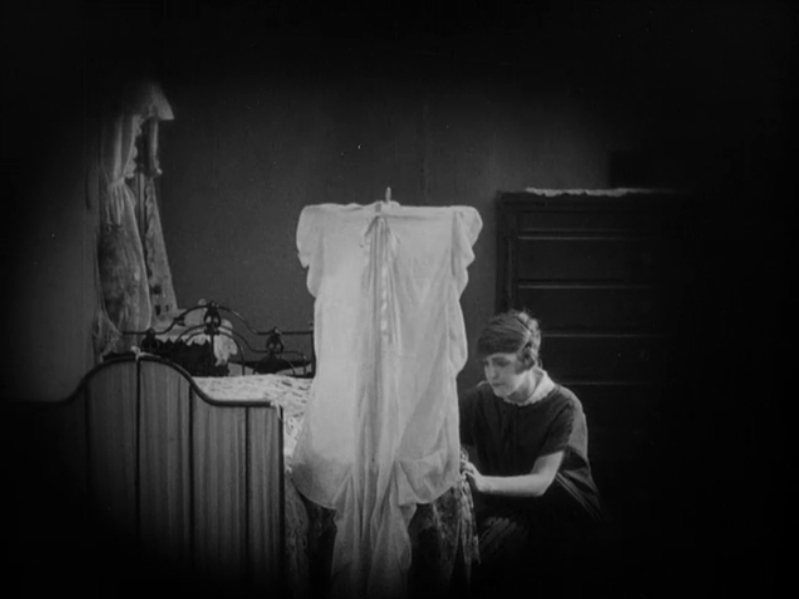 Nevertheless, it remains a good film, if perhaps a little overlong, as Dreyer really dwells on the conditions of each segment, be it the early establishing stuff, the wife’s frightened state even when her husband is away, the gradual coaxing to get her to seek treatment, or the later, more crowd-pleasing segments of the husband getting his what-for. Like his most famous film, The Passion of Joan of Arc (Blu-ray reviewed here back in November), Dreyer often doesn’t light everything in his frame, choosing only to spotlight small portions, very much directing the viewer’s attention (there’s literally nowhere else to look), but also making the emotions of his subject seem to radiate through the darkness. It’s the kind of bold innovation and experimentation that silent films could do best, capitalizing on an era in which the frame was still a frame, not merely a window.

The film proved a rare hit for Dreyer, whose stately explorations of morality and spiritual issues were never really the fashion of the day. The film played in fifty-seven theaters in Paris alone during one three-week period, and continued to be popular even during the sound era. He was able to parlay that success towards later works, and it’s possible Passion might never have come about without this (certainly, Dreyer would have a harder time convincing financiers to pay for a gigantic set he barely used). Dreyer released the film in Denmark until the title Thou Shalt Honor Thy Wife, putting his Biblical concerns for the topic front and center, but Master of the House was how it most widely played, and a more fitting title it is. While the term is an alternate for the “head of the house,” always the husband during this era, the extent to which the wife runs the household calls into question the very meaning of each phrase, pointedly so. 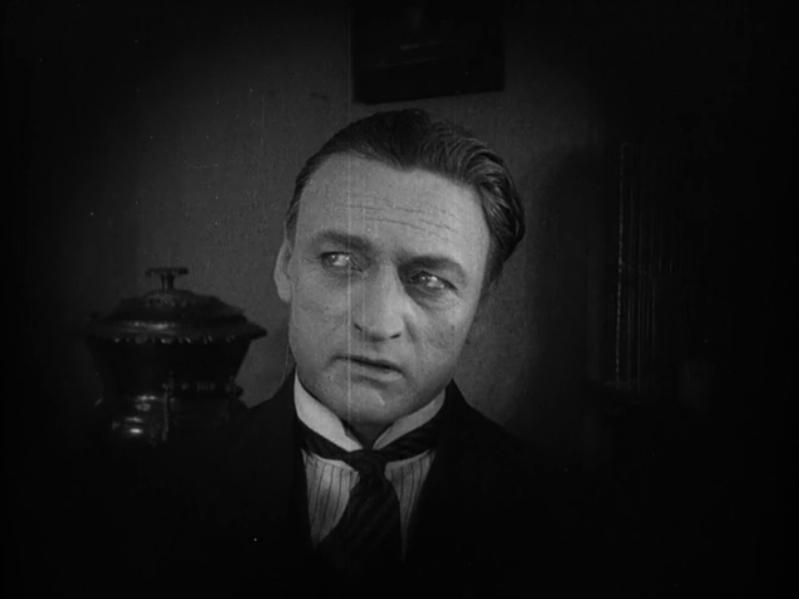 The HD transfer of this otherwise not-available-on-Region-1-disc film, courtesy of Criterion’s Hulu Plus channel, is absolutely stunning. How stunning? While I was watching it, my girlfriend walked in and said, “that transfer is amazing!” So there. The print used is obviously not in the greatest condition – it’s pretty beat up, sometimes a little faded or blown-out, and sometimes a little out of focus, but the manner in which it wavers, and the clarity of the damage, leads me to believe those latter issues are purely with the print. Some shots are astounding clear, very crisp, and there’s a nice sense of depth pervading the transfer (when such a dimension is applicable). The blacks are very deep, so much so that I had to use a separate program to determine the edge of the frame when getting screencaps of shots with a lot of negative space. Looking at DVD Beaver’s stills from the BFI DVD, there’s little question that this transfer is above and beyond what you get from that one, and could be reasonably assumed to be the best way to see the film, short (naturally) of an actual film print.

With five of his films already in the collection (including the box set that I continue to pray will be Blu-graded), it would be nice to see Criterion add another in the form of Master of the House, if only in a cheaper, barebones edition. A box set of some of Dreyer’s lesser-sung silent efforts would be more than welcome, as this, Michael, and The Parson’s Widow and/or Bride of Glomdal would be extremely welcome to fans of silent and world cinema. Special features analyzing Dreyer’s standing in this early part of his career would be extremely welcome, as well as some behind-the-scenes insights on Master of the House, to which Dreyer brought an uncommon desire for realism amidst his expressionist tendencies (a duality that would really find fruition in The Passion of Joan of Arc).

As always, for now, Criterion’s Hulu channel has done us a great service in bringing this film in such great condition.