This is incredibly reductive, but in many regards, there are two types of directors – those who make a different film every time out, and those who make the same one. Assuming a base-level of talent, the latter group is either dismissed or widely lauded almost reflexively, while the former tends to enjoy a consistently challenging career. Auteurists such as myself tend to be more fascinated by the latter, and in discussing Marcel Carné, it is worth defending here their purpose. Remaking the same film is not a stance of laziness, but one of purpose, perhaps even obsession, to drill away at a specific feeling or corner of existence until it has been exhausted. With Carné, it extends well beyond the simple matter of theme – many of his films are almost literally the same film.

They’ll follow a romantic, yet tragic (or vice-versa) man as he travels through the nooks and crannies of a town that is densely populated, yet weirdly insular. He’ll continuously come into contact with an interrelated (not in a familial sense, mind) group with a history of their own, always surrounding some woman who’s of intense desire to them all, and some near-mystical figure would not be out of place in the surroundings. Things probably won’t end well, but you know that from the outset.

By my reckoning, I’ve seen this film five times, and there’s a sixth that has more than a few of those same elements. I’ve yet to tire of it. For those less familiar, I still maintain Port of Shadows as his best work, and the clearest distillation of this premise, but his 1946 film Les Portes de la nuit (Gates of the Night) is a more than welcome voyage back into Carné-land. It’s at once the furthest removed from reality, even as its recent-historical setting could not be more intrinsic. Taking place on a winter evening following the liberation of France during World War II, the pervasive melancholy Carné (along with screenwriter Jacques Prévert) could hardly have found a more fitting home. Life after wartime automatically forces a country to reassess itself (as Paul Thomas Anderson’s The Master beautifully explored this year), and France was certainly presented with a unique set of challenges. 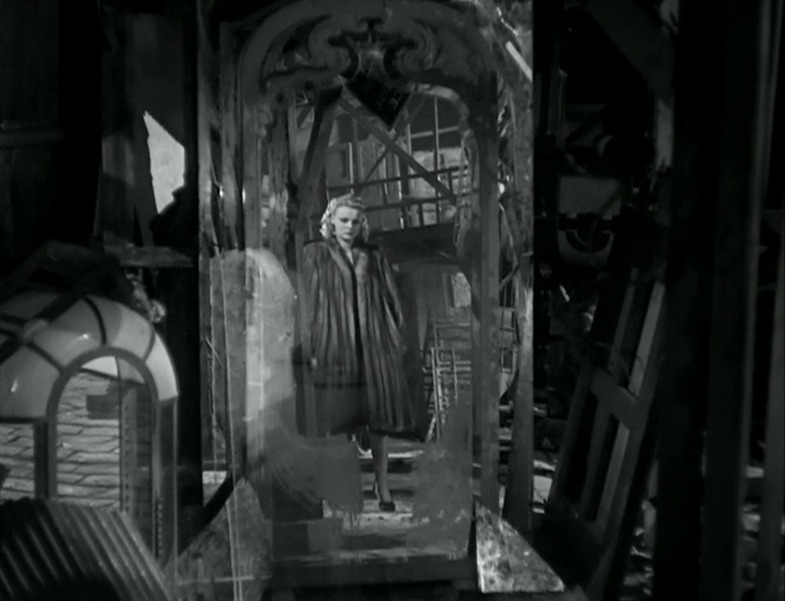 Germany had occupied France for four years, from July 1940 to August 1944, far more than enough time to establish and ingrain a way of living. During that time, underground Free French Forces collaborated to overthrow the regime, but there were more than a handful of French citizens willing to go along with the German-determined power structure. The attitude that makes one an accomplice to the powers that be is also one most eager to simply return to everyday life, but resentments understandably linger from one’s more ideologically-driven neighbors, and this conflict is hardly ignored within Les Portes de la nuit.

But of course, this is still Carné and Prevert, so there’s more than enough existential fatalism, romanticism, and the intertwining between the two to go around. That Nathalie Nattier is literally introduced within the film as “the most beautiful woman in the world” should be clue enough as to the particular emotional and aesthetic tenor of the piece, and the romance that ensues between her and lost soul Jean Diego is as affective as any Carné has put to screen. Les Portes… emerges as one of the most potent postwar films I’ve seen from France, or any country for that matter, weaving the sorrow, melancholy, and uncertainty of life after wartime into a scenario that could take place in any other setting is ingenius, and turns what could have easily become an overwrought exploration on the issues of the day into a truly timeless film. For Carné fans, this is an easy recommendation, but more so than some of his most esoteric work (your Les Visiteurs de soir or Hotel de Nord, for example), has a kind of real-world grounding that should appeal to most. Even amidst the prophetic hobos. 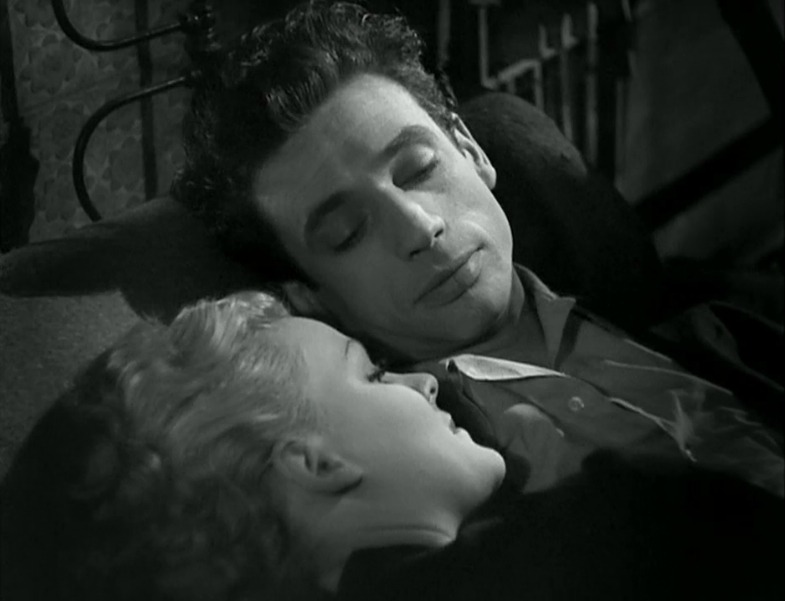 Criterion presents Les Portes de la nuit on their Hulu Plus channel in what they posit to be an HD stream, but which videophiles may find somewhat lacking. Bearing more resemblance to an up-rezed standard definition transfer, Les Portes… is frequently soft and exhibits digital artifacts (blocking, especially) throughout. In lieu of its availability any other way, it will certainly suffice (contrast, for one, is very strong), but especially in the wake of Criterion’s staggering release of Les Visiteurs de soir, it’s tough to truly be satisfied with this.

That said, it would make a wonderful addition to the Collection. Criterion has exhibited tremendous strength in these classic works of the French “cinema of quality,” and Les Portes de la nuit provides such a great opportunity to discuss the state of France leading up to, during, and immediately following World War II, never mind the state of the cinema that accompanied each stage. That, plus some features exploring the blurry line Carné explores between the real and the fantastic, and a characteristically beautiful transfer to do justice to cinematographer Philippe Agostini’s ice-cold photography, and we’d have one of the strongest left-field releases of any year.

In the meantime, do catch Les Portes de la nuit on Hulu. It’s one of those lost-to-time pleasures that the Hulu Plus page provides such a great avenue for rediscovery, and I’d say that even those resistant to Carné’s charms will find much to celebrate here.