With  Mother, Mikio Naruse once again pulls himself out of the brothel and into the home. Looking at one family in the Tokyo suburbs for a year or so following World War II (characters suffering cancer, recently returning from P.O.W. camps, and a mention of Tokyo burning posits it firmly as such),  Mother  is a more sentimental turn than I’ve become accustomed to in his work, but he’s hardly abandoned the “bitter” aspect of his bittersweet taste.

The titular character is never named, lending both her (as played by Kinuyo Tanaka) and her position in society a sort of mythological quality. After her husband takes ill, Mother has to assume the responsibility of running the family laundry, an operation we sort of take for granted but which the film reveals to be a massively complex endeavor for highly-skilled people. She enlists the help of family friend Kimura, who says he trained five years to become the expert launderer he is. Their relationship, or lack thereof, is constantly teased and hinted, and the question of it ultimately being indulged is easy to answer for anyone familiar with Naruse – he’ll always take us to the precipice of happiness, but never quite let it sink in. 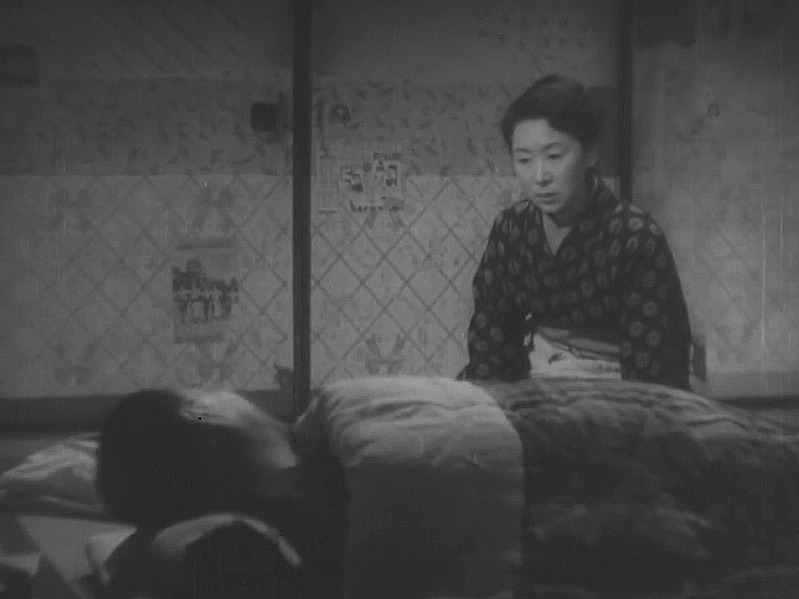 Yet Mother isn’t even the film’s main character, if it could be said to have one.  Mother  is ultimately about the family, with repeated voice-over from the perspective of the oldest daughter, Toshiko (Kyoko Kagawa), whose noble desire to maintain the familial unit is also its undoing. She fights against her mother’s desire to remarry after her father dies, she fights against her sister going to live with their aunt and uncle when times get tough, until she realizes a close friend has aims to marry her. Well, then, of course it’d be okay for  her  to leave.

Naruse, being that most mature of filmmakers, doesn’t use this irony in a mean-spirited way, choosing instead to illustrate a certain essential, irrevocable need for companionship we all carry. Toshiko doesn’t want her family to be unhappy; she just doesn’t want the people to whom she is closest to abandon her, leaving her all alone, or at least isolated. Naruse doesn’t let her off the hook for her selfishness; he just directs these scenes towards her overwhelming sadness. Her expression of it is somewhat pathetic, perhaps, but her inherent feeling is incredibly sympathetic.

What emerges from all of this is an undeniably sentimental family portrait, but wrung through so much longing for this vision of a perfect life the family clearly never really had. One son in a  sanatorium, two others who would have been born during or just before World War II, and parents who have worked every day to build a modest success that couldn’t even pay to treat the father’s cancer. Instead, he has to spend his remaining days on the floor, telling his family (and himself) that he’ll be better in a few days. “Is money more important than your life?” his wife asks. It goes unanswered. 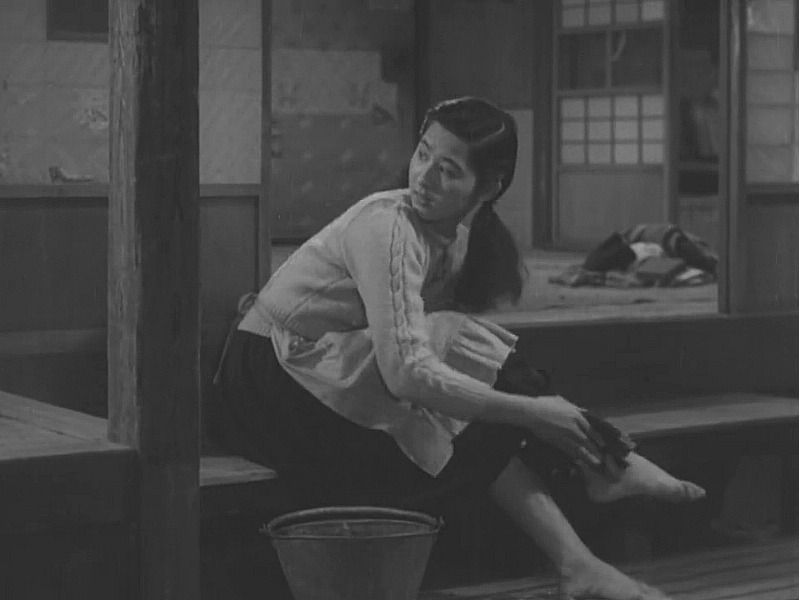 Presented in HD in its original aspect ratio,  Mother  looks fine  on Criterion’s Hulu channel, if not particularly noteworthy. It’s about on par with the other Naruse films covered in this series. Steady enough grays, but the blacks are a little undefined, and the film as a whole has some compression issues. It’s not enough to get in the way of viewing, and is less overtly problematic than even some of Criterion’s Blu-ray releases; it just suffers from a pervasive mediocrity. And that’s okay. As more and more films are cataloged and made available, we’ve taken on the casual expectation that they’ll all receive massive restorations, but for the most part, we’re damned lucky just to be able to see them. Streaming has become a savior for films lost during the DVD era.

Should Criterion decide to bring this over to physical media, some special features contextualizing  Mother  within postwar Japan (both in societal and cinematic terms) would not be out of place, and though I say this about nearly every film, I think this especially would benefit very well from a commentary track. There are very clear thematic through-lines in  Mother  that are explicated in specific ways as the film moves on, and a canny scholar with the ability to build his or her case while the movie plays could work wonders here.