For as often as Robert Rossellini is attached to the genres of neo-realism and melodrama, I always try to go out of my way to point out his immense strengths just as a storyteller, a spinner of yarns if you will. Rome, Open City is an expression of a city’s anguish, certainly, but it’s also a ridiculously engaging film to watch, densely-plotted and thrillingly executed. And while he could occasionally rest on his laurels – while I like Voyage to Italy an awful lot, it’s pretty damn slight – his capacity for visual storytelling was never hampered by a lesser screenplay. He has this way of undermining foreground action by placing doubt in the background that introduces tension in such a fantastic way that even the most mundane of scenes can take on immensely engaging complexity.

So in many ways it makes sense that he would tackle a film that uses genre more overtly; in this case, the film noir. Fear (1954) has the most basic of noir set-ups – Irene (Ingrid Bergman) is seeking to end an affair she’s been carrying on with Enrico (Kurt Kreuger) after her husband, Albert (Mathias Wieman), returns from subsequent stints in prison and a clinic, but is quickly blackmailed by Enrico’s mysterious ex-lover (Renate Mannhardt). Most of the film to follow involves the typical ducking-and-weaving one would expect from the set-up, as Irene struggles with what to tell her husband, the guilt of the affair compounded because she’d thought she’d left it behind, and the increasing struggle to do so all the more emotional because she had such a hard time of it. 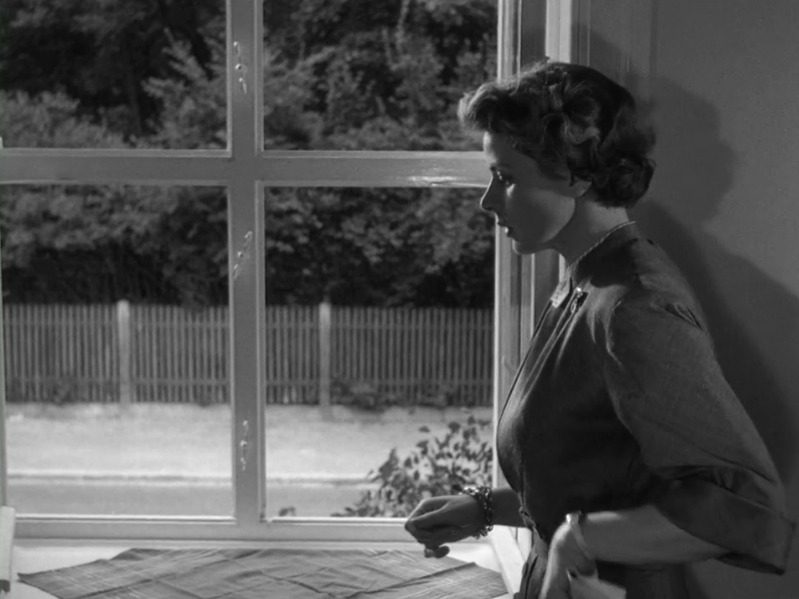 That’s the key flavor Rossellini brings to such a familiar story – an uncommon emotional intensity. Most protagonists in thrillers focus intensely on solving the problem at hand, but the emotional effect of being involved in legally and morally questionable affairs is rarely accounted for. Rossellini and Bergman more than make up for this. She, one of the most vulnerable actors ever to grace the screen, lets it all hang out, barely restraining herself from falling to pieces every time her husband raises an eyebrow at her increasingly-erratic behavior. It’s not just beautiful acting; it enhances the narrative, introducing tension to every phone call, every car ride, every moment of isolation.

One aspect of the film, not quite as evident in the Italian dub Criterion posted to Hulu, is that the film takes place in Germany, and most of the principal cast (aside from Bergman, who always plays a Swede) are playing Germans. Even Irene’s lover, called in the dub (and subtitles) “Enrico,” was actually “Erich” in the original film. I hope that Criterion will present the German version should they decide to release this on Blu-ray (more on that in a second), but the Germanic setting is noteworthy in several regards. Even though German occupation was the subject and setting for Rome, Open City, Rossellini remained fascinated by the postwar climate in the enemy country.

Germany, Year Zero of course represents the push-pull of audience sympathies most directly, by centering the story around a child entering his teenage years, who would have been brought up in deep Nazi ideology, only to be told to put all that behind him following the war, but Fear is doing some fairly canny things with these allegiances as well. We’re never directly told what it was that Albert went to prison for, but given that he oversees a large pharmaceutical plant that does not exactly seem to have sprung up overnight, one images he’s been in business for awhile prior to the film’s early-50s setting. There is then the matter of a sort of embedded cruelty within many of the German characters, trickling all the way down to Albert and Irene’s daughter, who hides her brother’s rifle because she was not given her own, and Albert’s punishment of her for this act, first telling her that it is enough for her to be honest and sorry, then punishing her anyway. 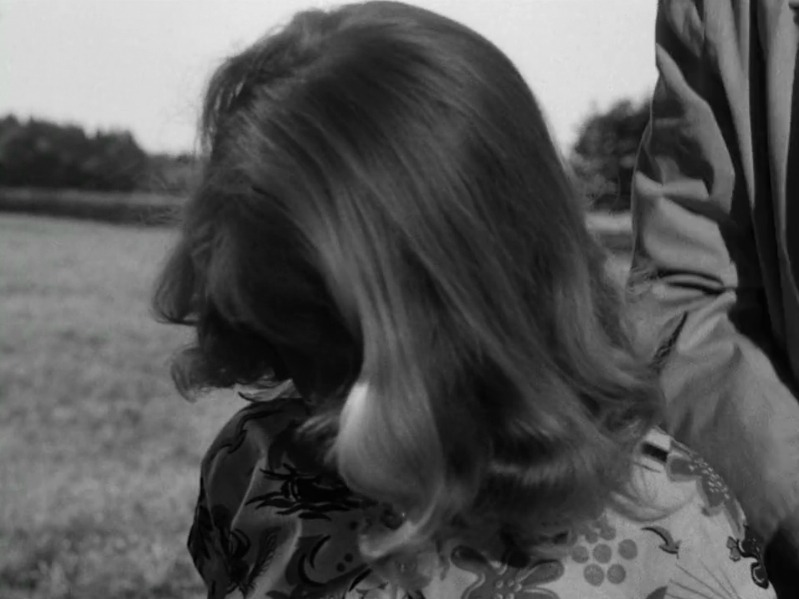 But things aren’t quite so simple there. This isn’t The White Ribbon or anything, in which anyone who could’ve potentially been a Nazi is to blame. As an outsider, Irene is in a position to question the moral environment (including some cruelty employed towards the plant’s test animals), but, even ignoring her adultery, she is instrumental in the plant’s success during Albert’s absence, building up a country that had her own under their collective thumb during the war. This is to say nothing of Sweden’s famous neutrality, which resulted in them being amorally complicit in selling materials (particularly iron) to Germany. Similarly, there are few mentions of nationality in Fear, outside of establishing Irene as a foreigner, and her capacity in her environment is never questioned; she’s one of the locals.

Rossellini allegedly made the film out of an interest in exploring how far Germany had come since Germany, Year Zero, and the contrast is certainly striking. The 1948 film is one of those great studies in postwar destruction, with people living in barely-complete rooms, destruction everywhere, and a pervasive sense of unease, while by 1954, the city seems more or less operational, or at least well on its way. But I want to stress that while these may have been Rossellini’s motivating factors, and they provide a lot of interesting subtext, the pleasures of the film are much simpler than that, and it’s Rossellini’s emotional expression of his thriller plot that makes the film truly exceptional and, next to Stromboli, my favorite of his collaborations with Bergman. 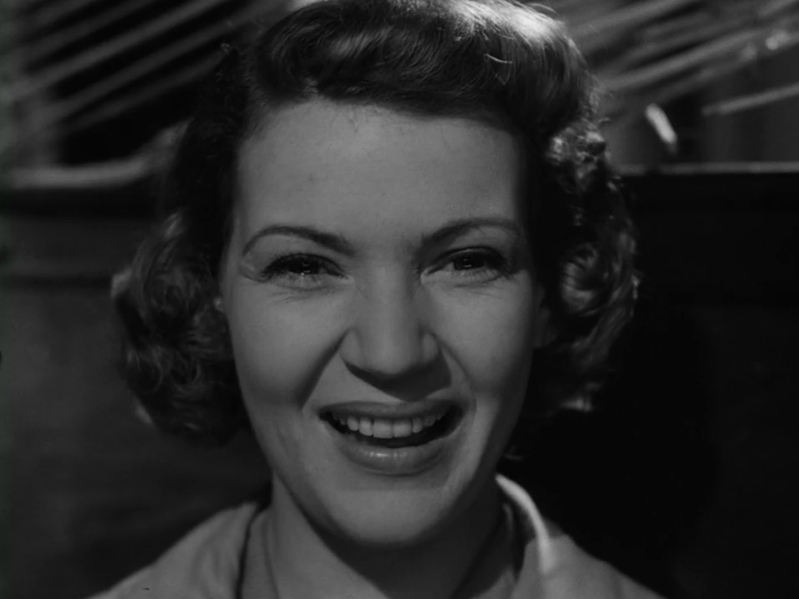 Freshly scrubbed by Cinecittà, Fear looks absolutely fantastic on Criterion’s Hulu channel. Presented in HD in its original, full-frame aspect ratio, it’s practically the definition of the silver screen, giving off that great classic glow that only these old black-and-white films could without undermining the emotion with too much “glitziness.” Contrast is superb, grain texture is very satisfying, and the whole thing looks as crisp and clear as you could ask. I really have no complaints, at all, with this, and it’s among the best-looking streams I’ve ever seen. Audio isn’t quite as sharp, sounding a little like it’s come and gone through a large movie house, though that certainly has its own charms.

The extent to which Criterion needs to get a Rossellini/Bergman box out and available cannot be overstated. Stromboli, Europa ’51, and Voyage to Italy are of course the “big three,” but I’d say this more than earns its place among them. The beauty of the pictures more than justifies a Blu-ray release, and the special features one could develop around them are almost innumerable. There is first the matter of presenting all the available versions, though I’ll leave more expert hands with the task of determining which one is “correct,” but these years were so important to the lives and careers of Bergman and Rossellini that they ache to be fully explored in a way only a Blu-ray set can, with not only the films themselves, but commentaries, video essays, and a booklet examining every nook and cranny, including why they’ve been buried for so long.

When I was in film school, which was only a couple of years ago, my professors had no reasonable means of presenting any of Rossellini’s major works. One showed a couple of clips from Stromboli and Rome, Open City, but she stressed that materials were in notoriously awful shape, and was still hoping that some company would finally master them. Criterion have already done us a huge service by getting that War Trilogy out (and whenever I’m asked about essential Criterion releases to own, that’s among the first I mention), and this is what’s next. For now, I cannot overstate how amazing it is to have these available on Hulu, and I hope those of you using this free weekend (February 14th-17th, 2013) from Criterion will give at least one of them a look. Fear (which is floating around elsewhere, but only Hulu has the uncut version) would be a fine place to start.