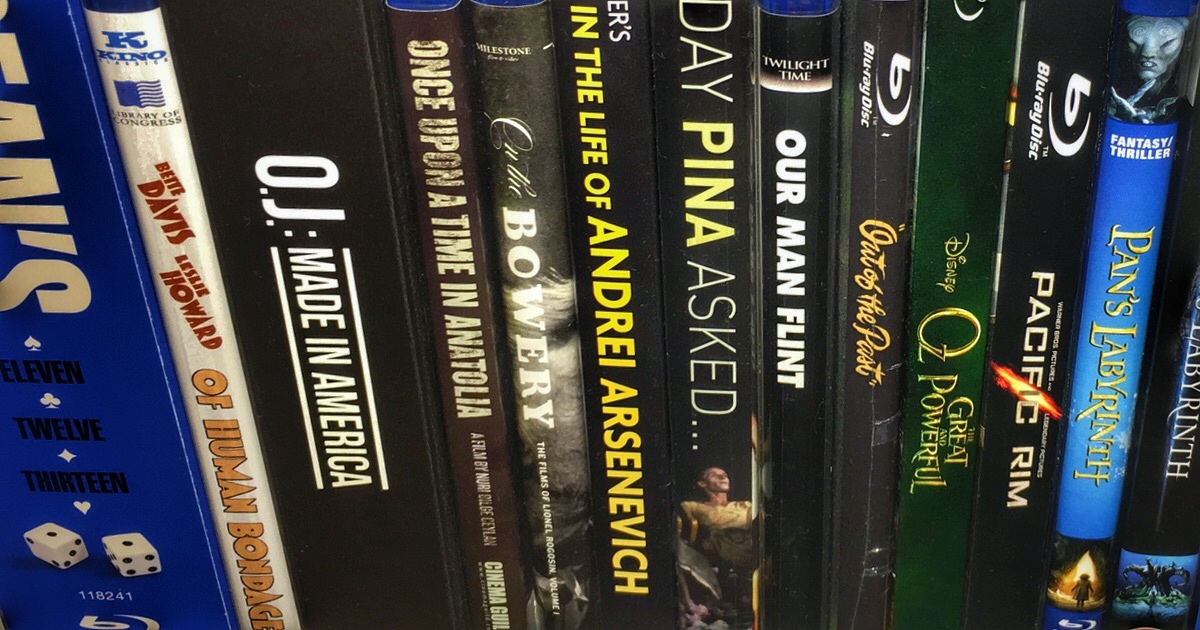 I mean, honestly, where else would this list start? Closing out April with a bang was The Criterion Collection, releasing their latest collaboration with beloved filmmaker Wes Anderson, in the form of a new and glorious DVD and Blu-ray of arguably his most impressive film, The Grand Budapest Hotel. Telling the story of a hotel concierge and his right hand man/bellboy as they go on the run following the death of an elderly woman the former may or may not have been sleeping with. Released in 2014, the film stars Ralph Fiennes and Tony Revolori as M. Gustave and Zero respectively, and is inarguably Anderson’s most stylish film, easily the clearest expression of Anderson’s long-discussed dollhouse-type direction and design work. Chock-a-block with incredible performances and a painterly hand behind the camera, the film’s a strangely moving, often uproarious story of friendship and the hunt for companionship in a world that’s ostensibly little more than chaos played out by people in fancy clothes. A must-own, this film is.

Notable Supplement: The Making of The Grand Budapest Hotel is one of the better making of documentaries we’ve seen in some time. Incredibly detailed and insightful, the documentary is a portrait of one of today’s great and most singular craftsmen, and the troupe of players that has more or less become his closest collaborators. Made specifically for this release, there’s a clarity here regarding everyone’s process that turns this supplement into an incredibly important text.

Next up is the first and only sequel on this list. The second in Flicker Alley’s entrancing 3-D Rarities series, Vol. II is yet another thrilling journey into the history of 3-D cinema, and features three “segments.” First up is a series of shorts, spearheaded by the prologue for a film entitled Frankenstein’s Bloody Terror, a German/Spanish picture that seems almost made in a laboratory specifically to either be studied as a 3D curio or mocked on the best MST3K episode not yet made. Next u is a feature length film from 1953, entitled El Corazon y la Espada. Scanned and restored in 4K, this prestine-looking update of the film is the first time the film’s been seen in its intended form since 1955, and as Mexico’s first 3-D film it stands as a fascinating historical document regarding a major moment in an entire nation’s cinematic history. Finally, and most enticing for cinephiles, is the third segment, which is a collection of photos taken by one Harold Lloyd. Presented by his granddaughter, the stereoscopic photos feature a litany of legendary screen stars. There obviously isn’t much merit to the photographs outside their time capsule status, but if you’re a fan of classic Hollywood this is about as thrilling a watch as you could imagine.

Notable Supplement: Audio commentary on El Corazon y la Espada. Again, this standing as Mexico’s first 3-D film makes it all on its own a fascinating watch, but with author David Wilt and historian Dr. Robert J. Kiss, the commentary beautifully adds texture and depth to not just the film itself, but the important players within its production.

This one’s more or less self explanatory. Arrow Academy, on April 20, released their Eric Rohmer 100 – Comedies and Proverbs set, a release that sees them bring to Blu-ray six of the director’s masterpieces including The Aviator’s Wife, Pauline at the Beach, A Good Marriage, The Green Ray, My Girlfriend’s Boyfriend and Full Moon in Paris. While all six films are absolutely must-watch material, The Green Ray is particularly of note, as it is one of Rohmer’s most impressive directorial efforts, and in many ways a perfect entry point for those looking to jump head first into the director’s filmography. A film very much about isolation and loneliness, the film feels in many ways both perfect and completely unsettling for this moment in time, but it’s a gorgeously shot rumination on issues facing everyone at this point in history.

Notable Supplement: Effraction: Tcheky Karyo. Ostensibly a biography about the star of Full Moon In Paris, this hour-long French TV documentary is a fascinating deep dive into an actor little known outside of well studied cinephile circles. Not itself a groundbreaking work stylistically, it is an incredibly fascinating bit of added context within a box set that’s not short of that.

In the silver spot comes one of the month’s more fascinating rediscoveries. Entitled Angel, this Marlene Dietrich-starring romantic comedy comes from director Ernst Lubitsch, and tells the story of an unfaithful wife who, despite having a dream setup what with a rich diplomat husband and a beautiful home, has a brief but life changing affair with another man played brilliantly by Melvyn Douglas. Co-starring Herbert Marshall, the film sounds exactly like the type of whip-smart and sharp-tongued comedy that the ever verbose Lubitsch would luxuriate in, yet what makes the film so brilliant and endlessly moving is the director’s ability to harness lengthy moments of silence. Like a good jazz song, it’s about the moments between the notes, or words in this case, that makes this film truly sing, with the chemistry between Dietrich, Marshall and Douglas playing perfectly into the director’s strengths. It’s an assured, mature work that isn’t short on humor but elevates itself to great heights by a maturity of tone and direction. A masterpiece, frankly.

Notable Supplement: Audio commentary with Joseph McBride. Literally the only supplement on the release is a big one. McBride’s recent book How Did Lubitsch Do It? is an important text regarding the filmmaker and his knowledge runs deep and broad. This is an engaging and insightful commentary that only develops one’s appreciation for the film and the departure it truly is for the auteur.

1. Me And You And Everyone We Know (The Criterion Collection)

The most exciting addition to shelves in April was one of the more long awaited Criterion releases in some time. Long rumored given its relationship to IFC Films, Criterion has released Me And You And Everyone We Know, the Miranda July-directed masterpiece from 2005. A singular vision from a singular artist, Me And You is a collection of stories, starring John Hawkes and Miranda July among others, ruminating in often surreal and absurdist ways about love and human connection in an increasingly cold and isolating world. Absolutely one of the more polarizing additions to the collection in some time, the film is not so much an acquired taste as simply an esoteric and one of a kind film that, through it’s transgressive absurdism, pushes boundaries both narratively and stylistically that makes recommending this as a blind buy difficult. However, there are few films quite as potent in their exploration of human intimacy, and there’s an underlying humanity and tenderness that makes the otherworldly narrative leaps much more effective and emotionally moving.

Notable Supplement: Four films from July’s Joanie 4 Jackie chain letter, and a documentary about the project. Just one of the most fascinating supplements in some time. The shorts here are absolutely engrossing works all on their own, but in contextualizing one of the more interesting aspects of July’s career, this supplement does incredible work adding depth to an artist’s career that, at least superficially, could be seen as little more than glossy surrealism. She’s a deeply important artist and feminist activist, and these works, in all their bedroom pop-like DIY aesthetic, are essential watches.