On June 15th, Criterion released Jim Jarmusch’s (Down By Law, Stranger Than Paradise, Night On Earth) Mystery Train to their DVD and Blu-ray line up, to glowing reviews.

It’s been some time since we’ve seen any new additions to the storefront over at the Criterion homepage, but it looks like they’ve now made available a Mystery Train print that they had previously mentioned on their Twitter page, as well as uploaded pictures of on their Facebook account.

The print comes courtesy of Yee-Haw Industries from Knoxville, Tennesse, and is essentially a larger version of the DVD/Blu-ray cover art that was issued with the recent release. A snazzy feature of this $30 print is the fact that it is double sided, as shown below. It clearly evokes the musical influence on the movie, by presenting the cast and credits as a concert poster.

What do you think of the print? Are you ordering one as we speak? What other covers would you like to see added to the Criterion store, as poster art? 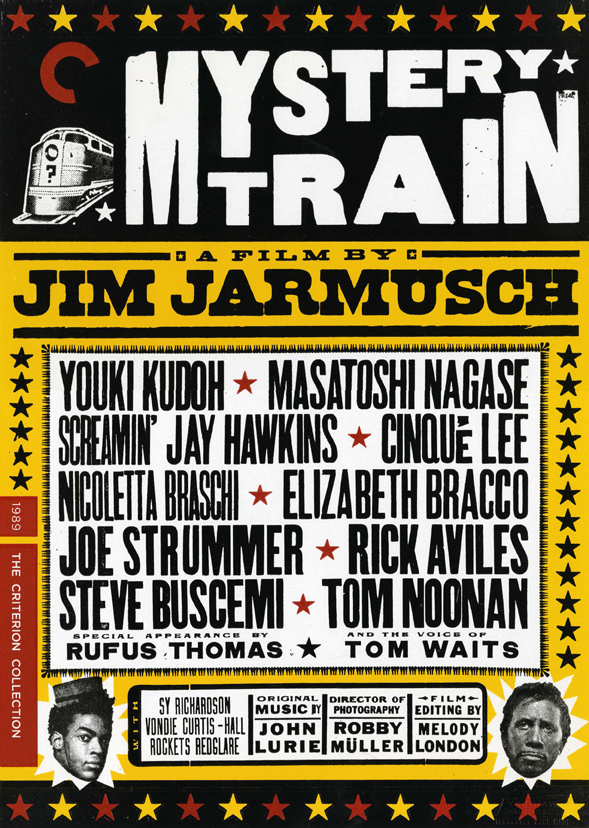 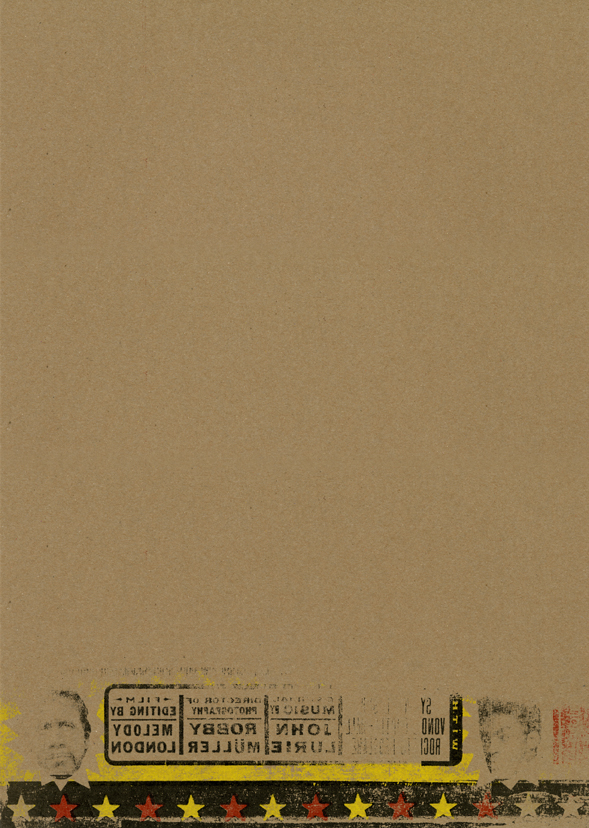 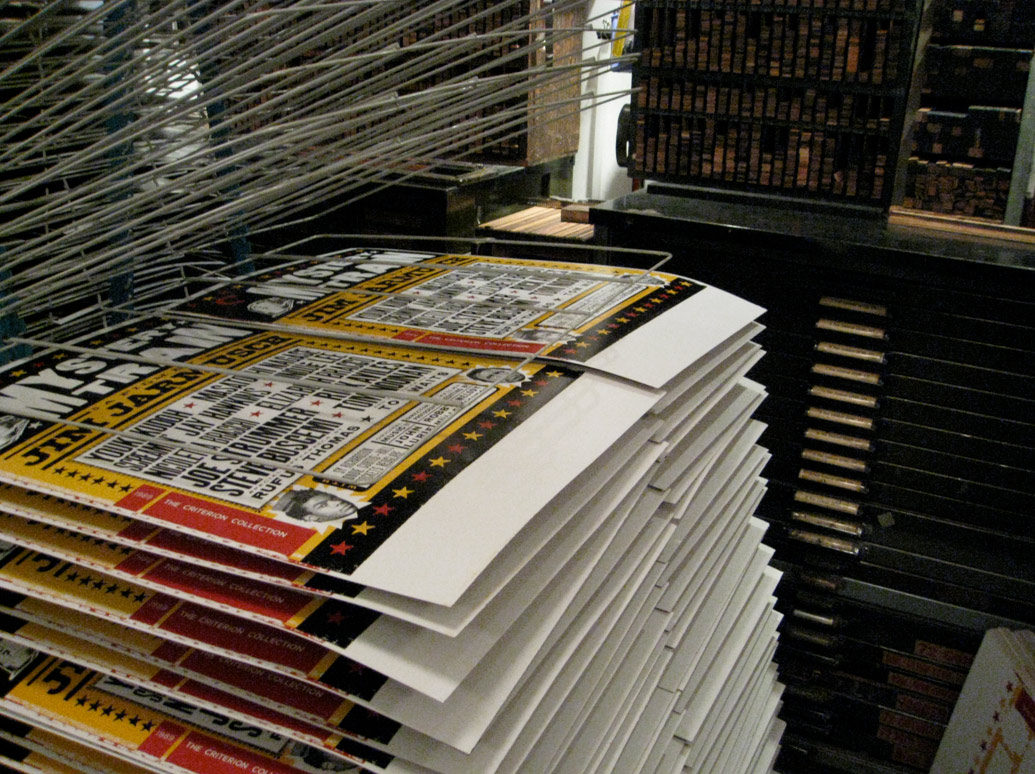 Printmaker/designer BJ Alumbaugh explains how Yee-Haw does what it does:

‘Our process is pretty true to how they would have actually done it seventy to one hundred years ago. We use Vandercook proofing presses, mainly from the thirties and forties. When we initially proofed the headline type, it was all laid out using ascending sizes of wood type. The credits were all typeset using antique wood and lead type.

‘Everything in letterpress is set in reverse. So we have fonts of individual letters that are all reversed, and when the paper offsets onto the type it becomes right-reading. Producing a run of posters is a rather slow process. All the prints are hand-printed, one color at a time (Mystery Train is three colors on whiteboard), allowing for time to dry in between. Most of the wood type we use is probably eighty to one hundred years old’”strong stuff!’ 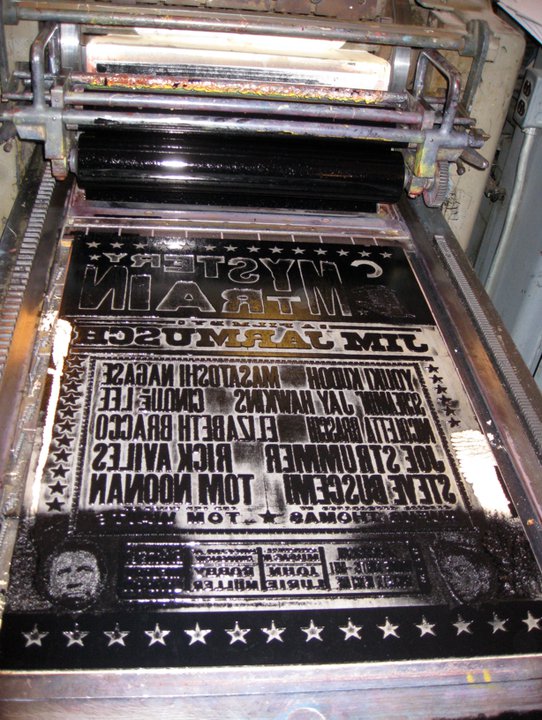 Aloof teenage Japanese tourists, a frazzled Italian widow, and a disgruntled British immigrant all converge in the city of dreams’”which, in Mystery Train, from Jim Jarmusch, is Memphis. Made with its director’s customary precision and wit, Mystery Train is a triptych of stories that pay playful tribute to the home of Stax Records, Sun Studio, Graceland, Carl Perkins, and, of course, the King himself, who presides over the film like a spirit. Mystery Train is one of Jarmusch’s very best movies, a boozy and beautiful pilgrimage to an iconic American ghost town and a paean to the music it gave the world.