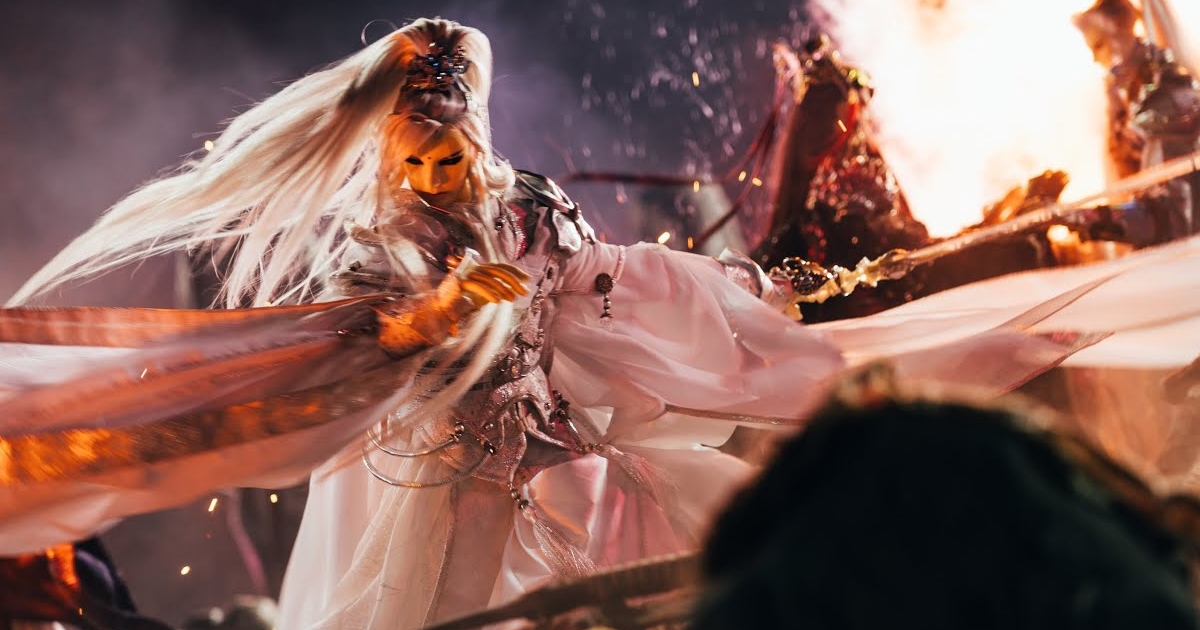 Starting off this dispatch is arguably the best film at this year’s festival and one of the very best horror films of the year. Entitled Skinamarink, the film comes from director Kyle Ball and tells the story of one seemingly endless night experienced by two children who awaken only to notice that all the windows and doors in their home have disappeared. What results is a nightmarish descent into the madness of the unknown, where they await the return of their parents only to be met by a voice that beckons from the void.

Carrying with it the same sense of terror as that feeling of walking up a flight of stairs in the dark of night, Skinamarink is a gorgeously impressionistic experiment in atmosphere, focusing its narrative less on the specifics of what is or isn’t happening and more the terror found within the unknown. Events increase in their disturbing nature, leading to some genuinely inspired jump scares that are elevated by a profound patience and understanding of how what’s just out of frame is exponentially more terrifying than anything that could be placed within it. Viewers watch as the two child protagonists navigate their way through a seemingly evolving home, where the most mundane of items like fans or lamps become objects of pure fright. It’s simply one of the most astonishing horror films since We’re All Going To The World’s Fair. An absolute masterpiece.

Next up is a picture near and dear to this writer’s heart. As both a fan of non-fiction cinema and professional wrestling, Out In The Ring stood out as one of the must-see pictures of this year’s festival. However, expectations weren’t completely met. The film comes from director Ry Levey and dives head first into the world of pro-wrestling, particularly as it pertains to the experiences of LGBTQ+ performers. Through interviews with wrestlers, journalists and historians, the film goes to rather impressive lengths to contextualize the queer experience as something found almost inherent in the homoeroticism of the medium, connecting it to things like drag and ballroom culture.

There are moments of genuine greatness here. One of the most exciting sidebars here involves the rise to prominence of Mexican wrestling’s Exoticos, a group of male performers who began dressing in drag for their matches. Pair this opposite the rise of wrestlers like Gorgeous George, and the queerness of wrestling is rightly placed here as a part of wrestling history that’s there nearly from the outset. The narrative being told is an essential one, an important context through which a globally popular art form should be viewed. Overall the film is a powerful, if maybe simply told, meditation on a much too overlooked aspect of pro-wrestling history. Must watch for anyone who even has the most passing of interest in pro-wrestling.

Finally, we move onto one of the festival’s most singular works. Entitled Demigod: The Legend Begins, director Huang Wen-Chang introduces viewers to the centuries-old art of budaixi (an opera tradition found in China of performing with puppets), and tells the tale of martial artist Su Hua-Jen. Last seen over 20 years ago in 2000’s Legend of the Sacred Stone, Huang returns with another chapter in the life of Su Hua-Jen, a martial artist who must not only fight massive monsters, but fight demons back home in the form of a local book lender who is asking for his debt to be repaid. Full of twists and turns, this 103 minute-long epic is a brazenly singular vision, a beautiful experiment in wuxia storytelling.

A briskly paced yarn despite its lore-heavy narrative, this is very much a masterpiece of design. The puppets here are beyond exquisite, pairing perfectly with the high production values and shockingly textured effects work. The martial arts choreography, given the constraints of the puppets, is engaging and provocative, allowing for the surrealism of the narrative to really pop off the screen. The narrative itself is full of lore but never once goes over the heads of the viewers, instead using the action-centric choreography to keep the viewers in lockstep with the story being told. All in all this may sound like another curio from one of the many genre festivals the world over, but this is a one of a kind vision that is truly unlike anything we’ve seen before.