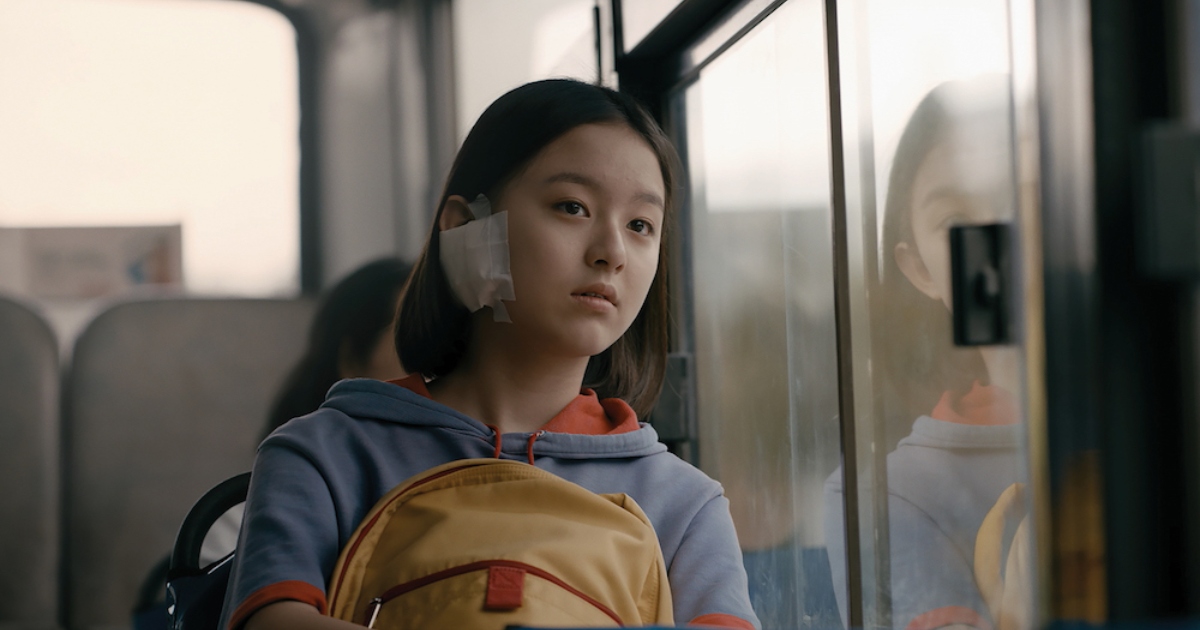 While the Fantasia International Film Festival is best known for their keen eye for genre cinema both new and classic, English-language and foreign, what could very well be this year’s biggest discovery from the festival is something far more muted, far more introspective.

Entitled House Of Hummingbird, this unassuming character study finds viewers thrust back to 1994, telling the story of a young Seoul native, an eighth-grader named Eunhee (Ji-hu Park), a youngster on the cusp of a major change in her life. Simply trying to make it through each day with some semblance of a life worth living, Eunhee spends most of her time putting off school work in favor of burgeoning friendships and the occasional small scale shoplifting heist. Not so much from a broken home but from one of great stress and pressure, Eunhee’s actions can be seen as “lashing out” but through Park’s performance they’re seen as far more nuanced and humane, and when she grows closer to a professor played brilliantly by Sae-byeok Kim, her life begins to find the meaning she’s been spending her life searching for.

The debut directorial effort from Bora Kim, House of Hummingbird is quite the first outing. Cinematographer Gook-hyun’s work here will be the first thing most people notice, taking your typical youthful coming of age film and not just elevating it with crisp photography but doing so while embedding each scene with a sense of naturalism that feels fitting of this type of film. A quiet and unassuming film in many ways, much of the film is told through static shots, sequences that see the camera still, inviting viewers into a fully fleshed out world of sexism, gender disputes and sociological traditionalism. Eun-hee’s world is one of detachment, not just from her schoolmates but her family as well, as they work long hours in their rice cake shop just to keep their middle-class household afloat. The direction is intimate yet rightly rigid, even when Eun-hee’s sexuality begins to bud. The film never feels invasive, instead showing her falling in love through stolen smooches and passing glances. This type of emotional intimacy only makes the heartbreak that follows all the more shattering, turning these emotional connections into something much more tender, much more potent.

Ji-hu Park stars here, and is a genuine show-stealer. Born of a tumultuous world, Park could play Eun-hee as an emotionally off-kilter caricature, elevating each emotional beat into a realm more resembling a melodrama. However, what she actually does here is play the character in a much more muted manner, focusing on the missable moments people share every day. The glances, the gestures, the organic moments that make a connection truly stick. She’s asked to carry a majority of the film emotionally and narratively, and does so with great success, elevating this film into truly great heights. It may seem like a simplistic conceit, but in an age where everything about a film needs to be more and more grand in order to fight with everything that shows up at one’s given theater, this type of textured performance really makes for a special experience. Particularly when the film asks Park to give the film’s big emotional outburst, one sees just how much power can be packed by a performance played in this type of minor key, and it’s a real sight to behold.

Sure, House Of Hummingbird may be a pinch too long, but for a festival best known for their genre curation to see a film of this intimacy and humanism is an absolute revelation.