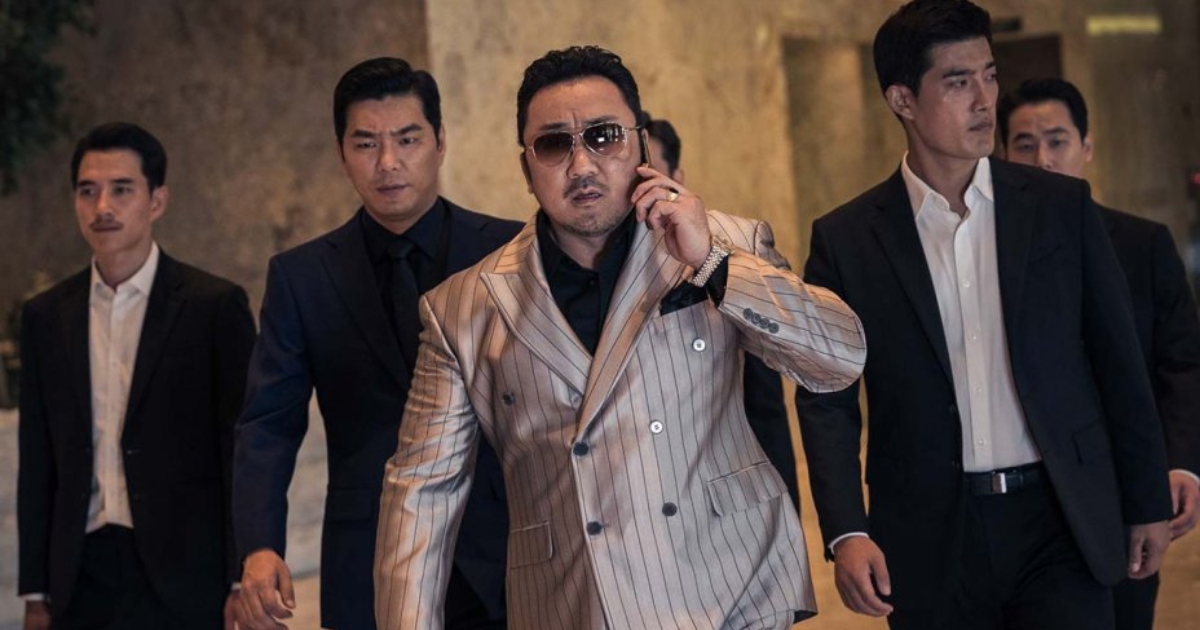 Not best known for their expertly curated genre content, this year’s Cannes International Film Festival marked the debut of a film that’s now, arguably, the best film at this year’s Fantasia International Film Festival. The artfully titled The Gangster, The Cop, The Devil debuted on the Croisette earlier this year to rave notices and is now tearing it up in Montreal as part of another superb lineup of genre cinema.

Gangster tells the story of Dong-soo, a legendary gangster, who appears to be completely Teflon. Untouchable by cops and other mobsters alike, things, however, take a turn after he nearly becomes the victim of a serial killer by the name of K. Hot on the heels of K is the police officer Tae-suk, a brutal cop on the Cheonan police force. So, in order to bring this psychopath to justice, an unusual bond is brokered. The cop and the gangster will team up, share intelligence, and ultimately whoever can bring in this monster is allowed to do with him what they so choose.

Directed by Lee Won-Tae Gangster is above all other things an absolutely accomplished action thriller. Lee has cemented himself as a master of genre cinema, and this does nothing to depreciate that. Over the roughly two hour runtime, the film has an incredibly breakneck pace, only elevated by breathless filmmaking. Each action set piece is choreographed expertly, with the hand-to-hand combat feeling entirely intentional and geographically coherent. As the violence escalates the direction never loses sight of the fighters in the fray, keeping each action sequence coherent and thrillingly tactile. There’s particularly one unwieldy sequence near the back half of the film that, in any other hands, would play like a frenetic, sloppy mess of a fight. However, Lee is able to keep each movement in frame and of a piece, with the viewer aware of each person involved in the altercation and where they are in relation to one another. It’s seemingly a simple proposition, yet in a world of loud, grotesque set-pieces with galaxy-altering stakes, watching a collection of actors throw hands is profoundly visceral and endlessly captivating.

It also helps the performances are uniformly incredible. Kim Moo-yeol plays the cop, Jung Tae-seok, and is properly superb. This type of character is of a very specific, often cliche-ridden stock within this type of story, yet there’s an energy to Kim’s performance that’s entirely his own. However, this is truly Don Lee’s film. Taking on the role of the brutish gangster, an archetype that’s as tried and true as they come, Lee is revelatory in his use of physicality and an assured sense of confidence that, once nicked following his altercation with K, breaks the character down into something all the more human and entrancing. The type of physical performance that made the careers of names like Stallone, Schwarzenegger and Willis, Don Lee’s performance is nuanced and down to Earth in a way that truly feels revolutionary in a moment in film history where that performance simply does not exist. This is a type of film, honestly, that doesn’t exist. It’s a brawny, gorgeously photographed action film that for 110 minutes, shoots the viewer into a world of cops and gangsters that feels neither glorifying of the violence nor caught up in the tropes that have made this type of action film the stock and trade of entire regional cinemas like what has been seen in modern Korean cinema. It’s bound to be one of the more talked about foreign language films of the year and will surely be a midnight classic for years to come.