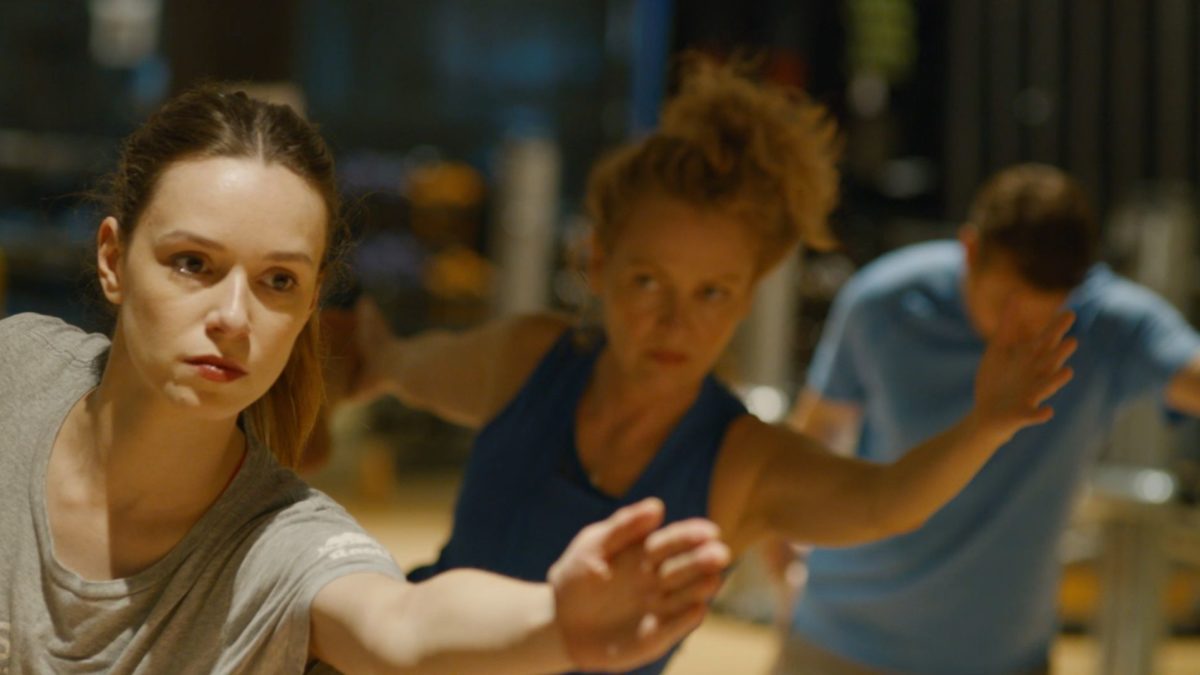 To most people, the name Alex Essoe may not mean all that much. A relatively unknown actress to most, genre film hounds will be familiar with that name, as following a turn in the seemingly forgotten Starry Eyes she truly turned heads. Released back in 2014, Starry Eyes helped launch her career, and now, with the showstealing Homewrecker, she’s looking to make good on the promise shown some five years back.

Co-written by Essoe, co-star Precious Chong and the film’s director Zach Gayne, Homewrecker premiered at this year’s Fantasia International Film Festival, and is something of a curio for the horror-focused festival. The film stars Essoe as Michelle, a young woman who encounters a middle-age firecracker while sharing a yoga class. Linda (Chong) is a lively, endlessly optimistic woman seemingly incapable of taking no for an answer, even when situations not only warrant it, but absolutely demand it. Apparently in the market for an interior decorator, Linda taps her newfound friend to do the job, convincing her to come check out her space and spend some time together. Things progress in unforeseen directions, however, as this 1980’s tinged drama ebbs and flows, at once playing like a paranoid thriller and other times playing like a haunting relationship drama.

Essoe’s performance will surely garner the most notices out of the film, but it’s the screenplay that one really walks away captivated by. The three writers have an incredible knack for the natural progression of this central relationship, which veers from seemingly awkward companionship into absolute paranoia, a hard balance that they seem to really master here. There’s an incredible nuance and naturalism to each sequence, which only heightens the occasional bursts of absurdism, such as an awkward yet absolutely thrilling sequence of the pair playing a board game. It’s a film inherently about relationships and the use of language and physicality to manipulate one another, and with added discussions of traditional gender norms, the screenplay really becomes something of a stunner here.

Performances, however, do help elevate this material. Essoe is utterly fantastic here, giving a potentially passive character not just an interior life but clear reasoning behind each and every decision made. Sure, some may not be advisable choices, but there’s never a false moment here, with Chong’s performance as Linda being rightly full of verve and a wide-eyed optimism that, once perverted, becomes bewilderingly horrifying. Their chemistry together needs to be consistently on edge and it is here throughout, only spilling over at the proper moment. It’s a tight rope to walk, but both not only do it expertly but do so with a plum.

The film’s directed by Zach Gayne, and while he’s gone some time in this review without getting a proper mention, that’s no qualitative judgement. Homewrecker is an expertly crafted thriller, each scene composed with a keen eye for the glances and gestures that make this situation endlessly tense. There are occasional flourishes the veer into the pretentious (the motif of a bath seemingly in the throes of being bombed by some Lush-style bubble bath thing for example), and the ultimate reveal about the real connection between these two women can be seen by some as absolutely laughable, when he keeps his camera centered on the two women at the core of his story the film becomes something entirely haunting. It’s told primarily through increasingly claustrophobic, static shots that allow the performances to not only shine but help instill the sense of unease that’s essential to the film, and for that light hand Gayne deserves commendation.

Homewrecker is a clear gem from the 130+ film lineup at this year’s Fantasia International Film Festival. “Not for everyone” is often a bullshit, lazy descriptor for film critics, yet few things are more fittingly described as such. In an incredibly uncomfortable watch, Gayne’s film is a nuanced, but defiantly unsettling experience spearheaded by two ace performances that only elevate the film’s uncomfortable nature. Fans of genre cinema will find much to mine here, as it’s a real discovery.