Two of the biggest names within the world of film distribution and film festivals are set to team up for what appears to be another step in the ever growing popularity of video on demand and film festival partnerships.

Following experiments like YouTube’s attempt at bringing in new viewers by streaming a collection of Sundance films, IFC and their genre label, Midnight, are set to team up with Fantastic Fest, to release four films, premiering at the festival, on their on demand channel.

The Philip Ridley film, Heartless will join High Lane (Abel Ferry), Primal (Josh Reed) and Red White & Blue (Simon Rumley) as the four feature films that premiere day and date at both the Austin, Texas based festival, as well as the IFC Midnight on demand channel.

Midnight has played home to films like The Human Centipede and Doghouse, as well as upcoming releases like Enter The Void and Valhalla Rising before this new deal.

Now, this is yet another expansion of the Midnight label, and along with IFC’s recent purchase of James Gunn’s Super, I can’t help but wonder what will be the next big release from the Midnight side of IFC, which joins the Criterion Collection.   Personally, while I haven’t seen any of these films named here, I can’t help but think that something like Enter The Void, or more particularly the meditative Viking film, Nicolas Winding Refn’s Valhalla Rising.   It is an absolute perfect fit for the collection, from an up and coming filmmaker similar in creativity to someone like Hunger’s Steve McQueen.   Both are visionary filmmakers, and having seen Valhalla Rising, I can honestly say that it plays like the demon love child of Lars Von Trier and Ingmar Bergman.   It’s a film that has to be seen to be believed, and it’s easily one of the year’s most powerful cinematic outings.

IFC Midnight will also make three acclaimed films from Fantastic Fest 2009 available on demand as part of this initiative including: Tom Six’s THE HUMAN CENTIPEDE, Kim Ji-Woon’s THE GOOD THE BAD THE WEIRD, and Jake West’s DOGHOUSE. PRIMAL director Josh Reed and RED WHITE & BLUE director Simon Rumley will be in attendance at Fantastic Fest screenings. RED WHITE & BLUE and HEARTLESS will also have select theatrical engagements nationwide in the fall. 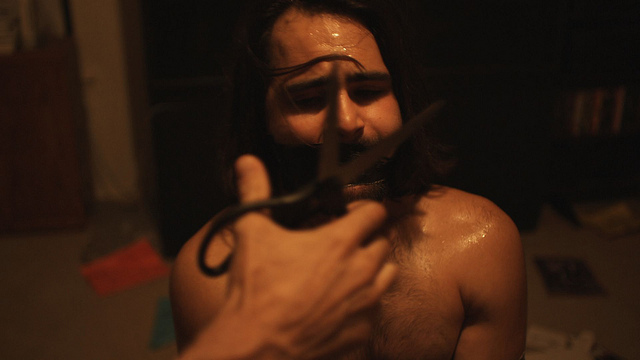 Erica (BUFFY THE VAMPIRE SLAYER’s Amanda Fuller) is a tough, troubled nymphomaniac with wounds across her soul. For Erica, sleeping with multiple men forms the core of her life, until she meets the mysterious Iraq vet Nate (THE PROPOSITION’s Noah Taylor). Despite his quiet air of danger, Nate’s the only guy who doesn’t immediately want to sleep with her, and the two form a hesitant bond. But in a shocking twist, one of Erica’s earlier sexual encounters, with wannabe rock star Franki (Mark Senter), will have unexpected ‘“ and devastating ‘“ consequences on both of their lives. Hard-edged and uncompromising, RED WHITE & BLUE, from director Simon Rumley (THE LIVING AND THE DEAD), has already been compared to the works of such disparate filmmakers as Larry Clark and Sam Peckinpah. The film had its US premiere at SXSW, and was produced by Rumley and Bob Portal, and executive produced by Tim League, Judy Lipsey, Doug Abbott, and Adam Goldworm. It is the first film from Celluloid Nightmares, a new partnership between Paris-based Celluloid Dreams and Los Angeles-based XYZ Films, with the shared goal of bringing commercial, elevated genre films to audiences around the world. The film will have several theatrical screenings throughout the US and Canada this fall. 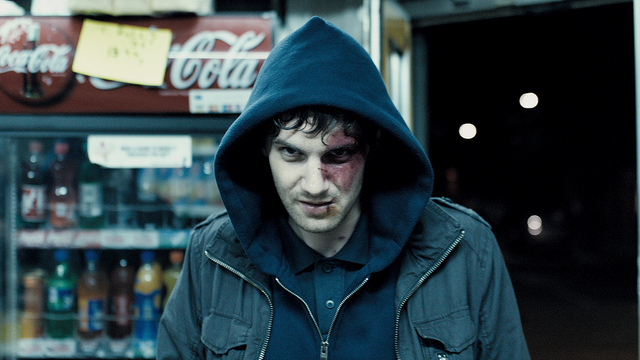 Jim Sturgess (21, ACROSS THE UNIVERSE) leads a hugely-talented ensemble cast in this sublime British psychological thriller from cult UK director Philip Ridley (THE REFLECTING SKIN, THE PASSION OF DARKLY NOON), who returns to the screen after a 14-year absence. The film follows Jamie Morgan (Sturgess), born with a disfiguring birthmark across his face, which leaves him an outcast in rough East London. While wandering abandoned yards taking photographs, he comes across a gang of thugs and soon discovers that they are something other than human. He then is led into a Faustian deal that will see him become a party to the terrifying chaos around him. Part DONNIE DARKO, part Guillermo del Toro, this dark urban tale takes its audience to the darkest and most violent corners of the human heart. The film also stars Clémence Poésy, Noel Clarke, Joseph Mawle, Eddie Marsan, Luke Treadaway and Timothy Spall, and was produced by Pippa Cross and Richard Raymond. The film recently won the Best Independent Film Award at the Toronto After Dark Festival. HEARTLESS will open at the IFC Center in New York on 11/21 followed by select national dates. 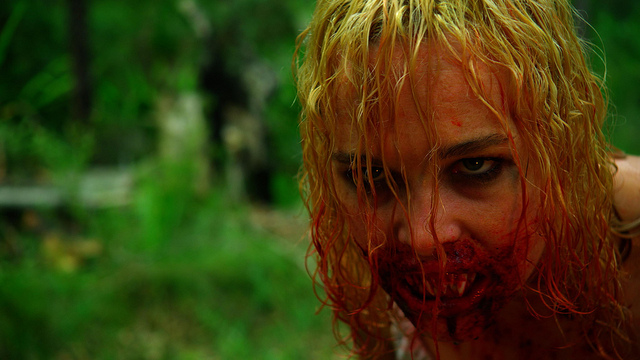 Primordial nature runs amuck in this expertly-played slice of neo-Ozploitation from Australian director Josh Reed. The film follows six friends on a field trip who set up camp in the remote wilderness of Australia. When one person takes a late-night skinny dip in a nearby waterhole, she becomes incredibly feverish and agitated, and soon regresses to a crazed predatory state in which her companions suddenly become the hunted. When another begins the same beastly transition, terror descends on the remainder as they realize it’s now kill or be killed. A frenzied visceral nightmare in the vein of CABIN FEVER, PRIMAL is a hugely enjoyable rollercoaster ride through primitive panic. 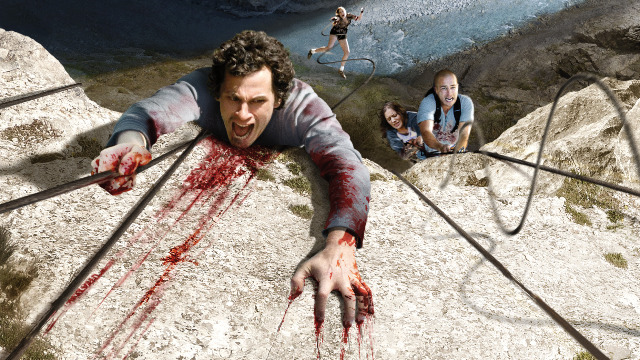 Towering heights and beautiful vistas turn into a haunting mindtrip in Abel Ferry’s gripping French scarefest that will definitely make you think twice about your next mountain climbing trip. In the film, a group of friends on vacation in Eastern Europe embark on an ambitious mountain expedition along a trail that they discover ‘“ way too late ‘“ is closed for repair. The thrill of this foolish challenge quickly turns sour as it becomes clear that not only is the path a lot more dangerous than they thought, but also that they are not alone. Fear exposes old traumas and brings up hidden emotions to the surface, and soon, everyone is fighting tooth-and-nail for their survival.