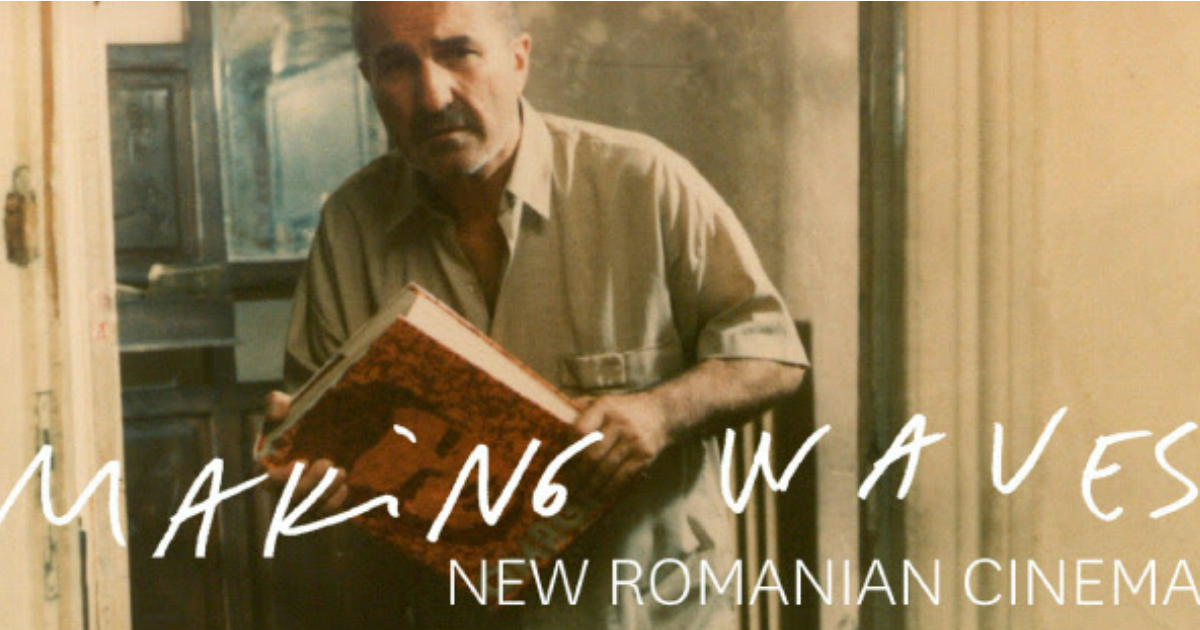 Few parts of this world have contributed as much to the filmic language as Romania. As singular a national voice and aesthetic as they come, Romanian cinema has become a launching pad not only for some of modern cinema’s most entrancing filmmakers, but also some of the most exciting explorations of a culture that few have much genuine knowledge of. Be it the typically chilly photography or the even more isolating sense of dread many of their dramas have, or even the dry nature of their comedies, Romanian cinema is in a golden age, and has spent the last decade leading world cinema. And now one of this country’s great smaller scale film festivals marks a decade itself, as the 10th edition of Making Waves: New Romanian Cinema is set to get under way. Here are the five films you absolutely can’t afford to miss.

While much of the focus of each of these small festivals lies primarily on the latest and greatest films from Romania, every so often, the festival highlights one of the pioneers of the nation’s cinema. And this year is no different. Mircea Daneliuc has been creating groundbreaking works of cinema, forming much of the aesthetic that has now become the calling card for almost the entirety of his nation’s film scene, for four decades now, and has numerous plays, novels and short stories to his name as well. His film Intimate Bed is this year’s opening night feature, and his films have been relatively hard to find despite Romanian cinema becoming one of world cinema’s most important movements.

Included in this festival are Intimate Bed, The Cruise, The Snail’s Senator, Microphone Test and Jacob. As a big fan of modern Romanian cinema, these are the films that I’m most interested in digging into, particularly due to Daneliuc’s placement as the real father of modern Romanian film and filmmaking. This is the real must-see sidebar of the festival.

While Romanian cinema is relatively well known, Moldova is a nation whose screen presence has yet to be felt. This year’s festival hopes to change that in any way it can. As part of its highlight on cinema from Georgia and the Republic of Moldova, the festival will screen the brilliant Igor Cobileanski film, The Unsaved. Shot by beloved photographer Oleg Mutu, the film owes a great deal aesthetically to Romanian cinema, particularly in its use of icy blue photography and a frigid overall sense of mood and tone, but the lead performances here are a touch heightened, at least in comparison to Romanian cinema performances.

The film tells the story of Viorel and Goos, two young adults starring in the face what appears to be the dead end life they are living. As socially and culturally focused as anything out of Romania, this is a perfect fit for this festival, and Mutu’s photography is as great and genuinely awe inspiring as anything he has done with directors like Cristian Mungiu.

One of Romanian cinema’s greatest achievements is getting a highlight this year, as on the 10th Anniversary of its release the festival will be honoring Cristi Puiu’s masterpiece The Death Of Mr. Lazarescu. Helping to usher in this great decade of Romanian cinema, the film was actually a highlight of the very first Making Waves screening series, and pairs perfectly as a historical reference with the films of Mircea Daneliuc this year.

At its very best, Making Waves isn’t so much a film festival for lifelong cinephiles, but instead a perfect launching pad for anyone with some interest in delving into experiences of those in other nations. Making Waves, especially this year, has a distinct focus on the history of Romanian cinema, and this masterpiece, which in many ways helped bring Romanian cinema to its world cinema peak that it’s been sitting at for the decade since, is a perfect reminder of just how great this cinematic movement has truly been.

And now on to a couple of highlights from films one could very well see making their 10 best list of films released this year. From Oana Girugiu comes her debut feature, a documentary that follows Giurgiu as she attempts to bring to light the true story behind the Romanian Jews “aliyah,” or their return to the Holy Land which occurred in the late 19th Century. As hinted at in the title, Aliyah DaDa owes a great deal to the Dadaist art movement, as Dadaist style work is interspersed throughout the film opposite new interviews and archival footage, in what can safely be called one of the year’s most original documentaries.

A story very few people have had the chance of hearing much less know to any great depth, this film is both historical document and genuine piece of form defying artwork. Dark, profound, genuinely moving and at numerous moments artistically thrilling, Aliyah DaDa is one of the most original documentaries from a nation whose fiction work is as stayed and static as this is kinetic and vibrant. Not to mention, the story of a large group of people seeking refuge in a foreign land has more than a touch of relevance in today’s world.

And now the film that is bound to take all the headlines, one of the year’s best films from Romanian cinema’s reigning king. Conreliu Porumboiu, who is coming off the release of his previous picture, When Evening Falls On Bucharest Or Metabolism just earlier this year, is back with his Cannes-darling, The Treasure. Telling the story of a man approached by a neighbor with an odd proposition, this film is very much a typical Romanian film aesthetically, in that it is drenched in a constant and oppressive blue hue, and with a static camera so clean in its framing that it appears almost surgical in its precision.

However, it also hints at an aspect of Romanian cinema that rarely gets discussed; their propensity for comedy. While much humor in Romanian cinema is found in the blackest of ways, this is a dry and deadpan picture, but with genuine heart, making it feel about as close to a farce as Romanian film could possibly get. Overall, it’s a genuine masterpiece from Romania’s resident master filmmaker. Oh, and it’s a Sundance Selects release, so Criterion fans, do expect to hear much more about this in the future.