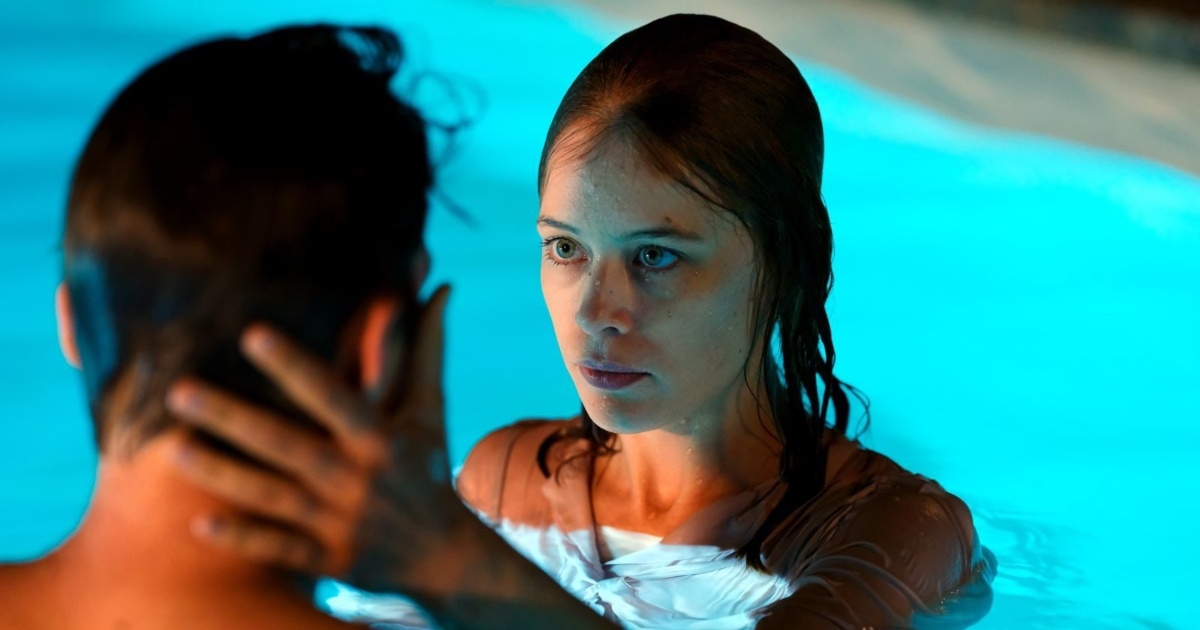 There are few major modern filmmakers more formally inventive than one Christian Petzold. Culminating in what may be one of the more audacious period pieces of this generation, Transit, Petzold has turned his increasingly essential project into a profound and in many ways deeply haunted collection of films about time and history, twisted up in narratively knotty works of baroque melodrama.

Undine continues this trend in many ways, but turns all expectations squarely on their heads.

Instead of blurring the line between generations (Transit) or riffing on Hitchcockian thriller tropes (Phoenix), Petzold goes the brazenly fantastical route with Undine. Starring the incomparable Paula Beer as the titular Undine, the film draws its inspiration less from cinema of the relatively recent past than legend of the truly archaic. The title isn’t a subtle hint, with it coming from a myth with roots back to Greece, and the story of a water sprite who marries a mortal but, upon him committing adultery, must murder him.

And this is exactly the moment we, more or less, meet our Undine. The first scene finds our lead waiting anxiously in a cafe, following the reveal that her partner, Johannes (Jacob Matschenz), is going to leave her for another woman. And Johannes’ impending doom isn’t played as some coy nod to the film’s mythological roots. No, instead it’s played with almost melodramatic sincerity, manifested by a twinkly score that’s as classical in its composition as it’s absolutely devastating in its placement.

However things take a turn when Undine encounters Christoph (Franz Rogowski), for whom she almost instantly falls for. A film of broad, primary color emotion, this is manifested in the almost purely id Undine, who is the rare creature that loves fully and with firey focus and conviction. Their relationship takes typical twists and turns, tuned to 11 given the sheer archness of the narrative, and only heightened by Petzold’s continuing fascination with German history, itself manifested in Undine’s career as a historian tasked with tracking Berlin’s expansion through time.

At just around 90 minutes, this is one of Petzold’s tighter films, yet not without his patented sense of scope and ambition. Throughout the film viewers become privy to lectures given by Undine where Petzold lays out his themes about history and urban evolution with almost laughably economic monologuing. He’s also no less fascinated by the structure and trajectory of time. Viewers will return, throughout the film, to various moments and places previously encountered, seemingly hinting towards the very “phantom pain of a violent amputation” that he has his lead character discuss during one of the aforementioned lectures.

This is, after all, a film of incredible longing and regret. Petzold’s direction is plaintive and lyrical, built on the back of exquisite framing and blocking that plays squarely into both the narrative and emotional trajectories of all involved. The photography here is richly textured, with water playing an important part both in the narrative and the larger themes at work here. One of the film’s funnier moments actually involves a broken aquarium, itself feeling like something ripped right out of a time in film when humor was a bit more screwball and a bit more absurdist. There’s a circularity to the images seen here that, when paired with the lectures that read as almost a weather report for impending romantic doom, turns this less into a riff on classical myth than something of a disembodied ghost story of love’s final few breaths.