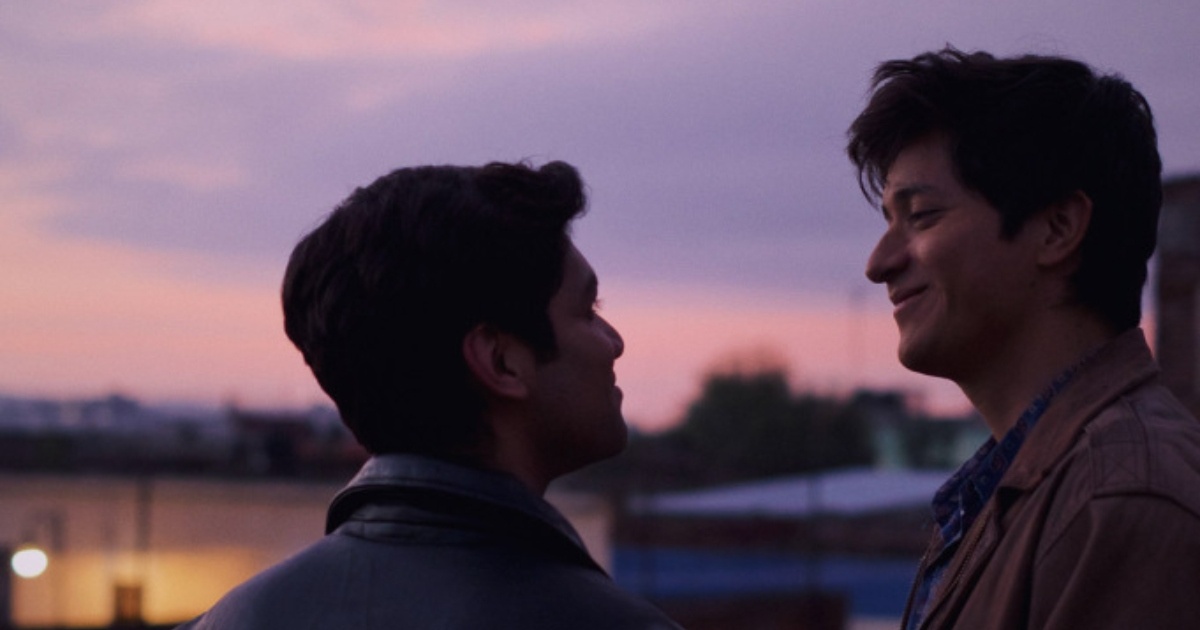 Best known for her documentary Jesus Camp, director Heidi Ewing has built, more or less, her entire career on crafting non-fiction films about legendary cultural figures like Norman Lear or controversial subcultures of America (the aforementioned Oscar nominated Jesus Camp). So it may come as some shock that with her latest, I Carry You With Me, while still carrying with it a potent political message, is something even more ambitious.

Her first out and out narrative feature (while still very much using her non-fiction roots to her advantage), Ewing’s I Carry You introduces viewers to Ivan (Armando Espitia) and Gerardo (Christian Vazquez), two young men whose burgeoning love causes increasingly tense chaos within their lives. With their families and communities in their native Mexico breathing down their proverbial necks, Ivan ultimately decides to leave his lover behind with the hopes of making it to the United States and some semblance of sexual liberation and personal freedom.

Instead, Ivan trades the paranoia around his gender-fluid sexuality for that of having the “illegal immigrant” status once he eventually does make it north of the border. At the very heart of this story is a captivating, if maybe a bit classical, story of star-crossed love brought into disarray due to existential complications. The romance starts off quiet and almost pensive, a given for queer couples in conservative (read: homophobic) Mexico, yet what blooms is a tender and evocatively displayed relationship that, come the ultimately splitting of the couple, does play with heartbreaking sincerity. And, as these stories go, when the couple ultimately reconnect the film takes this monumentally moving moment and uses it to flash forward and leap fully into Ewing’s fascination with non-fiction storytelling and style, hinting at a larger, more deeply personal, connection for the director this this story.

That being said, throughout the film Ewing’s documentarian eye is less focused on the style than the overall atmosphere. Much more interested in a more expressive, almost painterly style, Ewing’s direction is expressionistic, something that glances towards her verite roots but instead expands her visual language to be something more lyrical. Close-ups, for example, are often in softer focus, if not completely out of focus, and the use of shadows here is mesmerizing. Shot by cinematographer Juan Pablo Ramirez, the Mexico-set sequences are achingly romantic, pairing off vital and energetic shots of their hometown of Puebla City with strangely physical, almost tactile sequences of human connection that, while not entirely new for this type of drama, don’t lack in emotional heft. And come the film’s epilogue, there’s a formal shift that comes with a larger reveal that, while maybe coming off as slightly manipulative, re-contextualizes the film as something even more humanist, something deeply personal.

It also helps that the two lead performances here are absolutely top tier. Both Armando Espita and Christian Vazquez put in incredible work here as Ivan and Gerardo respectively. Most importantly, their chemistry together feels lived in and tactile, in turn only elevating the moments they’re longing to be back in each other’s arms. There’s an epic scope to the film that’s rather alluring, yet the central characters never get lost in the romantic expressionism at the core of the film. Both performances feel properly layered and textured, with the weight of the world at once feeling entirely on each performer’s shoulders while never losing sight of the connection that each character is willing to risk everything for. These are nuanced performances that help elevate what’s otherwise a gorgeously composed drama into something truly resonant emotionally.

While this type of star-crossed romance tale may be well tread territory, and at roughly 100 minutes the impressionistic style may slowly near the line between engrossing and self-parody, I Carry You With Me subverts expectations at almost every turn. Spearheaded by a pair of enveloping lead performances and a director finding her own voice in a new mode of storytelling, come the film’s final formal revelation what begins as a relatively quaint look into the life of two gay men in conservative Mexico becomes a thrillingly moving experiment in storytelling, an experiment that blurs the line between fiction and non-fiction until it becomes utterly indistinguishable. A great, if uneven, piece of filmmaking.