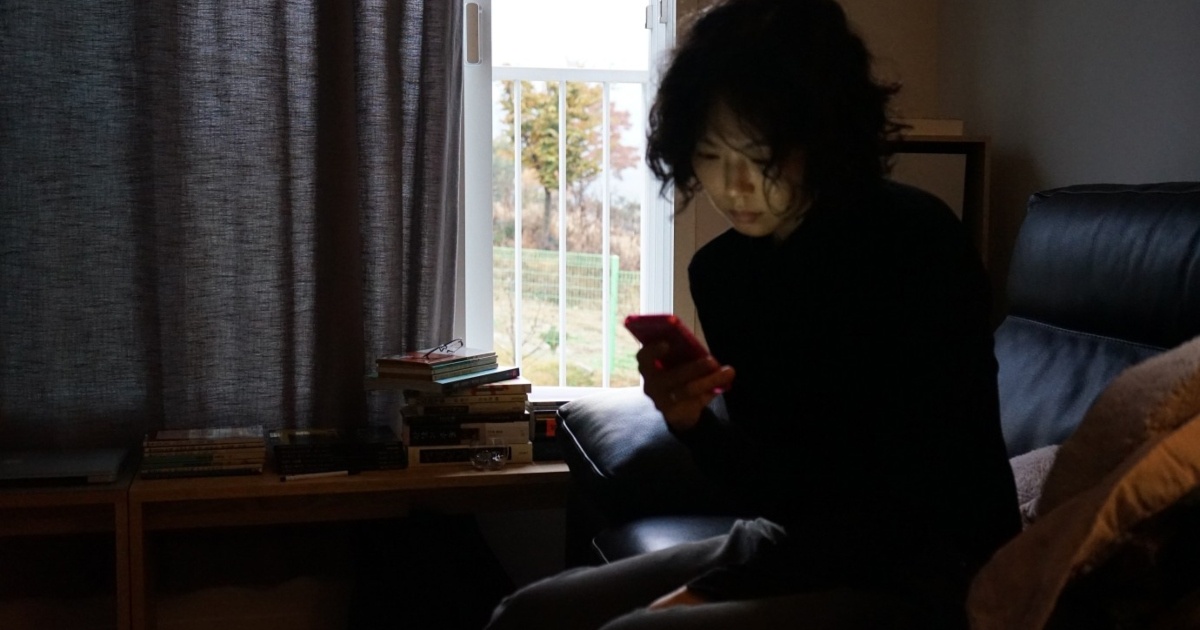 With almost 15 films to his name in just the last decade, few filmmakers working today are as prolific as one Hong Sangsoo. Making his biggest splash here stateside with 2015’s masterful Right Now, Wrong Then, Hong has since become one of the more beloved filmmakers among cinephiles for his very specific brand of relationship-focused dramas that are as booze-soaked as they are emotionally moving and insightful.

And now he’s back with yet another new feature, his 24th to date, and one of his most beautiful and moving yet to date.

Entitled The Woman Who Ran, the film once again teams the director with his on and off-screen muse Kim Minhee. Minhee stars as Gamhee, a young woman who is in the midst of a trip sans her husband for the first time in quite a while. More or less a collection of interactions between Gamhee and three of her long-time friends, The Woman Who Ran is a beautifully tender picture, one of Hong’s breezier works and also one of his most emotionally tender.

At just 77 minutes, Hong’s latest is a briskly told story, a naturalistic rumination on human connection in an increasingly distanced world. Again playing on his clear affinity for the films of Eric Rohmer, Hong crafts each of these interactions with an incredible intimacy and humanity. Viewers become privy to these conversations and as the film progresses Hong reveals more and more not only about the women and their lives, but about the day to day goings on as well. Seemingly mundane chats become emotionally textured deconstructions of modern day relationships and their ability to go from quietly quaint to scalpel sharp at the drop of a hat.

With Hong’s camera only moving when it’s needed in order to accentuate the inherent drama, the direction here is incredibly quiet. Matching the seemingly on-a-whim nature of the narrative perfectly, the film breaks away from Hong’s recent interest in black and white photography, instead opting for a gorgeously textured color treatment, embracing the film’s strangely nostalgic atmosphere and manifesting it visually. Even Hong’s score has a light air to it, furthering the quietly jaunty atmosphere that’s carried throughout much of the film. Pleasant, frankly, is how one should describe this.

In comparison to much of Hong’s recent work, this film is almost farcical, finding its director at his most humanist. Jettisoning much of the metaphysical qualities of his recent work and in its place embracing a heartfelt naturalism that itself is manifested in Minhee’s incredible performance. Another superlative turn by the actress, Minhee gives what is one of 2020’s more measured and nuanced performances, finding her having to balance not just the series of varied interactions but the subtle ebbs and flows within each of them. It’s a heavy load, she must carry, as much of the film’s depth and humanity comes not from any sort of maudlin or “muscular” acting on her part. No, instead the actress continues to embrace the tactile naturalism of her director (or maybe it’s the other way around at this point), bringing real subtlety to a film that craves it. She ping pongs back and forth in these conversations, bringing to light deep-seeded anxieties that feel oddly universal despite its incredibly specific setting.

Therein lies the real beauty of this quiet little masterpiece. A film very much about the anxieties of modern life, The Woman Who Ran is a potent and deeply personal film, a film that doesn’t cut out the more reflexive parts of Hong’s storytelling, instead distilling them down into a brisk and tender story of human connections. Few directors are able to take the moniker of “observational” and make it feel like anything more than another word for lazy. Hong instead takes that word and runs with it, with The Woman Who Ran boiling down his interest in the mundane moments of everyday life and becoming a truly transcendent piece of filmmaking. Who else could make a conversation about stray cats be emotionally resonant?