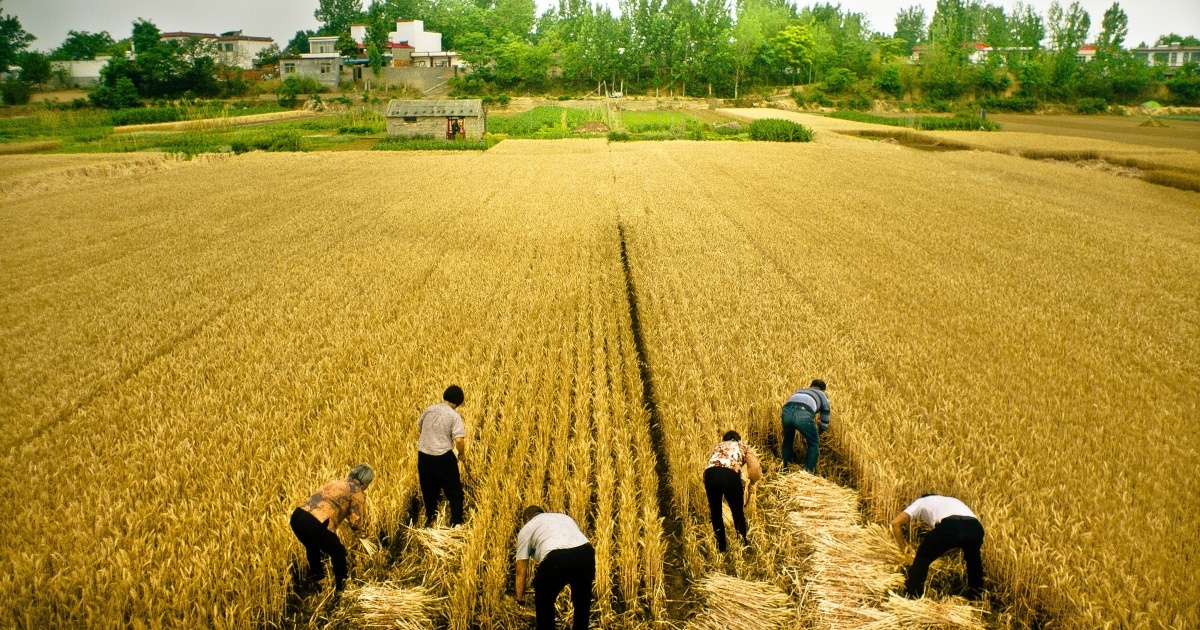 Few directors are as deft at floating between the worlds of fiction and non-fiction filmmaking as beloved Chinese auteur Jia Zhangke. Between crafting engrossing epics like Ash Is Purest White and captivating looks into Chinese history like I Wish I Knew, Jia has become one of world cinema’s most transfixing artists.

Swimming Out Till The Sea Turns Blue is the director’s latest film and his return to documentary since the above mentioned I Wish I Knew (not including his short work in pieces like 2011’s Yulu), and is yet another compelling deep dive into the recent-ish history of China as seen through the eyes of those men and women who made a trade of reflecting that through pieces of writing.

The film uses a 2019 literary festival set in Jia’s home province of Shanxi as a backdrop for this incisive document of China’s transformation since the start of the 1940s. Following three writers, this documentary (itself structured as if it were an epic novel in all of its 18 chapters) spans roughly seven decades, seeing these writers recount everything from the start of an entirely new century to the rise of the Communist Party that more or less starts the film’s larger timeline off.

Despite its seemingly gaudy 18-chapter structure, much of the film is broken down into conversations with a handful of writers, and how their views of China paint a broader view more fitting of Jia’s grand structure. Eldest of the central trio is Jia Pingwa, whose writings and recollections are rightly bleak given the type of subjugation brought on by the rise of the Communist Party and subsequent Cultural Revolution.

Taking a decidedly different spin on similar times is the late Ma Feng, a revolutionary whose writings are best described as near nationalist in their patriotism and support of the Mao Zedong regime. Feng himself joined the Communist Party in the late 1930s, joining not just the party’s propaganda department but ultimately joining the council of the Chinese Writers Association and even ran a major publishing house. The late writer is given space here in the form of his daughter who helps give some depth to as conflicted a figure in Chinese literature as this period has to offer.

Then there’s Yu Hua, who despite being just a handful of years younger than Pingwa, offers a grand view of China’s burgeoning modernism in the 1970s. Hua’s stories are often times the film’s most rightly entertaining, as while they still very much carry with them a sadness that’s still to this day seen throughout Chinese art, there’s also a dark sense of humor and odd humanism to his tales of exploding modernism.

Finally viewers are introduced to poet Liang Hong, whose work is startling in its quiet beauty, finding China dealing head on with a modernity that’s gone from explosive to genuinely world-changing. Hong’s of a generation that’s seen and quite literally felt the poverty brought on by the Cultural Revolution yet also bore the fruit of a China whose doors quite literally opened in the 1980s and are now set to take a seat on a global scale unlike any the world’s ever seen.
Gorgeously poetic, Jia’s film, despite its rather rigid structure, owes its greatest stylistic debt to the more poetic works ruminated on here, with director of photography Yu Lik-wai standing as maybe the film’s greatest aspect. Composed primarily of intimate close ups both of the writers and of those living in these rural provinces to this very day, Swimming Out finds Jia in a less volatile mode than something like A Touch Of Sin, but no less politically minded.

Watching as rural farm workers read from the pieces being mentioned in the film’s larger narrative is almost soul shattering in its emotional power, playing as almost symphonic interludes in an otherwise quaint deconstruction of China’s propulsive modernity. Jia himself has described the film as something of a “symphony,” with each new chapter playing as a new movement, which itself makes the film’s quiet conclusion (an utterly involving poem of sorts under the chapter heading of “Swimming”) feel oddly devastating. It’s in these smaller moments that the film really thrives. Jia brilliantly uses footage not just of the writers talking about their works, but people like local farmers interacting with the words, or even scenes from his own films to further add depth and texture to a film about a China in flux, which can very much be how one describes China to this very day. Awareness is always a strong suit of Jia’s films, and while this may lack the bite of much of his fiction work, his modulating between not just broad idea but tones and moods is as sharp here as it has ever been.

The “symphony” comparison doesn’t always fit however. The interview sequences, while informative, do ramble quite a bit, giving the film less a symphonic atmosphere than something more closely resembling free jazz. Yu Hua’s interview becomes engrossing when looked at it through this lens, as his avant-garde novels and sense of humor give the film a tactile sense of energy that’s otherwise missing in this relatively austere and plaintive piece of filmmaking. An incredibly heady example of non-fiction filmmaking as scholarship, Swimming Out is a dense and evocative rumination on a deeply important moment in Chinese history, and in turn world history, as these events are still not only shaping the country but the globe in and of itself. Maybe a bit too rustic and rough hewn for its own good, the film continues Jia’s fascination with Chinese history as seen through the eyes of artists, and is one of NYFF 2020’s more alluring documentaries.