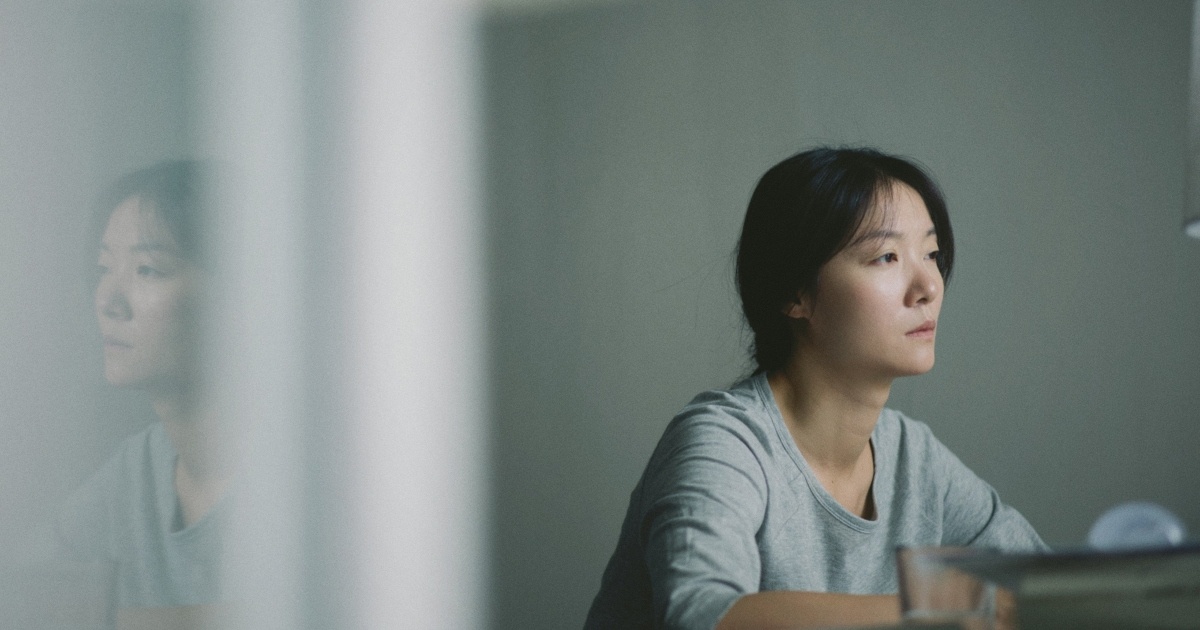 Films about artists are usually, among a million other cliches, more than a little self-indulgent. Often garishly told stories structured around miserable artists who feel more overlooked and oppressed by the world around them than elevated by it, films about filmmakers are rarely ever talked about with adjectives like subtle or quiet.

But, then again, most films aren’t Song Fang’s The Calming.

After the criminally underrated Memories Look At Me, Fang has returned to the director’s chair and, as part of the this year’s New York Film Festival, The Calming has become something of a genuine surprise and discovery for many cinephiles. The furthest thing from the type of audacious melodramas that films about artists usually are, Fang’s film introduces viewers to Lin (Qi Xi), a thoughtful and soft-spoken documentarian who is revealed early on to have recently gone through a break-up with a partner she may or may not have expected to spend the rest of her days alongside. Simply, yet beautifully, unfolding in a series of long takes, the film follows Lin as she makes her way around Hong Kong, China and Japan, all while trying to recover from her breakup, show her new work and tend to her aging parents. Feeling almost biographical in the tonal specificity and emotional intimacy, The Calming is a gorgeously rendered character study.

Taking place ostensibly in the time between two film projects Lin works on, the film is largely told in icy, almost indifferently quiet long takes, with a static camera and naturalistic lighting. Giving the film a distinctly thoughtful and pensive energy, these sequences, largely focusing on Lin’s relationship to her surroundings, become akin to the type of meditative landscapes one turns to in their own moment of crisis. Scenes like our lead sitting silently as a train makes its way through snowy vistas or as she walks alongside her parents through Chinese forests during much of the film’s second half all help give less a narrative specificity than an immersive landscape for viewers to project themselves onto.

Immersion is, after all, the name of the game here. Fang even goes as far as to literally bring this idea to the forefront, in arguably the film’s best scene. After being asked by an audience member during a post-screening Q&A section why she doesn’t play her films in a museum where viewers can enter and leave as they please given her work’s relative slowness, Lin responds with an implication that immersion is more or less her goal with her film, allowing the viewer to engage and hopefully find something new within themselves while watching it. The same is absolutely true of The Calming, whose narrative experimentation finds Fang ripping out anything even remotely resembling regular narrative structure, instead making a film not about one woman’s experience than it is the feeling of that woman as she experiences things.

Through all the abstraction, however, there is some potent specificity. Viewers watch as Lin learns (and seems to physically reject) the news that a friend is set to be married. Much of the second half of the film is centered around Lin’s response to and interaction with her aging parents. Hell, even small exchanges like Lin asking a friend to change the subject once her ex pops up in conversation all hint at a film of incredible texture, yet also one whose distance stylistically allows for it to play more experiential than strictly narratively. It’s a film of space and how one lives in and interacts with it, after all.

This can be seen even right at the very beginning of the film. We’re first introduced to Lin as she finalizes her latest documentary, and is attempting to do a levels check while it’s being projected. Explicitly talking about how she wonders what will be the way that her viewers take in her film, it’s this opening that expertly sets up the viewers for what at first may seem like a film of indifference given its seemingly listless camera, only in actuality the film is, much like its lead, ever evolving and shifting around us. Almost documentary-like it is structure, this evolution doesn’t culminate in some bombastic bit of self-discovery or some histrionic crescendo. No, instead the film gets progressively quieter, finding Lin’s solace in the world that surrounds her. Manifesting in a final moment of quiet that feels as cathartic and emotionally rich as any tearful filibuster could have, The Calming more than lives up to its title. Subtle and assured, The Calming is a painterly work, albeit in a still life sort of way.