With roughly equal portions of pretense and ambition, The End Of Time, a new exploratory compilation of visionary footage from Canadian filmmaker Peter Mettler, serves up a hefty slice of The Imponderables for those of us who appreciate cinema that’s willing to risk confounding its audience or simply shooting blanks in its quest for a grand statement. The degree to which this project satisfies our appetite for profundity will vary from viewer to viewer, resting largely on how inclined we are to settle for big questions being opened up but only skimmingly addressed. In his quest for global sweep and an overarching inclusivity ranging from the micro to the macro, all the way to the omni, Mettler practically dares us to not scoff at him as a grasping dilettante on subjects he’s barely acquainted with, in search of answers to questions that in essence can only be grasped through mere speculation. But he takes us on a fun and revelatory journey nevertheless in what I regard as a worthy successor to films like Koyaanisqatsi and Baraka. 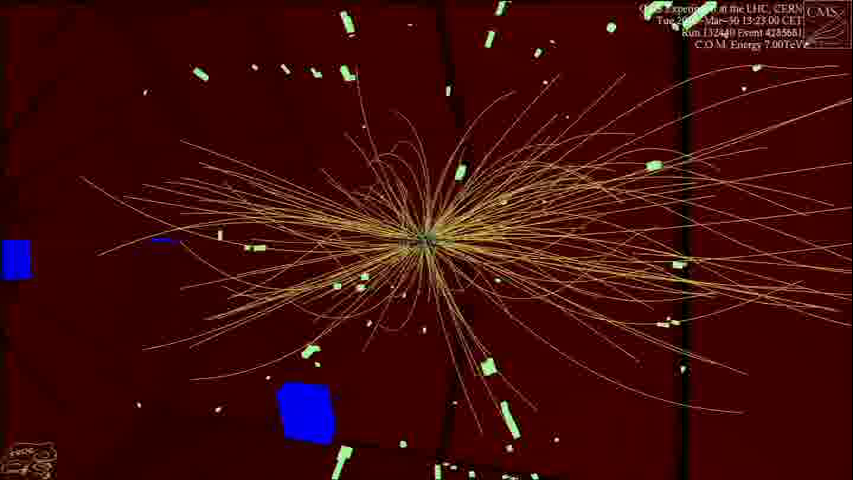 As if to identify himself with the pioneering exploits of a previous generation, Mettler starts off The End Of Time with some archival footage of Joe Kettering, a high-altitude jumper from 1960 whose exploits are directly reminiscent of Felix Baumgartner’s epic leap from last October. While it’s pretty cool to learn that aerospace daredevils were pressing the limits of human endurance fifty years ago, the tenuous link between this clip and the thesis proposed in the title is indicative of the loose construction that Mettler seems content to settle for. I guess it’s an example of early Space Age science that serves as a lead-in to a more extensive segment on the CERN particle accelerator and the employees who put all that awesome machinery to work. 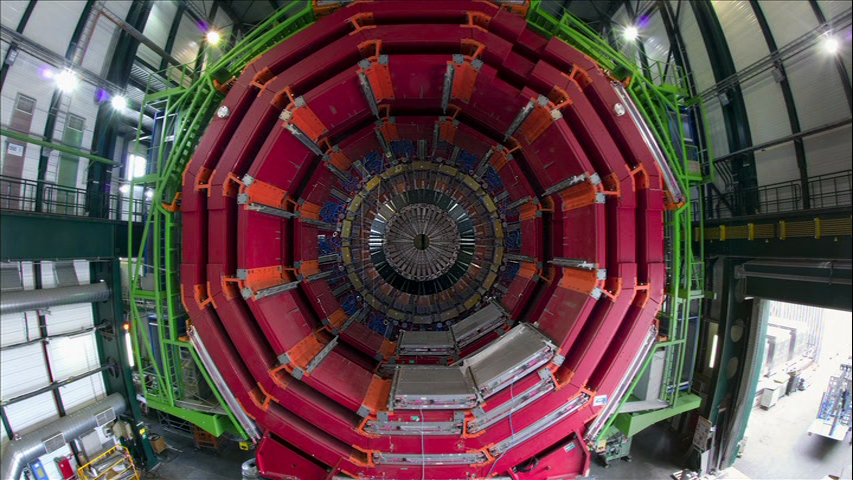 Beyond a mere survey of CERN’s dazzling array of highly sophisticated technology, this section of the film offers a fascinating though glancing reflection on the fact that in constructing this enormous simulation of the earliest developmental stages of the universe, nature is arriving at a clearer understanding of itself. The eerie resemblance of the particle accelerator’s baleful orbs to the sinister HAL 9000 of Stanley Kubrick’s 2001: A Space Odyssey seems deliberately played up, but the parallel works just fine in marking humanity’s progress despite the absence of any ominous monoliths detected in our exploration of space over the past few decades. Mettler also shows CERN to be a regular old workplace where ordinary humans report to work their quotidian shifts, apparently well accustomed to the epochal implications of their labor. 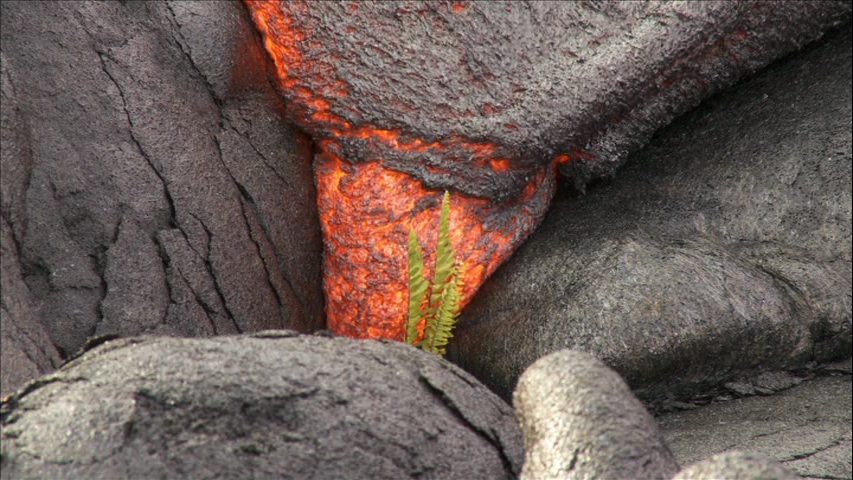 After a transitional interpolation of snow, rain, trees and cats, the scene shifts to Hawaii, where we come into contact with the elemental powers of fire and lava, smoke and clouds, ocean and rainbows.  The inexorable advance of molten rock over what had been a verdant tropical landscape is alluded to, through the eyes of Jack Thompson, a lone lookout living as a hermit in the employment of the US Geological Survey (or some such government entity.) 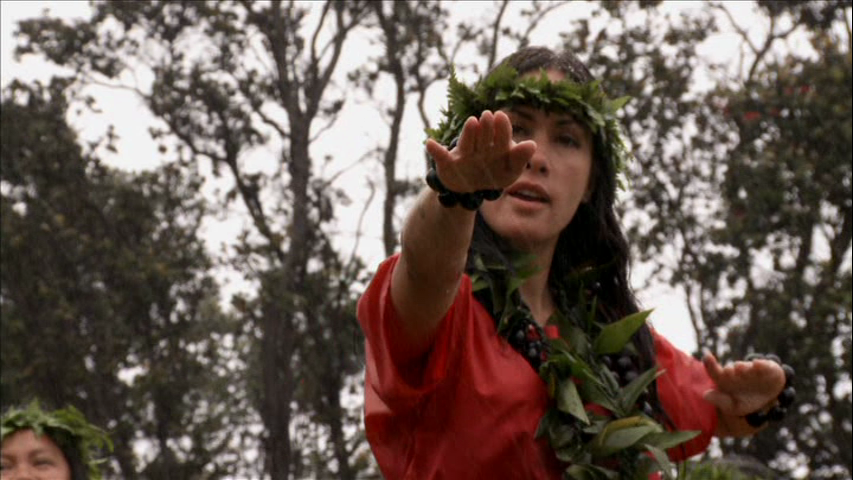 Mettler’s patient camera draws us into the dreadfully hellish spectacle, only to soften us up through a Hawaiian native dance routine that conveys placid acceptance of nature’s destructive necessities. 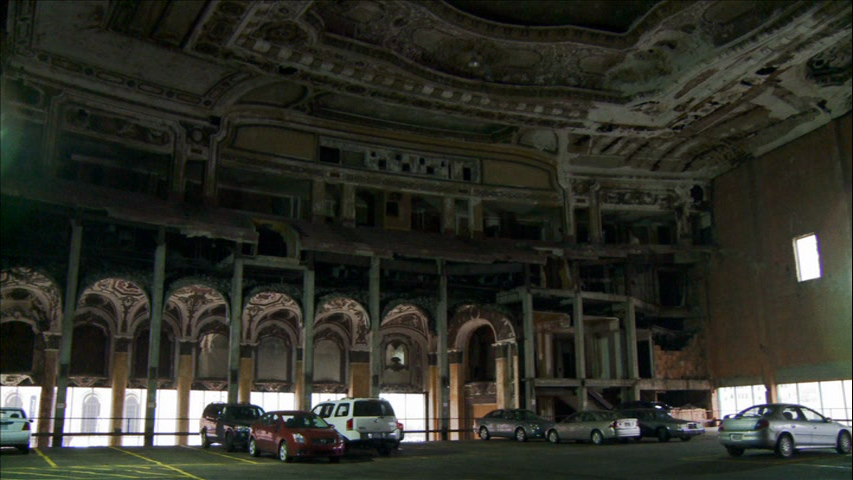 From the raw upheaval of Hawaii’s volcanic landscape, Mettler then transports us to Detroit, more famous nowadays as a landmark of urban blight and decay than for the industrial productivity that set the metropolis up for such spectacular collapse in the first place. Our entry into Motown is accompanied by the music of Richie Hawtin (aka Plastikman), whose throbbing techno beats supply a welcome shimmer to the otherwise depressing cityscapes. Blocks of formerly prosperous suburbia have gone to seed, manufacturing centers, churches and high rise office complexes sit vacant, none of them worth restoring or even demolishing in order to give the land beneath them a chance to breath again. Time marches on, mocking civilization’s vain assumptions of progress and subordination of the natural realm. 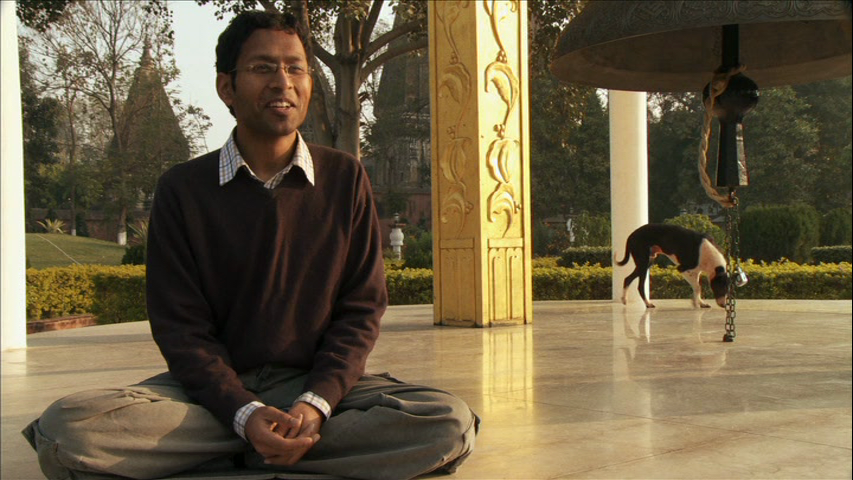 The cyclical conception of time, and the hope of escaping its entanglements through transcendental liberation from material clinging and desire, takes us to the next chapter in The End Of Time‘s exploration. A shrine erected on the site where Buddha was said to have attained enlightenment presents us with a version of his teaching, complete with an open-air cremation ceremony in which young children and assorted villagers gather around to see the corpse of a venerable elder go up in flames. 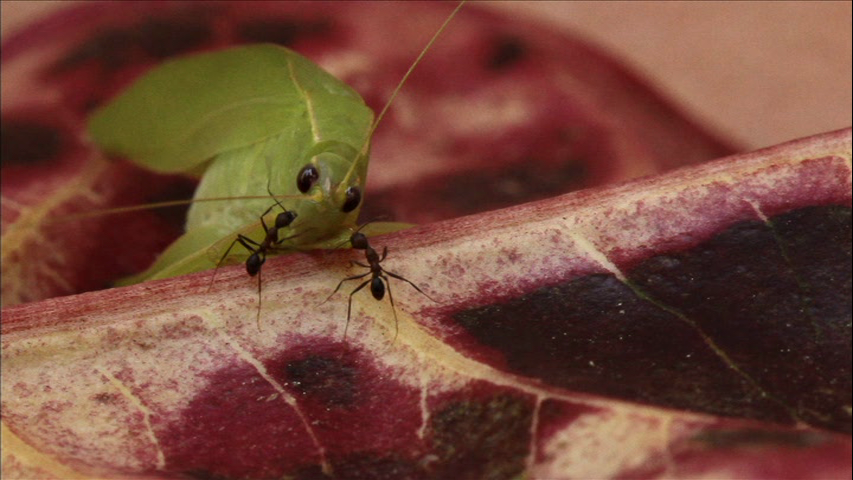 This eternal circuit of destruction and renewal is demonstrated down to the lower levels of the food chain as we watch ants swarm over and carry away a dead grasshopper, nature’s intelligence making good use of valuable resources, but for a purpose that can only be discerned by conjecture – life perpetuating itself in time simply for its own sake. 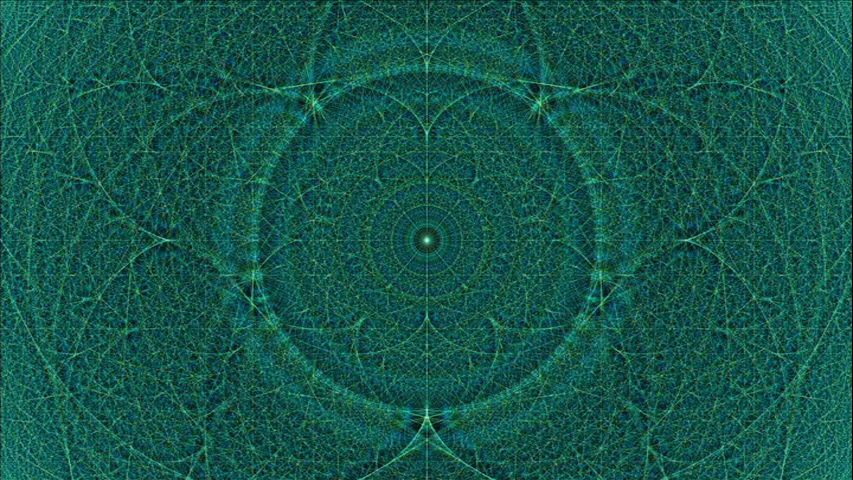 Taken as separate components, the major sections of The End Of Time work to effectively evoke a sense of wonder, at least for the time that they’re on screen. The discordant leaping from one topic to another tends to yank us out of a more prolonged meditation, and as much as I appreciated Mettler’s sharp cinematography and intriguing choice of locations, the overall effect probably falls short of his intentions. I didn’t walk away from the film feeling any more enlightened about the vastness or strangeness of time as a phenomenon than when I went into it, even though I was fairly predisposed to be blown away by whatever ineffable insights the film sought to deliver. The final passage, a visually splendid montage of trippy geometrics and effects-laden recaps of earlier scenes, conveyed a pleasantly psychedelic buzz, which led into an amusingly self-referential final dialogue between the director and his mother, whose utterances on the nature of Time brought to mind the Oracle from The Matrix. I suppose that when it gets right down to it, giving Mother the Last Word and coming Home on Time is a smart and sensible move.

The trailer adds content to the film experience itself, so I recommend watching it both before and after you take in the full experience of The End Of Time.

PIFF 36 Link: The End Of Time completed its run at the Portland International Film Festival on Saturday, February 16. More information on the film can be found here.