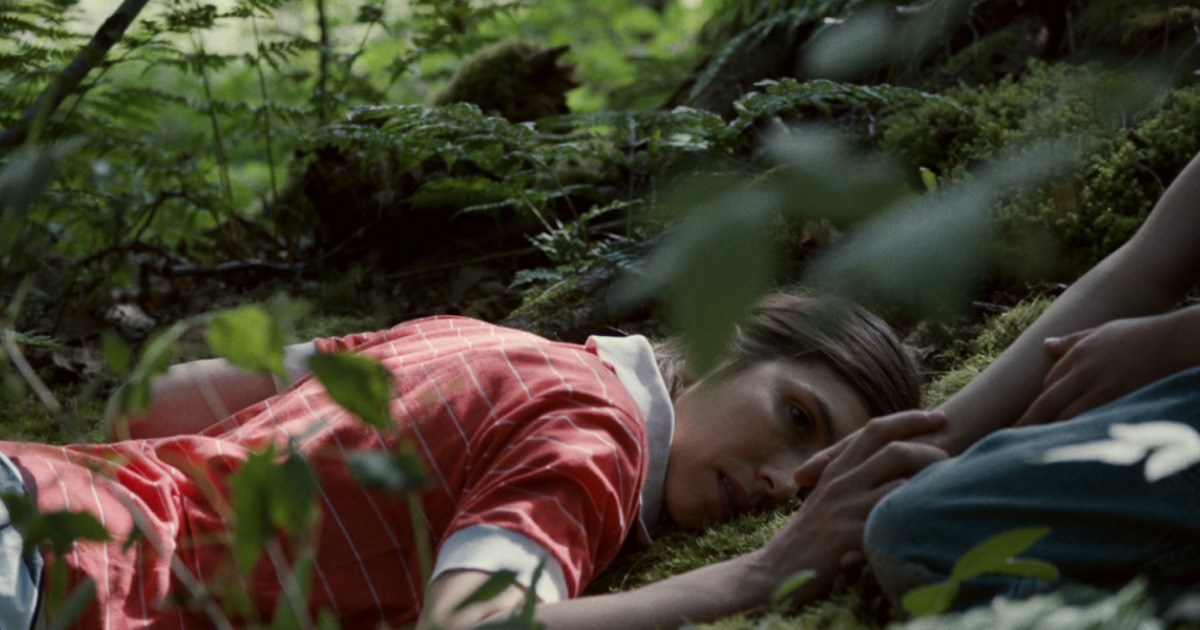 If the artistic lovechild of Robert Bresson and Jean-Luc Godard was raised in Germany and helped spawn the first wave of the Berlin School, it would be artist Angela Schanelec.

Opposite Christian Petzold and Thomas Arslan, Schanelec would, after starting her film career making shorts in the early 1990’s, jump onto the world stage with her second feature, 1998’s Places In Cities. Becoming a mainstay on the world cinema scene, Schanelec is a relative unknown stateside.

However, that will hopefully change as more people begin seeing her latest and arguably greatest work, The Dreamed Path. A deeply moving yet almost bewilderingly quiet and mannered, Path is a diptych, introducing us to two couples, 30 years apart.

First we meet Theres and Kenneth, two attractive young people in the throes of love and a vacation in Greece. We watch as life itself begins weighing on each half of this relationship, with the tension between them and their romance being raised. We then jump to modern day Berlin, where we come in contact with an actress and her anthropologist beau. They too are finding their relationship unable to bare the weight of life’s stresses, culminating in a blending of our two narrative threads in unforeseen ways.

The idea of this type of decade-spanning romantic drama itself isn’t all that remarkably new, but with a strange ellipsis thrusting us forward in time, Schanelec’s picture carries with it a startlingly strange atmosphere. Blending the quiet, almost transcendental physicality of Robert Bresson with a sly humor and Brechtian otherworldliness that would be found in Godard’s later period, Dreamed Path is a gorgeously composed meditation on love and loneliness.

Shot by the great DP Reinhold Vorschneider, the film makes up for its structurally rigorous narrative by injecting real energy into the film’s ostensibly static frame. The color palette here is rich and vibrant, focusing as much on each character’s gestures as the world they inhabit. It’s a film of tones and moods, of glances and brief moments of connection or isolation. The performances here are solid, but again, the picture is more interested with the space these men and women inhabit both alone and together than something more resembling typical romantic drama. It doesn’t overstay its welcome, and while it may be a challenging sit for many a viewer, those who tune into this film’s frequency will find a profound and subtly moving meditation on love and loss unlike any you’ve seen previously.