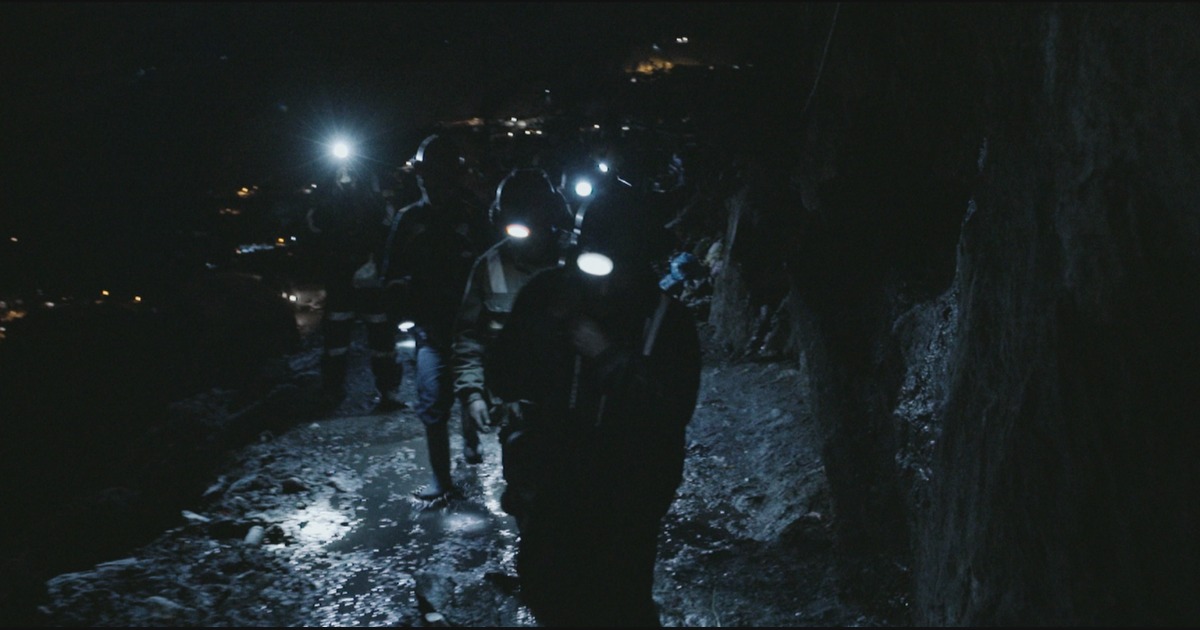 Every so often, a film comes along that challenges what one thinks can be done with the medium. A couple of those films exist in any film festival worth its weight in celluloid, this year’s Portland International Film Festival being no different. However, not every festival has a film like Salome Lamas’ El Dorado XXI.

Lamas and her film may not be familiar to even the most studied of film lover or art snob, but one is one of the best films of the last few years, and the other is its revelation of a director.

At once an entry in the ever growing world of ethnographic documentary and yet also a superlative piece of “slow cinema,” El Dorado XXI finds documentarian Salome Lamas embedding her viewers in the heights of Peru, particularly the men and women who make up a village driven by a gold mine. We never really learn the names or engage on a deep level with any of these men or women, but we hear a handful of stories throughout the film, specifically during what is a truly transcedent sequence that makes up much of the picture’s first half.

A nearly hour-long static shot, Lamas ostensibly begins her film by introducing us not to any specific character, but instead the environment they find themselves in. A static shot set at some point in the journey of miners as they traverse up and down a hillside, the sequence lasts a good solid 55-plus minutes, with narration coming from those who have direct contact with this mine. We hear also from a local radio station, only to shift at roughly the one hour mark into something just as moving, yet slightly less formally engrossing.

There is a scene involving up tempo music and a large campfire, but nothing reaches the heights of this utterly transfixing 55 minute meditation on the monotony of everyday life within this mine. The subsequent shots of the village itself are desolate and almost blinding in their crispness and snow-covered beauty, particularly as we get to the film’s conclusion, an obvious but no less profound ending given the film’s interest in the sameness of every day life. At just a touch over two hours, the film will be trying for many mainstream audiences, but frankly, if one is attending the film with any knowledge of what it is generally about, that person has already won half the battle.

Giving yourself over to the ebbs and flows of this mysterious, subtle and quietly paced documentary is easy, as the film itself seems to hypnotize its viewer with either its gorgeous exteriors or the transcendental set piece that makes up the first half. Not to mention the chatty women who discuss global economics. Come for the 55 minute descent into mining hell, stay for the brief discussion of Hernando de Soto and captivating photography from cinematographer Louis Armando Arteaga. There’s simply nothing like El Dorado XXI.