Independent cinema is the clear focus at LA Film Fest. This doesn’t mean they’re completely clear of the sort of pre-packaged, studio-lite fare that tends to climb awards-season ladders into our multiplexes – this year’s festival featured films starring Chris Messina, Idris Elba, Alfred Molina, Gemma Arterton, Gael Garcia Bernal, Gillian Jacobs, and Topher Grace, plus The Conjuring 2, an outright studio film. And even those films without such attachments are not entirely free from the influence, following familiar beats and a sort of glossy presentation in an attempt to “fit in” with the big boys. The extent to which these films could truly be called “independent” is thus debatable, and lends a sort of discomfort to aligning them with truly adventurous voices. That disparity is most evident in four thrillers that played at the festival, which range from practically begging to be let in to actively refusing any sense of acceptance. That the talent employed in making them is similarly distant only makes their respective timidity and boldness all the more jarring.

For all intents and purposes, Jackson Stewart’s Beyond the Gates is a less-accomplished version of a horror film you can get just about anywhere. Boasting a fairly strong premise – two estranged brothers reunited to clean out their late father’s video store, find a VHS game, start playing it, discover it’s haunted – and a modicum of technical polish, plus a pretty stellar (if derivative) score, the film falls apart the second its cast starts wandering onscreen. Gordon (Graham Skipper), adorned with a buzz cut and enormous glasses, barely registers as human, the actor’s line readings substituting stiffness for reservedness. His character is tightly-wound, with a lot of built-up resentment and a past of letting his anger get the best of him, and Skipper lets the premise do the walking. Gordon’s girlfriend, Margot (Brea Grant), is only along to be super supportive of her jackass boyfriend and provide some cleavage shots. His brother, John (Chase Williamson), is every bit the shorthand of “slacker, but generally an okay dude”, what with his unkempt hair and casual dress; if only Williamson was similarly at ease onscreen.

The film finds its way towards a good amount of impressively-executed gore, and has the genuinely creepy presence of Barbara Crampton as the game’s recorded host, whose ability to craft the game to its players becomes increasingly acute. Its tension comes from familiar places – an expected presence, aural or physical, sneaking around the house – without twisting or pushing its ideas past simply introducing them. The game forms a nice metaphor for the brothers’ troubled relationship with their father, but Stewart (who cowrote the screenplay with Stephen Scarlata) never asks the actors to reconcile with any emotional turmoil above the most immediate challenges of beating the game. The film doesn’t exist outside of a strictly-planned series of events, the cast and crew providing no insight, curiosity, or imagination in the story they are telling. It’s practically a storyboard come to life.

Better-equipped to deal with a similar set up – a guy and his girlfriend meet up with the guy’s brother to deal with lingering family issues in the context of a horror movie – is Chris Sparling’s Mercy, which Netflix picked up for general distribution. Here, the two brothers are part of a larger family tree that pits them against their mom’s second family, which stands to gain her sizeable inheritance. The first twenty or thirty minutes of this movie are spent with characters alluding to a lot of things they have no reason to hide, except to avoid telling the audience the whole story, but once some dudes in white masks show up to terrorize the family, things really start to pick up. James Wolk, Caitlin FitzGerald, and Tom Lipinski form the central trio, and the basic name recognition their names endear are indicative of the greater talent they bring in realizing this story.

This is, remarkably, Sparling’s third feature, but those of us who aren’t familiar with The Atticus Institute (2015) or Uzi at the Alamo (2005) may know him best for scripting the Ryan Reynold’s container Buried from 2010. That film similarly took the long way around the mountain to justify its premise, but Rodrigo Cortés’s snappy direction and Reynolds’ fearless performance is what really made what would seem like an impossible structure fun and seat-grippingly tense. Sparling’s direction here is adequate – he’s set himself up for quite a challenge, having to keep the camera positioned in such a way to not tip his hand too early, but much like the script itself, it starts to feel like it’s working overtime just so we don’t figure out the too-crazy-to-be-predictable revelation. Which, you know, success on that count certainly. Still, it’s a short 80-minute ride that’s plenty of fun, the perfect sort of thing to pull up on Netflix on a lazy evening, and wouldn’t you know that’s exactly where it’s headed. 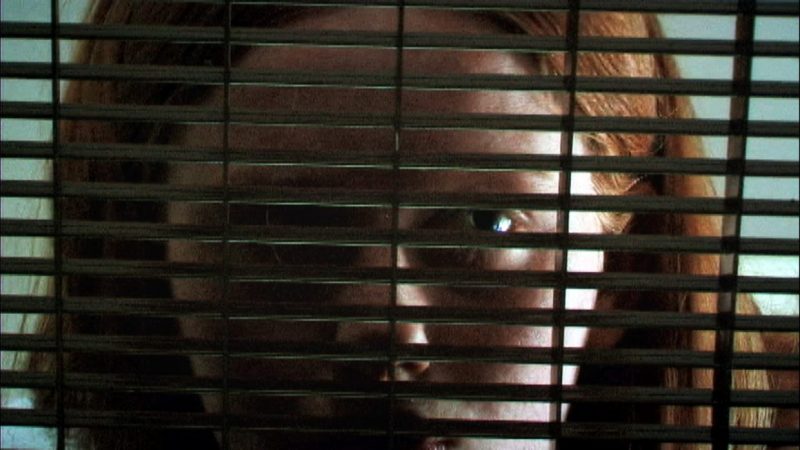 My First Kiss and the People Involved is another 80-minute gem. Considerably more difficult to watch, it’s also perhaps the best film I saw at the festival. India Menuez stars as Sam, whose unsteady life in a group home for mentally challenged adults is rocked when the one person with whom she connected – Lydia, a caregiver (Liza Thorn) – goes missing under more-than-suspicious circumstances. Sam has difficulty with basic communication, and can’t quite voice her concerns to the other caregiver, Larry (Robert Beitzel) – in no small part because she had seen them arguing several times before Lydia “went away.” Writer/director Luigi Campi sort of artificially extends the concrete motivators of tension in the story, but his ways of discovering discomfort in the rhythms of life in the home are what make this something special. Without condescending or making fun of his characters, Campi recognizes the way the noise created in such an environment can create a punishing atmosphere, especially for someone as withdrawn as Sam. Small touches like a puzzle missing its face lend the film a sort of nightmarish air.

This is the first film I’ve seen from cinematographer Giacomo Belletti, who has been working steadily on over two dozen films over the past six years, but I can’t wait to see more. His loose, adaptive approach gives the cast plenty of room to move about the house, while he still finds countless indelible compositions, from the opening shot – following a hand as it attempts to contain and manage this world – to Sam’s favorite hiding space under the stairs (from which she shines amidst the darkness) to a playful approach to mirrors that keeps limbs divorced from faces that makes physical Sam’s difficulties connecting in a very disarming way, if you’ll pardon the pun. It’s adept, lovely, even painterly work that renders the discomfort in somewhat-approachable, almost otherworldly terms. 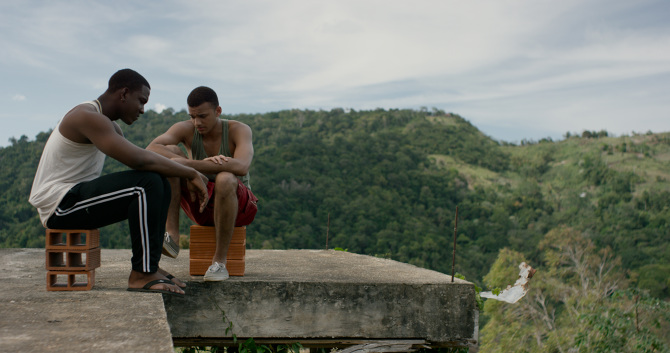 The final thriller I caught at LAFF was the not-quite-so-graceful Play the Devil. Writer/director Maria Goven is well-intentioned in this exploration of homosexual tension in Trinidad, where such acts are illegal, and she nicely positions the story in a cultural context without just turning the whole thing into a documentary. Her cast – particularly star Petrice Jones as a gifted young man trying to stay on the straight-and-narrow as he nears university, and Akil Nickolas as his much-older sexual pursuer – feels drawn directly from their environment. They use gesture and expression very well to instantly establish the relationships between one another without the script doing a lot of heavy lifting. Where Goven stumbles is in tying her form to her protagonist’s psychology, creating a more visceral sense of fear and paranoia as social, educational, legal, and emotional forces increasingly come to bear against him. The film is fairly slack, so much so that the sound mixing is a little rocky, which would be fine were the interactions equally casual. But every line and moment of silence come to mean something here. This mixture of deterministic and slack never quite gels.