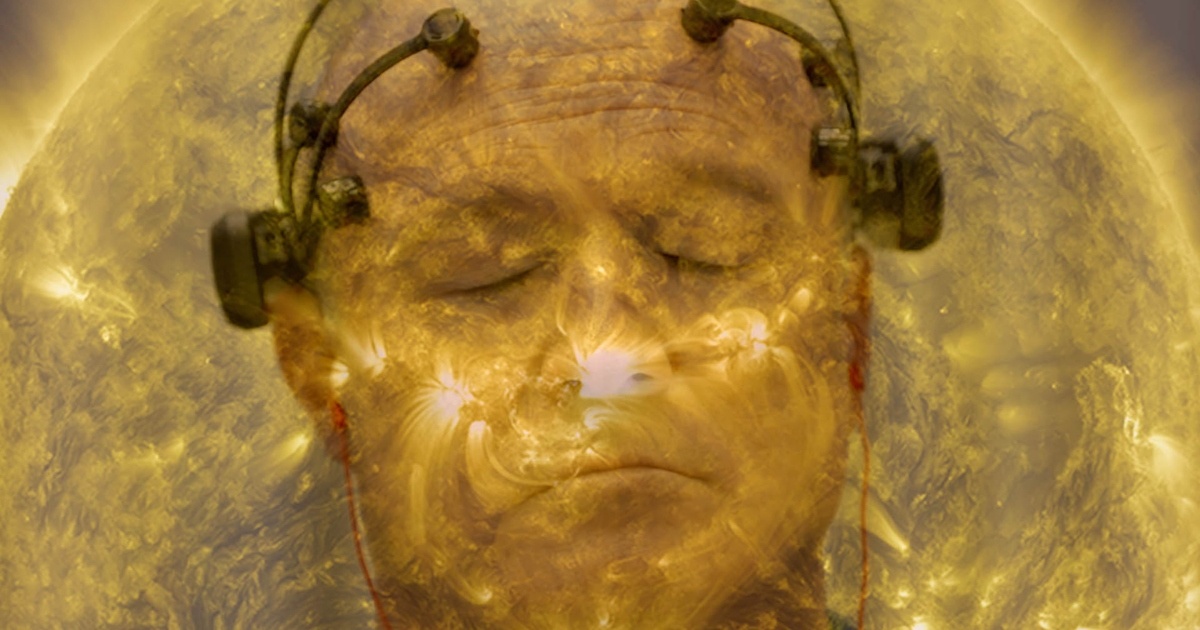 “When an image speaks, what does it say?”

While a seemingly obtuse and self-important quote you’d find more at home on a shitty Instagram post than any self-respecting documentary, this is just one of the many ideas and concepts at the very core of director Theo Anthony’s latest masterpiece, All Light, Everywhere.

Revolving, more or less, around the the idea of observation, Anthony returns with his long-awaited feature follow-up to the criminally underrated Rat Film, and once again sends viewers into the heart and soul of the modern surveillance state. Taking a time and space-hopping approach to tell the larger story of how the camera has been weaponized, Anthony’s chapter-book structure sends viewers careening from a warehouse producing tasers and body cameras, to the Baltimore Police Department being trained to use said cameras, all while comparing and contrasting these developments with historical concepts like the recontextualization of carrier pigeons in WWI as simply another evolutionary moment in the history of the violence brought on by cameras. This is all set up with startlingly provocative narration and a use of subtitles that, by the film’s awe-inspiring epilogue, feels like a transmission from some otherworldly figure, a figure footnoting the last film made by a civilization out of control.

While alluringly elliptical in moments, Anthony’s direction is laser focused. One of the more enthralling moments doesn’t come in the form of some searing police commentary (although that’s here in spades), instead it comes in the form of a deeply frustrating deep dive into the history of mug shots and anthropometry. Introducing viewers to Alphonse Bertillon, the film weaves a tale about Bertillon’s work in the 19th Century, introducing data metrics (head size, feet length, etc.) into the world of policing. Ultimately culminating in the creation of facial projection software, Bertillon’s breaking down of humanity into data sets (an issue at the very heart and soul of All Light, Everywhere) turns policing not into stopping criminals but stopping “men liable to fall into crime” and all the biases that go with that incredibly toxic idea.

Therein lies one of the core topics of this brazenly upsetting work. Early on, in one of the film’s more jaw-dropping sequences, Anthony tells the story of the 1874 Transit Of Venus, and particularly the attempt by astronomer Pierre Jansen to capture it in some shape or form. Culminating with him ultimately making what is widely considered the first camera, the film subsequently draws connections to things like the Gatling Gun, and particularly the language with which we talk about film. A camera shoots. An image is captured. Cut back to modern day and these same cameras are seen as objective viewers, despite producers of them taking into account different ways in which they are the absolute opposite.

Anthony’s direction here is stunningly assured, ebbing and flowing between naturalistic documentary footage and eye-popping source material, recontextualizing the camera as a weapon of the surveillance state. A Dan Deacon score is the absolute right companion for this, with the beloved producer doing some of his very best work to date. Despite being rightly dense and heady, the film has a real brooding energy to it, but also a real humanity most powerfully seen in a sequence involving a community meeting. Anthony brings viewers to a Baltimore community meeting, where a collective of people of color from the community attempt to combat the potential use of cameras to surveille their community. A first hand exploration of the power of the camera to take lives, this sequence gives faces to this argument, faces of real people one could see down the street every day. Without this humane core the film may seem a bit preposterous to some, but with it it the film evolves into a haunting and haunted rumination on sight and perception.

Power is born of perception. Perception is the key to complete power. Thus these body cameras, in all of their artificiality and subjectivity, are given a strange sense of objectivity by a police state needing them in order to maintain control over the community. But it doesn’t have to be that way forever. Come the film’s stunning epilogue, a different future is proposed, in the form of a film production class at a largely black school in Baltimore. Anthony proposes them as the original central focus of the film, but instead leaves them as a small symbol of hope, viewers watching as they brilliantly deconstruct the images that they want to bring to the screen. It’s a potent conclusion to a film that posits that “the eye sees only what the mind is prepared to comprehend.”