From the first line of dialogue in Ken Wardrop’s documentary, I had a smile on my face. His & Hers tells, in 70 vignettes that are never more than 3 minutes long, life-spanning stories from Irish women about their fathers, husbands, and sons. These women, from toddlers just old enough to speak, to ladies well into their nineties, give us charming and often-hilarious peeks into their lives and relationships in stories of chores, curfews, marriage proposals, domestic lives, and on into widowhood.

Each story is told in a bedroom, living room, kitchen, or hallway — shot as a sort of reality-television confession booth, but shot with a cinematic eye that combines the interior-style of Yasujiro Ozu with that of an Ikea catalog.  Not one of the men highlighted in these stories is shown in the film — instead, we are left to create these men in our imaginations, through their caricatures presented.  The result is a seemingly inexhaustible chain of charming and heartwarming glimpses into the most recent generations of Irish family.

The crowd reaction to His & Hers was priceless.  The laughter contained an air of sincerity that can only come from mouthes drawn into perpetual smile.  The gasps and bemoaning during the sadder vignettes were only indicative of the fact that the audience had found investment within the ninety seconds in which the story was told.  This documentary is a true testament to the power and persistence of family life, which is more and more a fleeting ideal in modern America.

Video clip and poster image courtesy of the filmmaker. 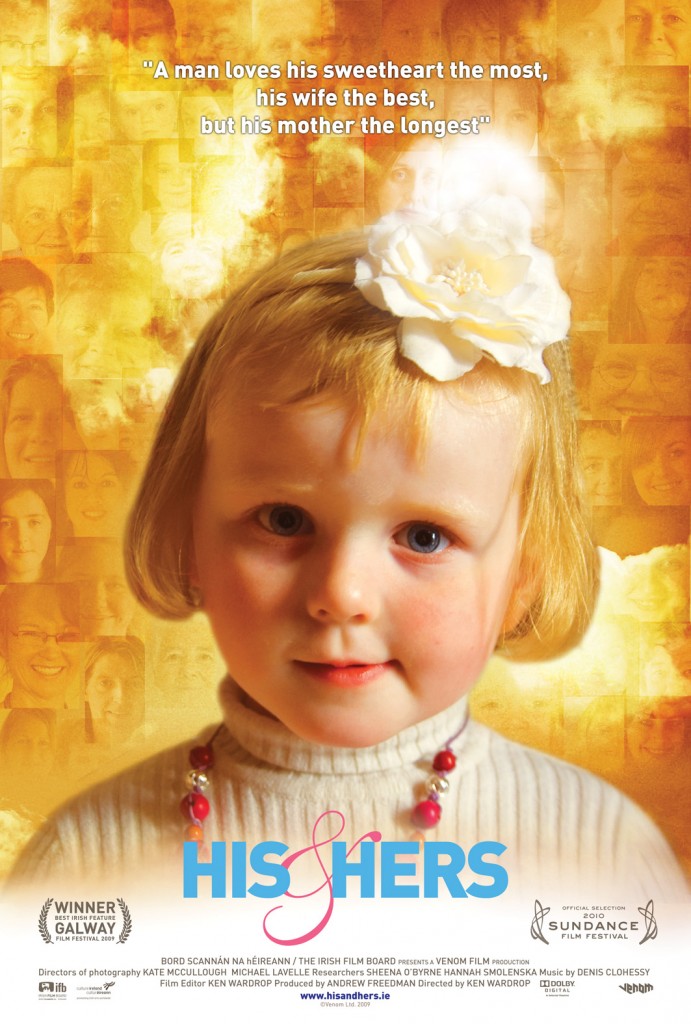