There has been a buzz created around this film from the moment I set foot in Park City. Every line I waited in and ask the people around me, “What film are you most excited in seeing this year?” Many common responses were, “Who are you, again?” Then I’d reply, “Rudie with The CriterionCast” Then they’d say, “Never heard of it.” Then I’d say, “So what film are you most excited for this year?” Then they’d just ignore me. But the ones that did reply to my friendly worded question all seemed to be Douchebag. What it the name of the film that was so intriguing? The subject matter? Or just the subject matter being a typical Sundance film? Like a good little blogger, I went to find out more about this film.

Getting in line was a lot of fun for this screening. Everyone seemed to have a smile on their face and a certain glee in their eye. The fact that so many people are just saying the word “Douchebag” is pretty comical. In fact, while checking in for the screening, I was awkwardly flirting with the volunteer checking me in. I jokingly asked if she enjoy pointing at people and saying “douchebag”. She smiled and replied “Yes!” It’s really the only real time you can say the word with getting a dirty look or in a worst case scenario, a fat lip.

The theater was once again packed for this screening. I pulled out my notebook to take notes and was surprised with they announced that this film was a whopping 81 minutes long. “Good! A short one” I thought to myself. The lights went down and the movie started.

Douchebag is a film about brotherhood and forgiveness. Sam is getting married to Steph. Steph wants their two families to be close. She wonders why Sam and his younger brother, Tom are no longer speaking to each other. Things happen between brothers while growing up. You instantly have a friend and enemy from birth. I should know, I have one brother who is younger than me. And growing up we have always seen each other as competition rather than friends. I could easily relate to this film, right off the bat. So as a surprise, Steph travels to visit Tom, whom she never met and invites him to the wedding. He reluctantly accepts the invitation. The two brothers meet for the first time in 2 years.

While Steph attempts to mend the broken relationship between the two, she inquires about a long lost girlfriend of Tom’s and suggests they look her up and invite her to the wedding as a date. Enter Mary Barger; the “macguffin” or “rosebud” of the film. A string of events lead Sam and Tom on a road trip to find her.

During the trip the brothers get closer. They start to argue and at the same time gain an understanding of each other. Tom also learns that his older brother Sam is a’¦ wait for it’¦ douchebag. (hey! that’s the name of the movie) Sam does horrible things to Tom and Steph that makes his character go from likable and relatable to a total (I’m going to hate myself for this) douchebag.

This film is funny and at times charming. I’m curious about whether or not it has distribution and if so, I’m sure the studio will change the title. I foresee it being changed to “The Best Man” or “Whatever Happened To Mary Barger?” I don’t know, something goofy like that, that I’m sure I’m gonna hate. But nevertheless, the film is solid and enjoyable. It’s what I hoped Happythankyoumoreplease was going to be. 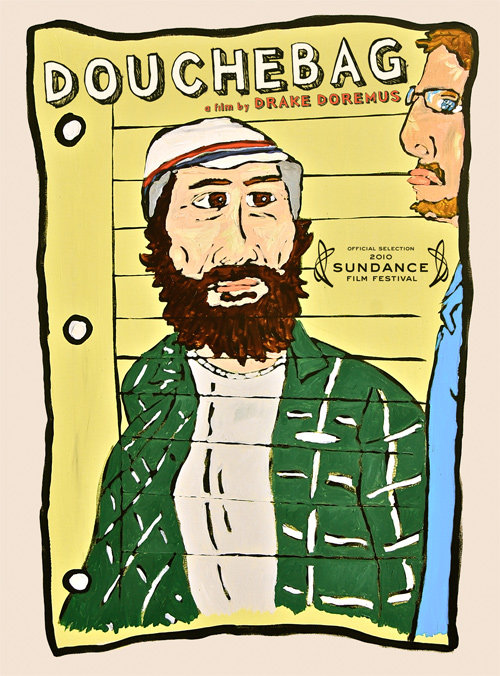