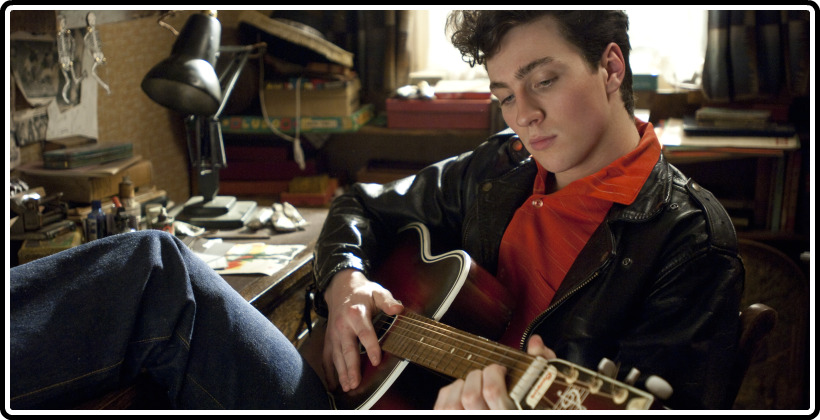 The first official film Travis and I watched at the Sundance Film Festival was Nowhere Boy. A strange biopic about the early life of John Lennon. I say strange because it doesn’t feel like a typical biopic. No early life and adversity, no rise of a super stardom, no drug problem to overcome and no eventual death. Instead the film plays like a coming of age film which so happens the main character’s name is John Lennon. So in this way, it is kind of free to just play out without any convention.

The story follows a 16 year-old Lennon growing up in Liverpool, England. After the death of his dear uncle, he learns the identity of his real birth mother. Lennon’s birth mother is quite taken with her new found son, which creates conflict with his legal guardian, his aunt Mimi, played wonderfully by Kristin Scott Thomas. This conflict is built upon in such a way that makes the audience feel as if they are just simply observing this battle of guardianship.

Notably absent of any Beatles references, the film was quite refreshing. Of course its hinted at, but done in a very effective way which makes it feel organic rather than thrown in for fan service. Nowhere Boy is pleasant and charming and a great way to start off a day of non-stop press screenings