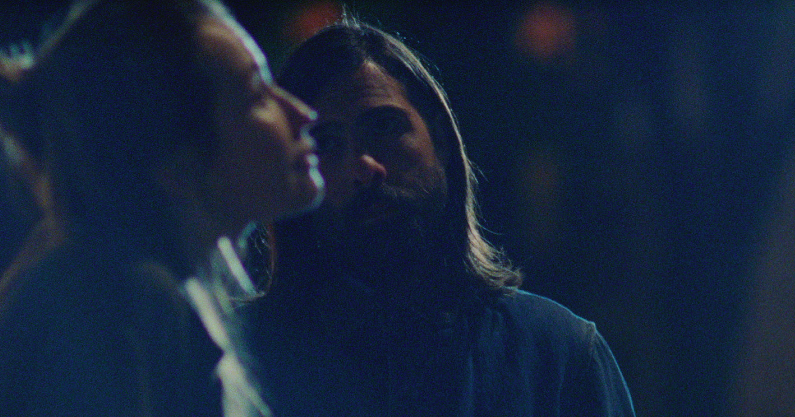 Prolificacy can catch up to even the most dogged of artists. For writer/director Alex Ross Perry, one of the most distinct and sharp voices of his generation, Golden Exits is the moment his speed (this is his third feature in a three-year span) has caught up. The whole movie revolves about exhaustion – the exhaustion of carrying on youthful enthusiasms into middle age, of maintaining relationships that have lost their spark, of answering the same questions about your life for fifteen straight years. So, too, can one nearly feel the exhaustion in making it. The gradual plodding of the keyboard and lack of interest in revision permeate a 94-minute film that manages to be both well-structured and underwritten. I looked at his 2014 breakout film, Listen Up Philip, and saw a man who wanted to reach the heights of Woody Allen at his most creatively feverish and emotionally unsteady. Three years later, he more resembles a contemporary Woody Allen, happy to let his characters simply speak his themes without an eye towards subtext and assembling a cast brimming with talent but often ill-suited to their assigned roles.

As with Philip, Golden Exits seems to take place in a vaguely-1990s time period. Perry, as ever, is obsessed with the tactile and avoidance of digital. Fittingly, the film revolves around archiving. Nick (Adam Horovitz) is an independent specialist in what he insists on referring to as “materials.” He works for himself in a tiny basement office, just a few blocks from his house. He likes to keep his world small, or so he tells his new temporary assistant, Naomi (Emily Browning). That world shrinks even further as he takes on the task of sorting through his late father-in-law’s materials. It’s not so much that he minds the input of his wife, Alyssa (Chloë Sevigny), but her sister Gwen (Mary-Louise Parker) is another matter altogether. She is unmarried and is left to vent only to Alyssa, putting her in the precarious position in having to pick sides. Meantime there is the matter of this attractive young assistant whom Nick has brought on.

This isn’t even getting into the involvement of Buddy (Jason Schwartzman), his wife Jess (Analeigh Tipton), and her sister Sam (Lily Rabe), who are themselves connected to the bunch up above in ways too involved to detail here. For all these connections, Perry lays them out quite well, happy to withhold a particular relationship until only the point in the picture where it will actually matter. This also lends the film a degree of plot that helps retain suspense in a very low-key drama (what Perry has acutely described as “mellow drama”). Everyone has some secret from someone to whom they’re supposed to be close, even if it’s a feeling.

They don’t keep many secrets from us, though. In confessional after confessional, Perry lets his characters share their deepest fears and reservations. This is especially true, notably, of the women, whose only course of conversation with one another is to unload their histories, their faults, and their regrets. I’ve seen it said – including by Perry himself – that the characters here talk as a form of distraction, never quite saying what’s on their minds. But how else am I supposed to take Sam’s monologue about reaching her early thirties and having few accomplishments to show for it? Or Gwen imparting her experience to Naomi as a way to warn her of potential pitfalls? These are all very direct segments, and, though sometimes eloquent, never reach the poetic heights of our great confessional filmmakers like Ingmar Bergman.

Some of this is in the writing, but it’s also an issue of performance. Whatever the issues with Listen Up Philip or Queen of Earth, Perry found actors ideally suited to his idiosyncratic dialogue. Schwartzman, the star of Philip, does wonders here once again, his ability to carelessly dismiss those around him a magnificent asset to Perry’s brand of contempt. Horowitz gets some nice material to play and does well with sections where he’s asked to repress Nick’s obvious desire for Naomi. He builds a guy who succeeds as an expert but fails as a mentor, a professional flaw that says a lot about where Nick’s at in his personal life. The few heavy emotional scenes he gets are somewhat less convincing, and he’s not a terribly sharp focal point for the film to gather around.

The fact, however, that the two most convincing characters here are the men is not lost on me. Browning so consistently stars in ambitious projects that limp through their time onscreen (Sucker Punch, Sleeping Beauty, and God Help the Girl come immediately to mind) that I’m starting to wonder if the problem is mostly on her. Naomi is a disaster on the page, admittedly – she’s grotesquely noble, and her one scene of weakness is thoroughly unconvincing – but it’s possible a different actor could lend the character shades of experience that have shaped her this way. Browning suggests little desire to behave contrary to Naomi’s righteous demeanor, and what’s more, for such a central character, her perspective remains somewhat outside the film’s primary concerns. In each scene, we’re meant to see her as Nick does, or as Buddy does, or as Gwen does.We’re shown how they and Alyssa deal with her beauty, but never how she does. This underlines her passivity, and posits her as someone acted upon, rather than an agent in her own life, or even the agent of her own view of her life.

Despite their relative liveliness, I had severe reservations over Listen Up Philip and Queen of Earth’s imitative qualities, their desire to be of a different time and within established visions (by Allen, Cassavetes, Altman, or Bergman, among slices of others). With Golden Exits, Perry has returned to something more distinct, and while I suspect the vibrancy and originality of The Color Wheel is never to return, it is nice to see him working more independently again. But it has me, for the first time, questioning the value of his voice; what I longed for in his last two films now feels wanting.