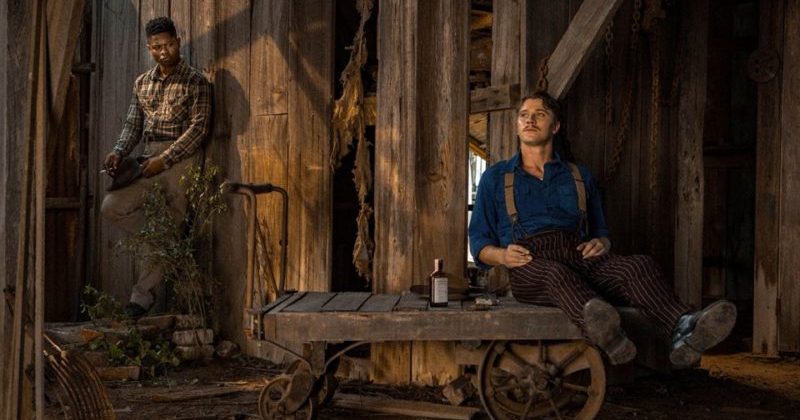 Mudbound is both intimate and epic; both small production and huge. A period piece centered around two families who live on a farmland in rural Mississippi – one tenant farmers, the other the farm owners – it also has to contend with members of each family going off to fight in World War II. At times, the production, organized through eight different companies, strains to meet its demands. But its limitations reflect those the characters face. While one might prefer to see an airplane dogfight from some vantage other than the pilot’s, well…so too would the pilot. The families are trapped on their farm, with little view of the world around them. This claustrophobia is their central conflict. For some, it’s an inability to escape. For others, it’s an inability to see beyond their bubble. And these factions brew a harsh world.

Because of this sort of scope, Mudbound has been hailed as fairly ambitious. Its grandest gambit is letting you underestimate how horribly people can treat one another. If there is one running theme throughout the film, it is how often we’ll excuse the behavior of people close to us in an effort to maintain stability. Even if that stability is awful.

Laura (Carey Mulligan) was a lonely woman in her early thirties when she married Henry (Jason Clarke), a man of some achievement who’s more resourceful than he is romantic. And resourceful he’ll need to be to make life on their newly-acquired farm suitable for his civilized wife. As it is, he was swindled out of money attempting to rent a proper house, and now they and their two children are forced to live in a rundown farmhouse with his elderly father, known simply as Pappy (Jonathan Banks). They have the help of their tenants and employees, the Jackson family – father Hap (Rob Morgan) and mother Florence (Mary J. Blige) – and a good deal of inherited racism that Henry exploits to drag Hap into all manner of chores.

Laura is a rare character for this type of story. She’s a strong-willed woman who nevertheless is extremely devoted to her husband, despite the many things he does to upset or ignore her, and especially despite her attraction to his much-more-charming brother Jamie (Garrett Hedlund). She recognizes how inconsiderate Henry is towards the Jacksons, always barging in on their family time to demand Hap’s help. She especially recognizes the overt racism Pappy expresses towards them. She doesn’t approve of it, but does little to stop either. Mulligan excels at playing this sort of yearning, her eyes almost naturally suggesting desolation.

Conflict between the families come to a head when Jamie and the Jacksons’ son Ronsel (Jason Mitchell) return home from the war. Both were decorated soldiers overseas, and neither has exactly received a hero’s welcome. The war is truly over, and victory doesn’t feel won. Dee Rees, who cowrote the screenplay with Virgil Williams and directed the film, doesn’t fall into the easy trap of painting the Jacksons as too holy for the fact that they are essentially victims. Hap can be as prideful as Henry, and Florence probably even more so than Laura. But Rees is sensitive to the way the underprivileged are forced to be more righteous than their oppressors, for one step out of line will be far more calamitous for them.

Formally, Rees and Williams seem to have a good handle on Hillary Jordan’s novel, which I have admittedly not read. The pitfall in any adaptation is the potential for it to feel too rushed, scrambling to cover hundreds of pages of plot in a two-hour film. Mudbound proceeds at a fairly leisurely pace, making time for character beats that mean nothing at all to the plot. Its only real handicap as adaptation is in the form of voiceover. Nearly every major character is gifted a chance to speak, and it has a way of underlining or intruding into the drama rather than emboldening it, but the language is so damn refined and pleasurable that it’s tough to hold it much against it. But what’s especially sensitive about the writing is how the film builds conflict and relationships where the outcome feels inevitable, but the specifics of how it is realized still caught me completely off-guard. Which is sort of the point – one has a sense of how the world works, and one works within the rules you think exist, but the world has a way of surprising you. Sometimes those surprises are quite pleasant; an unexpected romance or a helping hand. But just as often, they’re terribly, terribly punishing.