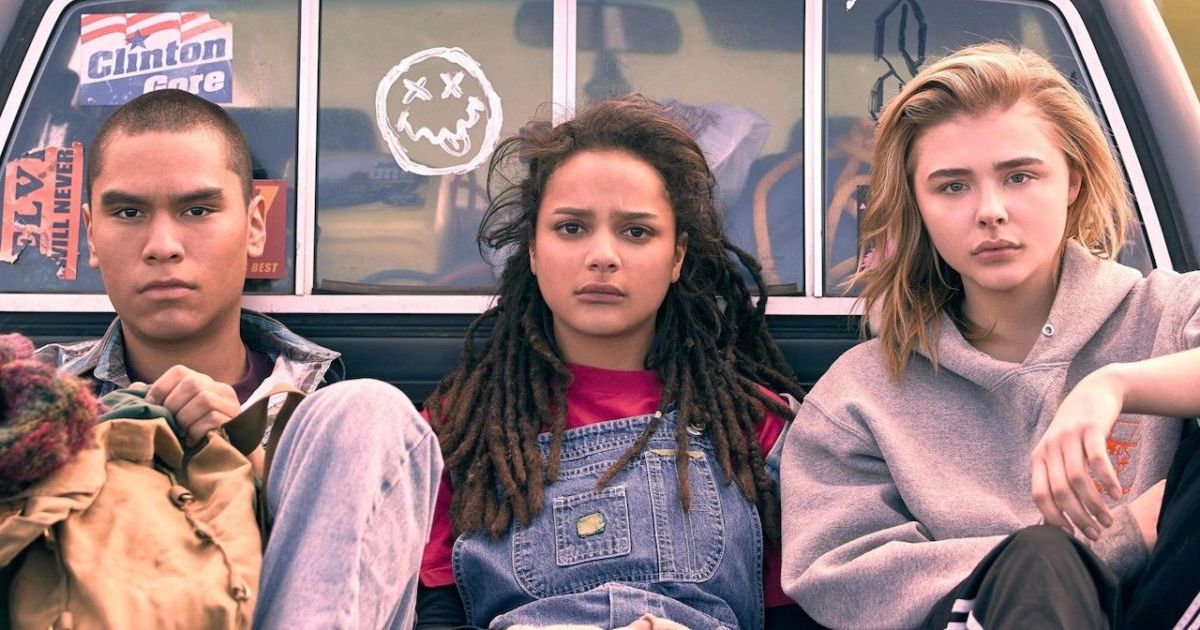 Let’s begin with a basic premise on which we can all, I hope, agree – Christian camps that try to “reprogram” gay kids are flat-out awful, and can be quite reasonably called evil. They are also, unfortunately, a significant cultural force, and films should be made about their methods and impact, the damage they do not only to the kids who go through them but through cultures at large, both religious and secular.

Let’s also admit something else – it’s really, really, really easy to make fun of Christian culture, and the low-hanging jokes weren’t even funny when Saved! came out over ten years ago, and they’re definitely beyond tired now. The too-cheery youth pastor, strumming away on his guitar trying to be hip; the overly-enthusiastic girls; the “blessed” faux-positive condescension of the young men; the attempts to make Christ “edgy” and “rad” for each new generation. Maybe it’s just that I grew up in an evangelical church and found it wanting; maybe these jokes really do land for those outside of it (or, for that matter, inside of it). But having been through it, I don’t find these types funny as much as sad.

So. Desiree Akhavan made her share of cheap jokes in Appropriate Behavior, but through the course of the film saw the sadness not only at the core of the types she mocked, but at the people who spend all their time mocking. The Miseducation of Cameron Post has much of the same spirit, leaving unresolved the loneliness and isolation in which the seemingly-cheery camp counselors at God’s Promise have to live, even as it takes seriously the horrible effects of their form of therapy. But it also doesn’t let them off the hook. There’s no reconciliation between kids and counselors, no hope that the latter will be reformed or even defeated. This is essentially a movie aimed at teenagers, and telling them that either is possible would in most instances be a lie. Its solution is much healthier and reasonable – fuck those guys.

Cameron Post (Chloe Grace-Moretz) is going through the ordinary motions of a Christian-raised high school junior – she has prom with the boys, she has Bible study, she has track and field. She is also in love with her best friend, Coley, and they’ve been secretly carrying on together. The extent to which Cam’s full feelings are reciprocated is a bit vague, and only becomes more so when they’re caught together and she – and, notably, not Coley – is shipped off to God’s Promise to be “rehabilitated.” There she meets the usual oddballs one would expect. There’s the rebel, the few earnestly trying to make a go of it, the self-loathing. Most were sent there because their sexual orientation was an inconvenience for the parents, and you can sense that much the sadness the kids are going through is precisely that they no longer feel loved, if indeed they ever did.

Cam’s parents died some time ago, and she’s under the care of her aunt, so she really doesn’t know what she’s doing there. Akhavan’s screenplay, adapted from a novel by Emily M. Danforth, doesn’t make Cam the typical outspoken teenager, and Moretz doesn’t use this cue for withdrawal to make her passive. She plays Cam instead as simply trying to get by, make the best of a bad situation, say the right things, and get back to her real life as soon as possible. You can see the inner negotiations in every response between the honest answer, what she wants to say, what she needs to say, and what she ultimately thinks is the right thing to say. We see also the moments when Cam starts to accidentally have fun, then check herself and put back on her sullen teenager face. All these inner impulses drive so much of teenagers’ interactions with adults, yet we too rarely see it onscreen.

The film is a little less nuanced that Moretz’s performance, but I don’t exactly know that this is its failing. As I stated at the front, we have every reason to make films about how awful these organizations are. They’re out there every day screwing up someone’s life. If anything, the film’s period setting (early 90s) lets them off the hook a little too much, situating their educational videos and cultural references in a bygone era that makes it easier to laugh at them than truly wrestle with their impact. But when you’ve set up a showdown between victims and oppressors, with only slight nods to the genuine inner struggle kids have when growing up queer with nobody to validate those feelings, it’s going to be somewhat flat, dramatically.

However, this is fairly straightforwardly a film for teenagers. Last year’s Novitiate provided the more dynamic adult perspective on a quite similar conflict. As a film for teenagers, The Miseducation of Cameron Post is dynamic enough, relatable, and carries the most important message you can take in at a young age – be willing to cast aside those people that do not love you.