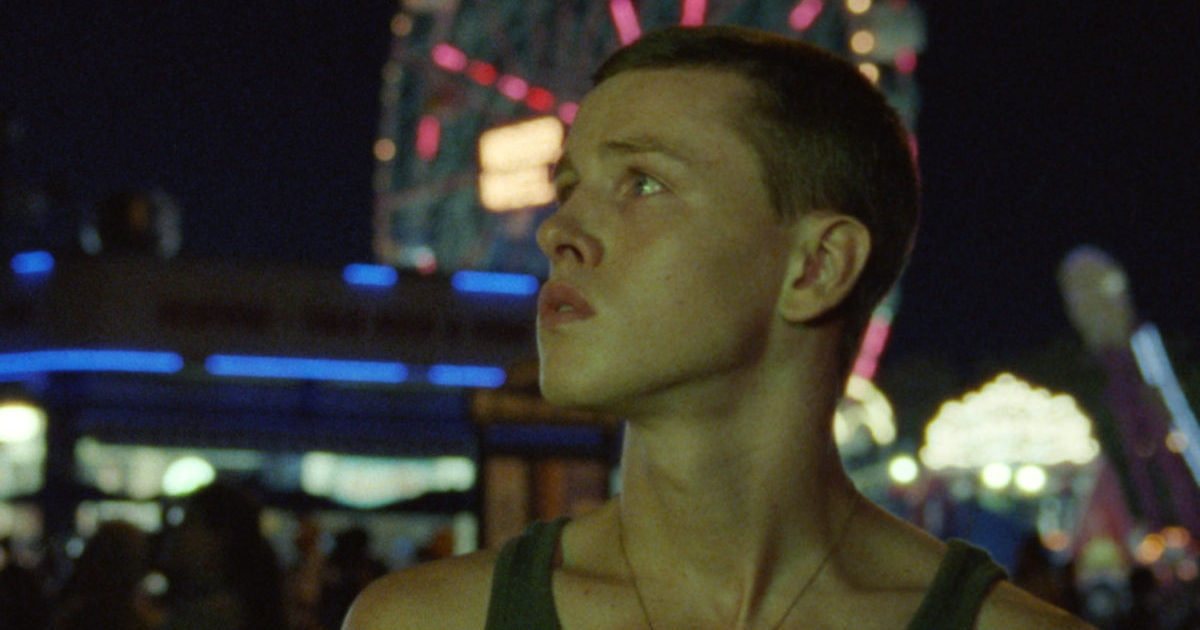 Frankie (Harris Dickinson) doesn’t have a whole lot going on. He lives at home, where his dad is dying. He isn’t in school. He doesn’t have a job. He’s in his early twenties and spends his days hanging out with his loser friends around Brooklyn. At night, he’s started to wander around chat sites for local gay men. His mom starts asking questions. His friends start asking questions. So he strikes up a relationship with Simone (Madeline Weinstein), a young woman without much going on herself, who provides a good alibi for how he really spends his nights. But facades rarely last.

Modern American cinema rarely engages with dumb people or self-loathing homosexuality in an earnest, compassionate way, and both traits instantly set writer/director Eliza Hittman’s sophomore feature apart. Frankie doesn’t have a great deal of intellectual resources at his disposal, nor the capacity to look beyond his narrow-minded community. Even within Brooklyn, depicted so often these days as a white liberal paradise, one quickly understands that his sexuality would not be welcome. But he either can’t get past the idea that he could build a life apart from that, or that there’s nothing wrong with who he is. The film doesn’t make clear what’s holding him back, in part because I doubt Frankie understands it himself.

Dickinson plays this uncertainty very well. He constantly seems to be checking others’ eyes to ascertain how he’s coming off – if he’s appearing comfortable enough with Simone, if some gesture towards a man appeared flirtatious. More than anything, Frankie is terrified he’ll meet up with the wrong guy, somebody who his friends know. Brooklyn’s a fairly large community, but it isn’t that large, and collision becomes inevitable. Dickinson leads with that fear, and his natural charisma lets it recede from others’ notice. It’s not until several dates in that Simone takes seriously how distracted and unconcerned for her he is. His friends never really notice at all, chalking unusual behavior up to drugs or lack of sleep.

Like I said, these are not smart characters, and I don’t mean that derisively. A great many people go undereducated in this country and remain proudly ignorant. They deserve representation in the cinema, so long as, like any good movie, it is honest in its depiction. Hittman sees a narrow road available to Frankie, one he might not even be able to find, in order to attain happiness. Hittman continually returns him to the same locations – home, the boardwalk (and the same bench therein), the store where Simone works, etc. – in order to underline how narrow his vision is. Even his hook-up spot, a secluded area of trees near the beach, is consistent. He knows he’ll be safe there. The few times he steps out of these comfort zones are when his secret is most vulnerable, until eventually even these safe spaces become corrupted.

The search for identity is too often presented as a clean process of discovery in the cinema. Just as often, it’s an intensely painful one that causes personal and social harm, and self-acceptance isn’t always a given. Beach Rats is the rare film to acknowledge this.