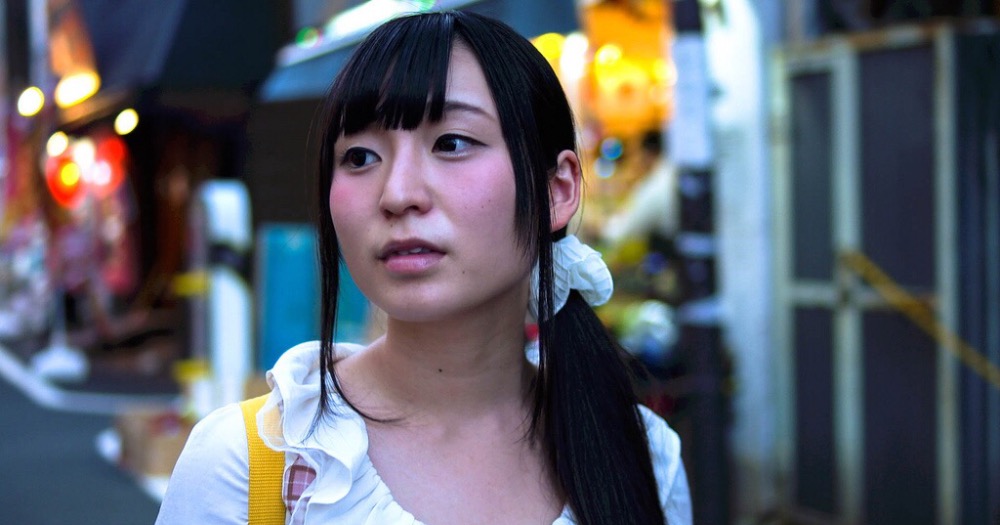 The loose-knit collection of films that fall under the category “documentary” can take on nearly any form they want to, but too many take a standard form as read without considering the meaning of the images they lay down. You know the type – a camera crew follows a few people around as they go about their business, occasionally stopping them for interview segments, and possibly interspersing archival footage where appropriate. Kyoko Miyake’s Tokyo Idols operates in this form, but quickly transcends it. Every image requires the viewer to look a little bit deeper, to second guess its presentation and what’s being directly stated, and quite often to look even a little beyond whatever they might find from there.

The “idols” the title refers to are teenage female pop singers who don’t yet have a proper recording career, but who perform for legions of loyal fans almost nightly. These crowds range from a half-dozen to a few hundred. They are almost entirely male, and they trend considerably older than the girls they worship. Some are in their early twenties, but the film is most interested in those in their forties. And many are there to see them every single night.

To deny the sexual component would be absurd, but to blame it all on sex would also be reductive. Their relationship is best summarized by the handshake, nearly the only form of touching typically allowed at the meet-and-greets the girls host on a regular basis. The handshake, we’re told, has a longer history as a signifier for sex than its modern association of friendship and camaraderie, so by allowing it, the girls are tacitly acknowledging the men’s interest while maintaining a degree of deniability that retains their honor. The men, meanwhile, hold no illusions that the girls would ever take an active interest in them. But to them, the idols are not merely sex symbols – they represent freedom.

The men’s stories are uniform – they work boring jobs, they never quite lucked out in relationships, and they’ve never had an avenue to express themselves. The idols give them that. The ecstasy they express at the shows is that of finally finding freedom. It’s just that, as one might expect, many take it too far. One man went to 700 shows in a year. Another spends $2000 a month on shows and merchandise. Many have no savings left. Some have quit their jobs. These men of extreme devotion are called “otaku,” and a great many idol songs are geared to making them feel awesome.

Miyake makes her perspective on the whole affair evident through interviews with journalists and sociologists, who are either skeptical or outright disdainful of the culture. Beyond the blatant sexism and lechery, it contributes to a larger problem in Japanese society of men shunning the dating scene in exchange for various passions, causing a notable drop in the national birth rate.

But the film is far too multidimensional to merely be a scold. The girls maintain a certain awareness of the effect they have on the men, and some acknowledge that the attention they receive can be overwhelming or even scary, but those in whom Miyake is most interested – especially a girl who goes by Rio – work extraordinarily hard at what they do. The film estimates there are 10,000 girls in Japan who identify as idols, and it takes extreme dedication to build a loyal following. Girls like Rio put on near-nightly concerts, livestream web videos a couple times a day, and tweet constantly. Late in the film, she cycles up and down Japan on tour, meeting fans wherever they might find her (and thanks to the livestream, they do find her).

The film acknowledges these positives – the opportunities these young women can find, the outlet for expression the men experience – while allowing us to look at all of this and recognize it to be more than a little creepy. One man’s apartment is filled with merchandise for his favorite singer, and he’s obsessed with being declared her number one fan. Another leads a group of “brothers” dedicated to Rio. They don’t really have friends, or keep much in touch with family. They’re just dedicated to the idols.

As one might imagine, too, idol culture is a visually-driven one, so whatever I can say here will barely scratch the surface. Words can’t quite describe how unusual it is to see fifteen middle-aged men doing identical dance moves at a live show, or the sight of them lining up for meet-and-greets, or the hundreds of people that fill a sports arena for an annual Idol election. Words can’t account for the assaultive, celebratory music, reason alone to see this theatrically. It’s some of the more challenging, unusual, unnerving, occasionally inspiring and ultimately bewildering 88 minutes I’ve spent at the movies in some time. 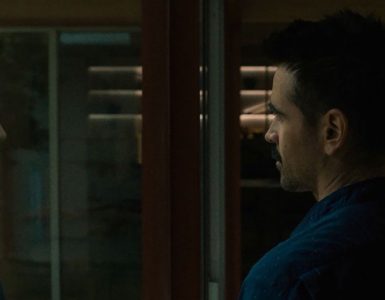 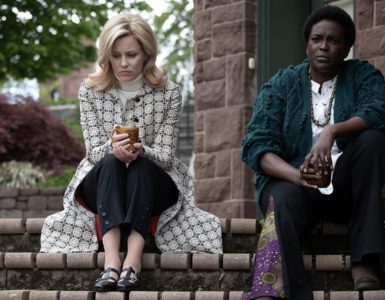 In this first dispatch, we look at two documentaries and a social issue fiction film from one of today's most beloved writers.