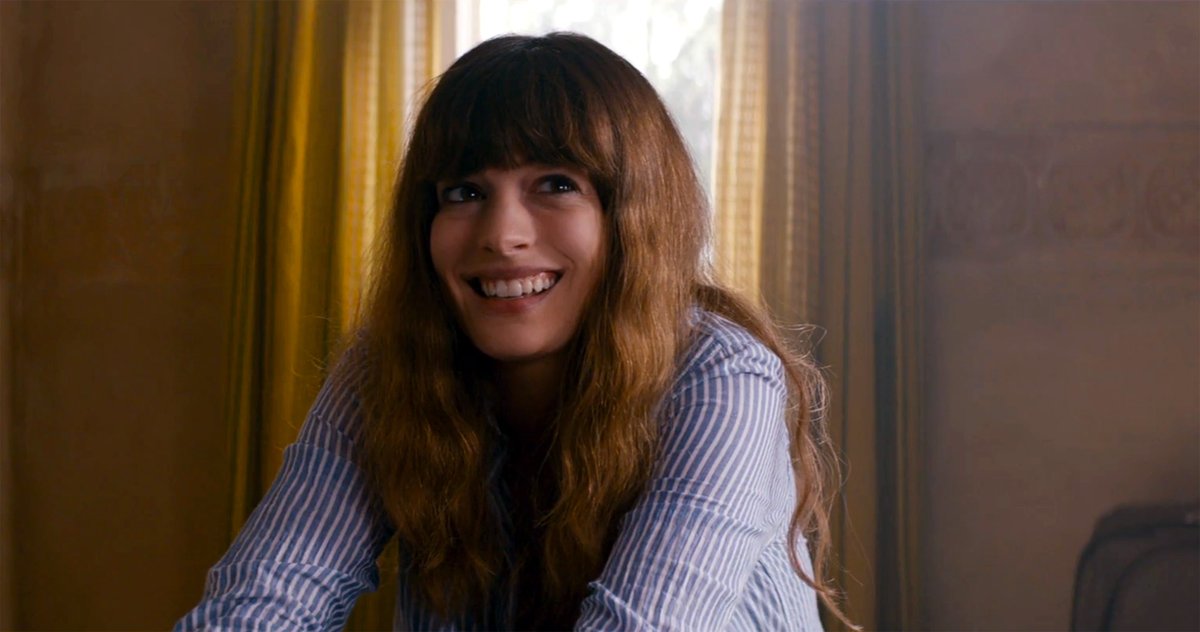 Sci-fi has a long, storied, thoroughly-explained-by-that-guy-at-the-comic-shop tradition of layering social commentary into their seemingly-escapist storylines. So don’t you worry, viewers, your movie about Anne Hathaway sharing a psychic link with a giant monster will have #themes. And they won’t be subtle.

Hathaway plays Gloria, an alcoholic magazine writer whose boyfriend (Dan Stevens) has had it up to here with her irresponsibility, sending her packing back from New York to her small hometown. Her parents still own a largely-unused house there, so she plops down on incrementally-more-comfortable surfaces and tries to go about the business of sorting out her life. She meets up with Oscar (Jason Sudeikis), a childhood friend who never quite left town. He brings her around to the bar he owns, introduces her to his ne’er-do-well friends, and before she knows it she’s blacking out again.

On this particular binge, she wanders through her grade school playground. At precisely the same time, a giant monster shows up in Seoul, South Korea and wreaks havoc. The two events are not so distantly-related as their geography might suggest. Gloria can control this monster when she’s in this playground at a specific time of day. Whatever she does, the monster does. If she’s stumbling around drunk, so too will the monster. Only it’s huge, and there are people and buildings everywhere.

There are a lot of rules surrounding all of this – it has to be in the playground, it has to be at a specific time, and the origin behind all of this is terribly elaborate. But this all becomes a perfectly-adequate reflection of the damage one can unthinkingly do while drunk, with a dash of the western dehumanization of global crises. If it happens in America, it’s a catastrophe; if it happens in East Asia, it’s almost as though it doesn’t happen at all. Soon enough, Oscar’s bar has drawn in more business and people are cheering on the monster’s increasingly-frequent arrival.

Meanwhile, back home, Oscar is trying to put the moves on Gloria and coming up short, a distant gambit made all the more difficult by his having introduced her to his much-better-looking friend (Austin Stowell). Like most men who have harbored long crushes, he feels a certain ownership of Gloria and isn’t particularly keen on the whole free will thing. Hathaway is particularly good at playing the tension here. Gloria isn’t exactly unaware of the effect she has on men, and she exploits his desire for her to a degree. Hathaway recognizes when Gloria is falling back on routines that have made her popular in the past, and the frustration that comes from old habits that feel good but end poorly.

The problem comes when writer/director Nacho Vigalondo asks her to step up the dramatic confrontation a bit – so much of the film has been built on deflection that honest confrontation starts to feel awkward, and the scenes in which Gloria has to honestly come to terms with what she’s done (either on the playground or “in real life”) are quickly shrugged off for the next round of drinks. There’s a character beat in here, where Gloria should be the one deflecting, but neither Vigalondo nor Hathaway make that leap.

Written By
Scott Nye
More from Scott Nye
These two films, made only a year apart from one another, show...
Read More