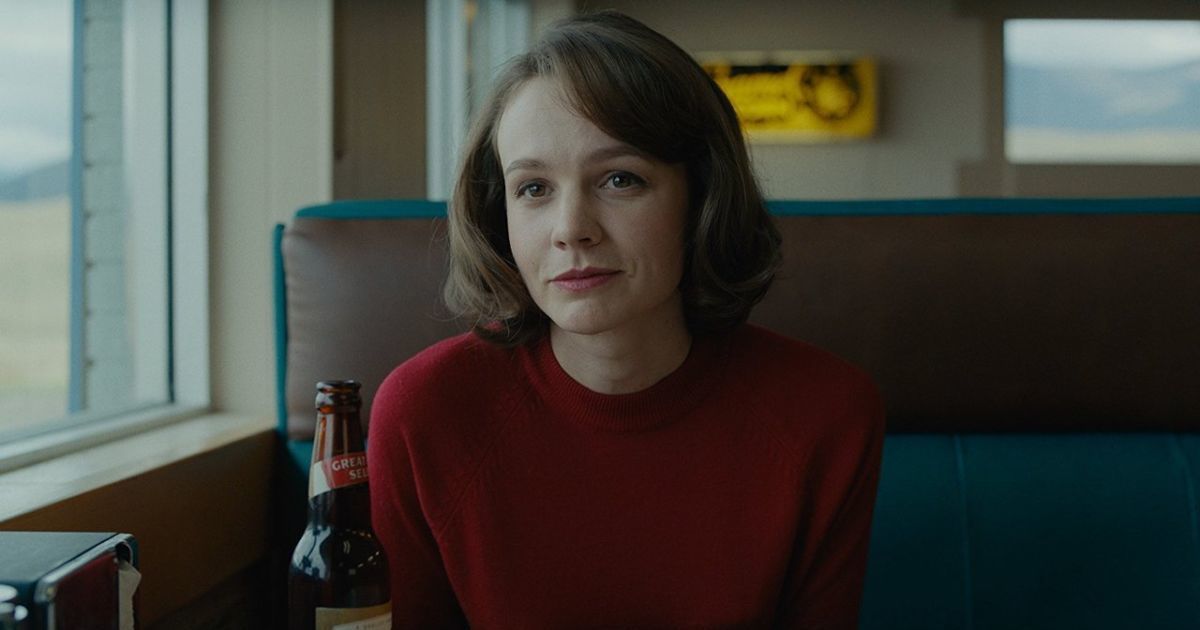 The prestige debut film is cornerstone of the modern art house market, and thus a persistent presence at Sundance. They are beautifully (almost too-cleanly) photographed, ostentatiously performed, over-explanatory, and narratively tidy. Paul Dano’s Wildlife has some of these pitfalls – in particular, it feels terribly insular to the point that anyone besides the four main performances feels under-directed – but is on the whole a mature, thoughtful film that I found awfully affecting.

Joe (Ed Oxenbould) has been on the move. His parents are habitually restless, rambling generally eastward in search of new jobs, new neighborhoods, new lives. At fourteen, he’s too old to keep going through it and too young to do anything about it. Lately, they’ve settled in Montana. They don’t know anyone. Jerry (Jake Gyllenhaal), is making the best of his job at a golf course, which means nothing when he is suddenly fired. His wife, Jeanette (Carey Mulligan), seems used to making the best of a bad situation, but is increasingly frustrated with Jerry’s stubbornness. She starts looking for work herself. She encourages their son to do the same when he suggests it. And before long, Jerry’s so fed up with being looked down on that he feels the only way out is to haul out of town and go fight the seasonal forest fire that is consuming the state.

And then things really get bad.

Jeanette’s world suddenly opens up, and she starts to see herself apart from her roles as wife and mother. This would be a fine and healthy realization if not for the fact that she still has Joe, who is now stuck fixing himself dinner and doing household repairs without a word from her as to when or why. Dano’s direction uses Joe’s vantage as its base, situating the viewer in POV shots or over-the-shoulders to emphasize how alien Joe’s life has become to himself, how difficult it is to see what his mother is doing or comprehend where she might go next. She’s regularly switching jobs, and before long starts flirting with another man. Joe, craving stability, has to sometimes beg for time to do his homework or remind her he’s in school at all.

Mulligan has proven a rather unpredictable actress since her breakout role in 2009’s An Education. She’s been a supporting player as often as a star, the latter parts often in British costume dramas that haven’t quite landed. Wildlife gives her more to play than possibly any film role she’s yet had, letting her be flirty, cruel, headstrong, stubborn, charming, and terribly rude. As Joe becomes the only person she can depend on, Jeanette opens up to him in ways most mothers probably shouldn’t, and Joe simply is ready for. Mulligan synthesizes Jeanette’s multiple strands by always keeping an eye on at least one other emotion – she’s rude when she’s flirty, stubborn in her charm, etc. She can seem to be doing the right things for the right reasons, then unveil that she really doesn’t have a clue.

Jeanette is only 34, and like a lot of young mothers, doesn’t seem to have realized until her child starts to break out on his own that her youth has entirely passed her by. This is set in the 1960s, so it wasn’t uncommon for a woman to have a child at twenty, but few women had their worlds fall away from them as Jeanette does. It’s a rough realization, one that gets played in stages. Paul Dano and Zoe Kazan’s screenplay, adapted from a novel by Richard Ford, wisely doesn’t overplay her motivations at any given moment by lending gravitas to the most meaningless gesture. Unlike a lot of directorial debuts, Wildlife lets its characters do and say stupid things for no reason at all. This is especially important as the film wanders into some potentially ridiculous territory towards the end, ridiculousness that is undercut by Dano’s portrait of these action as futile and almost silly. Better still, Dano and Kazan know when to restrain themselves, when to limit their characters to a single line, or show in a single shot – Jeanette’s clothes tangled up in another man’s in the bedroom they just left – a range of complex emotions that dialogue would smother.

This all makes it awfully easy to overlook the film’s shortcomings, most of them the result of a director in development. The underdeveloped side characters nags as a limitation to its world – it sometimes feels like the whole town is making space for the Brinson family – and Diego Garcia’s cinematography and Akin McKenzie’s production design tend towards the overly-ornate. I’ve been to Montana many times, and it’s a beautiful state, but the places within it are far from the pristine environments the family moves about. Again, these are common mistakes for an eager young director, and I was far more impressed by everything that’s mature and fine in Dano’s debut than I was distracted by his blind spots.