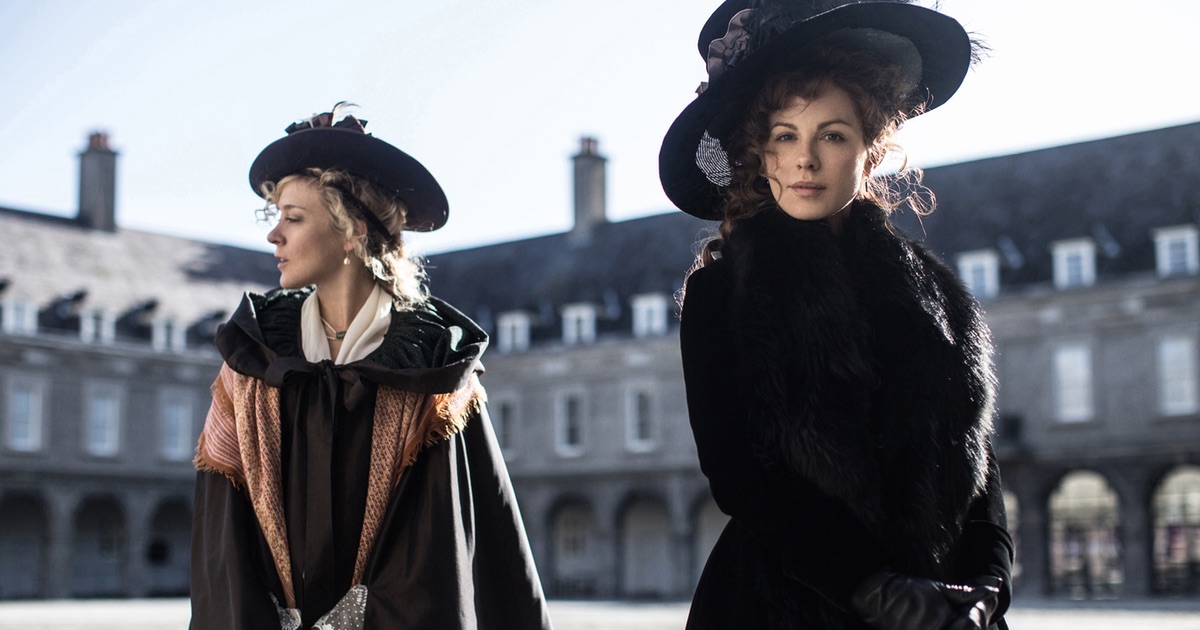 Love & Friendship begins in good faith, introducing the audience to its large cast via a series of medium still shots of the actors looking directly to camera, with text telling us their name, relation to another character, and perhaps a personality trait, all in the manner of a police record (“Brother of ______; bit of a rattle” goes one). These facts are only of use if you’re the type to remember the names of every guest at an unfamiliar dinner party; for most, the task will prove largely impossible. But by giving us a moment to look at them, how they pose and situate themselves in their environment, we may not learn who they are, but we can associate immediately what they are, whether they’re prideful or shy or cunning or honest. By the time they then show up in the main action of film, we have predetermined associations, and a sense of how they might fit into whatever scheme has thus far been established. For a narrative controlled by whomever can best wield language and posture, this is key.

We are unsurprised, then, that Lady Susan (Kate Beckinsale) should most command this vessel. The epistolary novel by Jane Austen (written in the late 18th century, published in 1871) is named for her, in fact. She is a widow, with a bad reputation in town, and so heads to the country, specifically the receptive (if not welcoming) arms of her sister-in-law Catherine (Emma Greenwall) and her husband Charles (Justin Edwards). In reality, she is quite poor, and dependent on loved ones for the basic comforts of upper-class life, a situation she intends to bind herself to by means of marrying off her daughter Frederica (Morfydd Clark) to the richest simpleton who comes knocking – Sir James Martin (Tom Bennett). That everyone immediately agrees he is a silly man does not worry Lady Susan, who knows what it is to live without money among those who have it, but it is of considerably greater concern to Frederica, who is still young and set on ideas of love. Nobody else really wants Frederica to marry Sir James, but nobody seems quite able to talk Lady Susan out of her plans either. Everything she says makes perfect sense and yet is completely wrong.

For a certain type of audience, Whit Stillman unleashing his wit in this setting is the nearest to bliss one can hope to glance in this life, and I am certainly among that number. Adapting a novel of letters into a film of talk is a considerable task, made all the more impressive by the apparent fact that he spent a good deal of the production constantly rewriting it to best take advantage of the particular skills her cast employed. This allows for a good number of charming asides, particularly from Sir James (who musings include the wonder of peas and the glory of the Twelve Commandments), without succumbing into pure improvisatory silliness. Stillman trusts the strength of Austen’s structure and characters, and this 92-minute film moves with the strength and grace of a figure skater who just happens to win the speed-skating competition. It rarely seems to be hurtling anywhere, yet by the time it arrives, every decision seems to have been made with absolute purpose and clarity of vision.

Beckinsale previously teamed with Stillman for The Last Days of Disco in 1998, and has done little since to remind us of her skill with such verbiage. Stillman uses the forcefulness of her star persona well. In a cast of good-looking people, Lady Susan must be the most beautiful and beguiling, but, at her age, cannot be a simple flirt either. She attains power and position because she assumes it, even as a guest with little money of her own. She twists other’s words and socially-agreed-upon virtues to her advantage, honoring none of them in her own actions. She could easily become a villain were she not so damn funny. The rest of the cast more than meets the challenge she reflexively lays down, especially Bennett – Sir James recognizes that he must master language and posture, yet cannot settle on any manner of expressing either – and Greenwall – Catherine carries a good deal of authority in her home, but as Lady Susan is an extension of her husband’s late brother, has a good deal of navigation to do within that context.

All manner of sex and intrigue follows, with consistent razor-sharp wit and as many laughs as I got during the entirety of the festival. Those less inclined towards ornate dialogue and period settings may find the whole affair a trifle stiff, but Stillman’s playfulness should prove more than welcoming for anyone willing to take a chance on it. 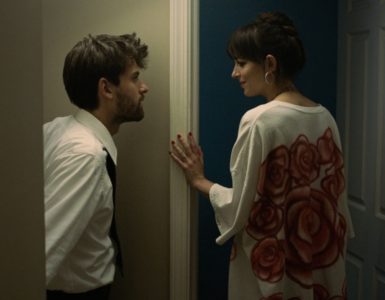 Closing out our Sundance 2022 coverage, we look at two Dakota Johnson-starring comedies and a one of a kind horror film. 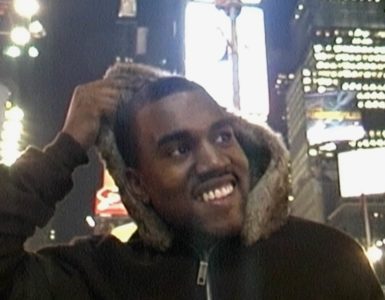 Sundance 2022: Meet Me In The Bathroom, jeen-yuhs And We Need To Talk About Cosby [Festival Dispatch]

In this dispatch we look at three very different pop culture documentaries. 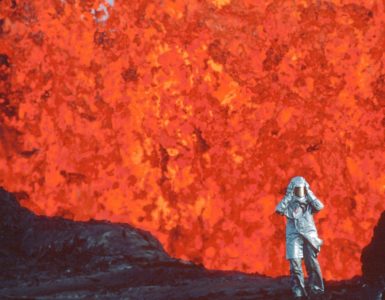 Sundance 2022: Every Day In Kaimuki, When You Finish Saving The World, Lucy And Desi, Fire Of Love [Festival Dispatch]