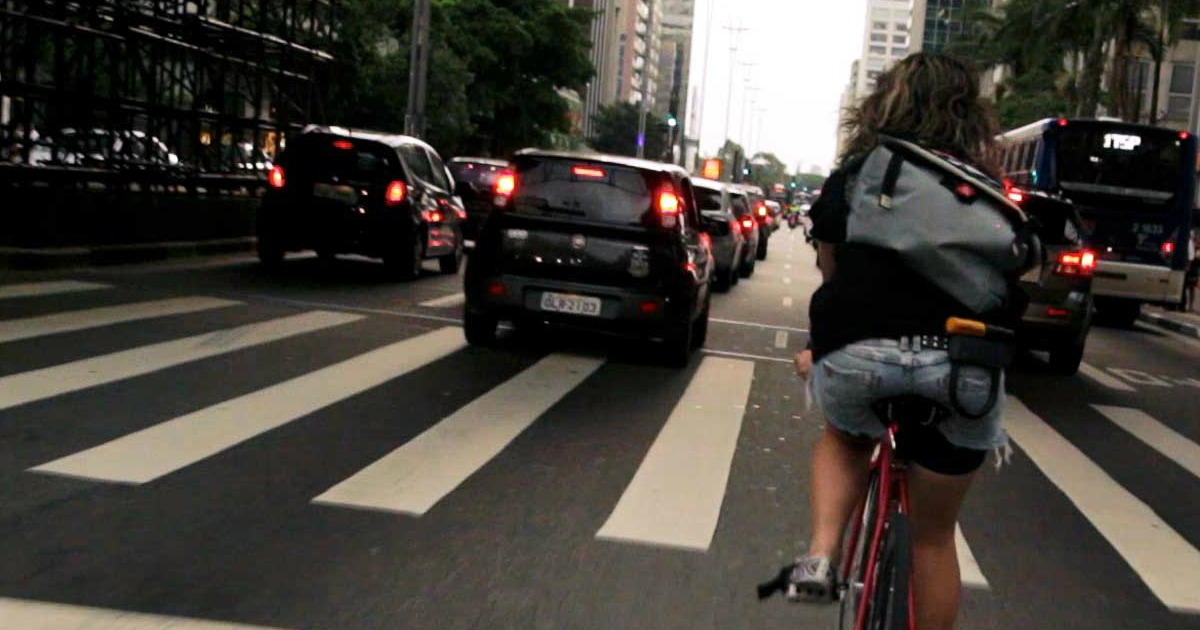 We use them every day. Getting to work. Driving home from work. Going to the grocery store. Hell, most of us cinephiles use them if we decide to turn off our Netflix accounts, get out of our caves lined with Criterion Blu-rays and Mondo posters and actually head out to a theater. However, as this new documentary shows, the car may be more of an enemy, than a friend.

This is a world driven by the car, and not the other way around. With cities growing, and the number of lanes on the highway increasing exponentially, the car has become not only man’s worse enemy, but as seen by the ever growing case of climate change, the world is truly being done a disservice by the motor vehicle. Bikes Vs. Cars, the new documentary from filmmaker Fredrik Gertten (making its debut at this year’s SXSW Film Festival) hopes to bring this, and the fact that urban planners are only aiding in this sickness, to light.

Taking us across the globe to introduce us to various activists and their attempt to bring the bicycle back into the eyes of a society hell bent on making it an impossible to use mode of transportation, Gertten’s film takes us to places like Toronto and LA, showing men and women fighting for the bicycle. Once an iconic and widely used mode of transportation, the film gives us a stark look at the history of the bike, and in many cases the way it was wiped out by the introduction of the car, and thus the expansion of Big Auto and Big Oil into the world of politics and urban planning.

However it’s not going down without a fight. The film’s central focus is on a series of activists who want to change this. Paired with the case study that is Copenhagen, a city where 40% commute within the city by bike, these activists take any move necessary to break down the hold car, oil and construction conglomerates have on the world. Be it by staging fun and ever expanding “naked” rides or be it sitting in front of machines as they try to literally wipe bike lanes off the map, this is an involving and magnetic piece of non-fiction filmmaking that is a calling card for one of today’s most important causes.

Visually, the film isn’t groundbreaking, but it does the job. Beautifully crafted, this issue documentary features some fantastic photography, and is impossible to turn away from. The jet-setting structure keeps the viewer perpetually enveloped in the narrative, and the ground level activists we follow give the film a much more intimate and powerful point of view. A picture that looks at everyday citizens trying to take on a worldly issue driven by three of the biggest machines in modern society, this is a briskly paced and ever engaging bit of documentary cinema.

Despite being relatively short, and not ultimately saying much about the central topic that hasn’t already been covered in this age of climate change documentaries coming what feels like monthly, this is a beautifully toned look at the struggle of everyday pedestrians to make the bicycle not only a viable, but safe, mode of transportation.