What leads us to seek revenge, when we’ve been wronged? How can a revenge film be touching and hilarious, and in the end, satisfying to all that watch it? Jean Pierre Jeunet attempts to answer these questions in one of my favorite films that I had the honor of seeing while at this year’s SXSW in Austin, Texas.

After an accidental drive by shooting leaves our hero, Bazil, with a bullet lodged in his skull, he sets down a path that will lead him to the doors of two arms manufacturers, who essentially led to the death of a family member, as well as the bullet he carries with him, and cannot remove, lest he risk his own life. On this journey he is taken in by a rag tag, group of misfits, living in what is essentially a trash heap, but in reality is the largest swiss army knife at their disposal. Everything they need to orchestrate the take down of the heads of the arms manufacturers is at their disposal, and they use them all to hilarious ends. Each member of the group has their own talents, their own unique quirky traits, that come in handy at just the right moment.

Jean Pierre Jeunet has knocked another film out of the park. His visual style is as strong as ever, creating a vision of Paris that few will find in reality.

This movie was indeed a joy to behold, and everyone I spoke to about it felt the same. I don’t necessarily think that this film will find as broad an audience here in the States, for the simple fact that at the heart of this film, there isn’t a compelling love story, which we saw in films like Amelie and A Very Long Engagement. I don’t know if those films were as popular as I like to think among the population at large, but I think this film may do less. It is not, certainly, any less of a film. It has gorgeous visuals, hilarious dialogue, a lovely score, all evidence that Jeunet is a director that needs to be included in the Criterion Collection.

The fact that he has not made it in can be looked at in two lights. One: Perhaps Criterion just cannot afford the rights to distribute his films, because they are popular, and financially successful in the home entertainment market, which should certainly make us all smile, knowing that people are buying and watching good films. The other way of looking at it could be the fact that Criterion simply has too much on it’s plate already, and that they will get to Jeunet in time.

Micmacs is a film that you should all go see, but don’t see it alone. Bring your friends, your family, to really experience the comedic elements of this film. See it on the big screen, so that you can marvel at how truly beautiful the colors are. Finally, see it on the big screen simply for the fact that during the Q&A, Harry Knowles brought up the idea of Jeunet shooting this film in 3D, and Jean Pierre was absolutely ecstatic about the idea of working with the new technology. See this movie on the big screen, and try to imagine it in 3D. 3D films don’t necessarily need to be big spectacles, or event films like Avatar, to really use the technology to artistic ends. The final shot of the film, a dress dancing on its own, left me on the edge of tears of joy, in how much damn artistic ability Jeunet has in the smallest of ideas presented in his films. 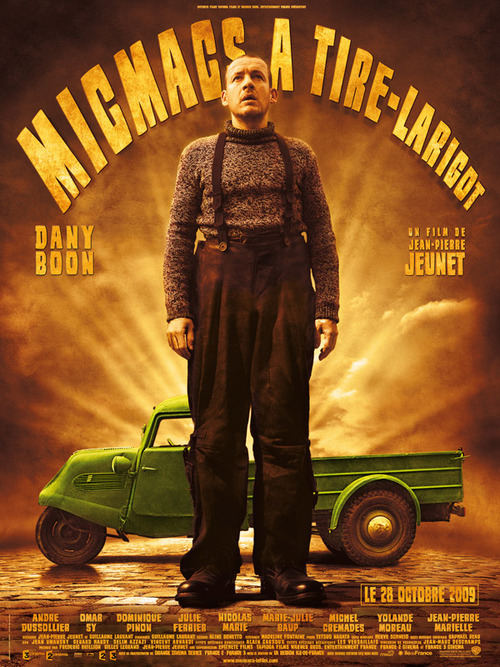 With SXSW 2021 now in the books we look back at how non-fiction films took over the virtual festival this year.