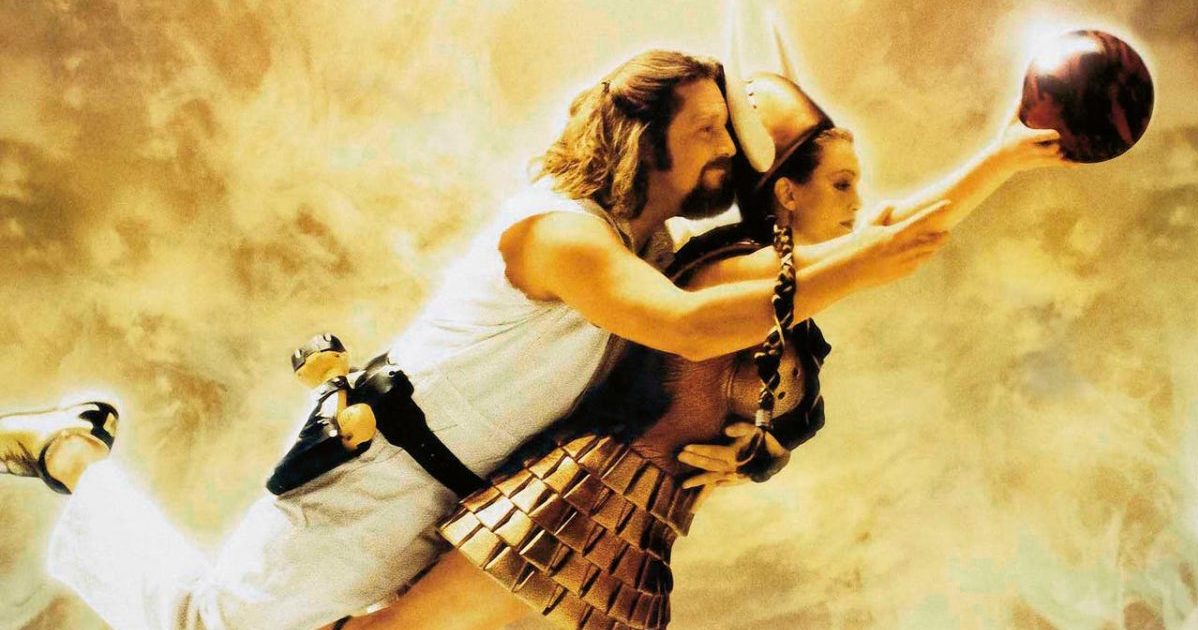 I first saw Joel and Ethan Coen’s The Big Lebowski when I was a sophomore in high school, on the recommendation of some stoner upperclassmen. Now, I’ve never been cool, but for some reason, pot movies generally work for me, and much as the cinephile crowd has tried to emphasize its detective-movie bona-fides over the years, there’s no getting around it – The Big Lebowski is a spectacular stoner movie. Its hero, who demands everybody call him Dude, is an unemployed burn-out who likes to bowl and get high, yet he’s high-functioning enough to navigate and eventually solve what he repeatedly asserts to be a very complicated case. It has jokes that become clearer on repeat viewing, and flat-out dumb humor that only gets funnier the more you watch it. A film’s ability to rewatch it over and over and over again is a key appeal for a stoner film.

It’s not like I’m some smooth cat now, but when I first saw The Big Lebowski, I was very high-strung and stuck-up. The idea of going with any flow or letting the most minor sticking point escape me was impossible. I was impossible.

The film didn’t completely change me, but it did alter my perception. I used to think I was trying to be The Dude, but rewatching it again, it hit me that I must have, on some level, realized that I already was. In some ways. I might not be a stoner and I might have a bit more natural drive (or just be a bit more concerned with making rent), but The Dude is not purely this laid-back carefree fella. Jeff Bridges molds a character who seems to want to present himself at all times as exactly that, but inevitably f(l)ails. Around new people, he’s the embodiment of The Dude. He’ll throw out sarcastic remarks, lean way back in whatever chair he’s given, and just generally make clear he’s above their bullshit. Around friends though, like his bowling mates Walter (John Goodman) and Donny (Steve Buscemi), he’s a nut. He’s aggravated by every little thing, constantly trying to steer them a different way, and really as ornery as the next guy. And the more he gets to know the people he meets throughout the film, the more ornery he gets around them, too.

The Dude was famously inspired by Jeff Dowd, an independent movie producer, but to whatever degree the Coens took details of his life and personality, the character remains their greatest creation. He’s the one guy they can’t editorialize, can’t mash into a clean moral the way they often do, and can’t reduce into just another fool. He seems to at every turn beguile, confound, and fascinate them, and every time they want to nail him down (as when he nails down a plank of wood in an ill-conceived attempt to shutter his door), he upends their plans. Writers often talk about how their characters take on a life of their own, and start to speak and behave for themselves in the writing. The Coens are characteristically very controlled storytellers, each element and line having a distinct place in their larger scheme. The Dude is the one man who can’t be contained in that environ. Can’t be held down by The Man.

I can’t even imagine how many times I must have watched The Big Lebowski throughout high school and college. I was very much that guy, associated with frequently wearing a bathrobe (or, later, the “Dude sweater” my dad got me for Christmas) and sandals, often called “The Dude” by friends, blasting Creedence, the whole nine yards. Great times, don’t regret them for a second. Anyway, while I’d watched the film with friends a lot, I’d never seen it with a real audience, and even if it’s a tad on the recent side for how I like to spend my TCM Fest, I couldn’t pass up my chance here, especially with Bridges himself in attendance for what turned into a 30- or 40-minute conversation with Ben Mankiewicz. They talked about his career (especially in the 80s and 90s), his gradual path to acceptance that he’d be an actor, his seemingly permanent association with The Dude (I’ve never seen someone as accomplished as Bridges who is as thrilled to be associated with such a role), and random ephemera about the production. He even lead the nearly-packed 900-seat theater in a meditative “ommmm” to get everyone in gear.

The film itself played wonderfully, with different sections of crowd (even individuals) latching onto specific lines to send them in fits of laughter, and the big moments playing truly big. I was reminded of all the terrific performance bits (Philip Seymour Hoffman’s frozen-robot stance after he leads The Dude into The Big Lebowski’s chamber), the odd throwaway lines (“Woo! I’m throwing rocks tonight!”), and how strange and human the film is, how out of step it now feels to modern cinema where it once seemed to define it. Its fade from cult classic to genuine classic hasn’t removed a bit of its sheen. It’s one of our great elemental films – like Sunrise or Sansho the Bailiff or L’Atalante – so iconic and embedded into the fabric of the form, so explicitly itself that, love it or hate it, you can’t really argue with it. It’d be like arguing with the sun. It’s just there.

Written By
Scott Nye
More from Scott Nye
Even Bill Murray can't save this one.
Read More