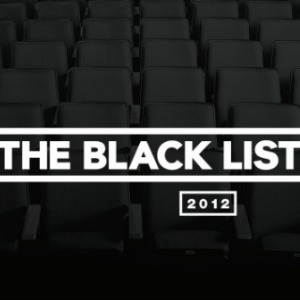 Most awards given this year will be for full feature films, documentaries, or their stars and directors. However, when it comes to The Black List, a very select group finally gets their due.

Each year, The Black List reveals the greatest that Hollywood has to offer in the world of yet-to-be-produced screenplays. With various projects featured here coming your way relatively soon, these are some of the hottest films in Hollywood right now, and the top script is no different.

Leading the way is Draft Day, a film that follows the GM of the Buffalo Bills pro-football team as he makes a difficult decision on draft day. With Ivan Reitman looking to direct, the project is one of the more talked about pictures coming down the pipeline, despite having Paramount recently pass on the picture.

Toss in some films about Dr. Seuss and even Watergate, and you have yet another eclectic list of screenplays this year. Most of these will attract some of the biggest and brightest names in film, so this is about as good a list as any with regards to films that you should be keeping an eye on. Hell, even Sam Peckinpah shows up. Try to not be excited for If They Move’¦Kill ‘˜Em!. Learn more about that, and the leaders of the list, below.

65
DRAFT DAY
Rajiv Joseph, Scott Rothman
On the day of the NFL Draft, Bills General Manager Sonny Weaver has the opportunity to save football in Buffalo when he trades for the number one pick. He must quickly decide what he’s willing to sacrifice in pursuit of perfection as the lines between his personal and professional life become blurred.
Agency: Gersh, CAA
Agents: Lee Keele (Joseph), Chris Till, Bill Zotti (Rothman)
Management: Kaplan/Perrone (Joseph & Rothman)
Managers: Josh Goldenberg, Aaron Kaplan
Production: Montecito Pictures

39
RODHAM
Young Il Kim
During the height of the Watergate scandal, rising star Hillary Rodham is the youngest lawyer chosen for the House Judiciary Committee to Impeach Nixon, but she soon finds herself forced to choose between a destined path to the White House and her unresolved feelings for Bill Clinton, her former boyfriend who now teaches law in Arkansas.
Agency: UTA
Agents: Barbara Dreyfus, Jenny Maryasis
Management: The Arlook Group
Managers: Richard Arlook, Jason Hong
Production: The Arlook Group, Temple Hill Entertainment

35
STORY OF YOUR LIFE
Eric Heisserer
Based on the short story by Ted Chiang. When alien crafts land around the world, a linguistics expert is recruited by the military to determine whether they come in peace or are a threat. As she learns to communicate with the aliens, she begins experiencing vivid flashbacks that become the key to unlocking the greater mystery about the true purpose of their visit.
Agency: UTA
Agents: Barbara Dreyfus, Jon Huddle
Management: Art/Work
Manager: Julie Bloom
Financier: Film Nation
Production: Film Nation, Lava Bear, 21 Laps Entertainment

28
DEVILS AT PLAY
James Dilapo
In the Soviet Union in 1937, a worker of the People’s Commissariat for Internal Affairs finds a list of traitors, which he thinks is going to be his way out.
Agency: Verve
Agents : Aaron Hart, Rob Herting, Adam Levine
Management: Kaplan/Perrone
Manager: Alex Lerner